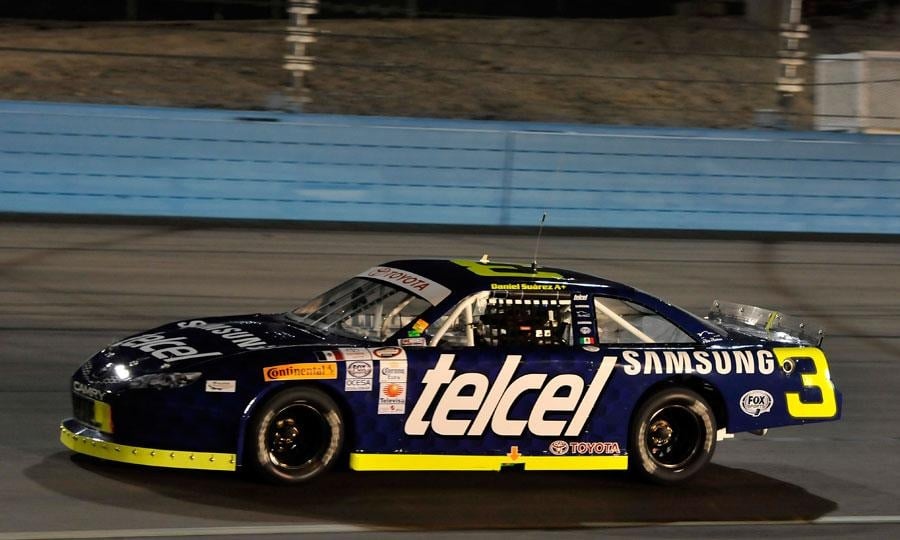 Daniel Suarez is a part of the NASCAR Drive 4 Diversity program, as well as an alumnus of the NASCAR Next program. He is currently running a full season in the NASCAR K&N Pro Series East for Revolution Racing and the NASCAR Toyota Series in Mexico. He opened this season with wins at New Smyrna Speedway (FL.) and Daytona International Speedway in February, and Daniel Suarez currently sits second in points following the first four races of the 2014 NASCAR K&N Series East season. Daniel Suarez also has two wins in the first three races of the 2014 NASCAR Toyota Series season and currently leads the point standings.

“I’m excited for the opportunity to make my NASCAR Nationwide Series debut,” said Daniel Suarez . “I want to thank Telcel and Silent Circle for believing in me and making this a reality. I can’t wait for Friday night in Richmond.”

Daniel Suarez made his K&N Pro Series debut in 2011 competing in seven of 12 races while also competing full time in the NASCAR Toyota Series. He returned to the NASCAR K&N Pro Series East to run nine of 12 races in 2012. Daniel Suarez first East Series’ win came last season at Columbus Motor Speedway (Columbus, Ohio) and he went on to finish the 2013 season with six top-five and nine top-10 finishes in 14 races to earn third place in the final point standings.

While making his mark on the NASCAR K&N East Series,Daniel Suarez continued to run full time in the NASCAR Toyota Series in Mexico after earning Rookie of the Year honors in 2010 with one top-five and four to-10 finishes. During the 2011 season, Daniel Suarez earned seven top-10 finishes to secure ninth place in the final point standings. Daniel Suarez finished the 2012 season third in points with two wins and topped his success the next season finishing second in the final point standings with three wins.

On the heels of his success, Daniel Suarez was named one of the NASCAR drivers ‘25 and under’ to watch in 2013 by Foxsports.com.

“ Daniel Suarez is certainly someone that has proven to have a lot of talent and we are thrilled this was able to come together and allow him to make his debut at Richmond,” said J.D. Gibbs. “I think it’s exciting when you look at the young talent our sport has right now and we certainly feel that Daniel Suarez is going to be part of the future for NASCAR.”

It will be a busy weekend for Daniel Suarez who will pull double duty at Richmond International Raceway competing in the K&N Pro Series East race immediately following the Nationwide Series race on Friday night. He will then drive back to Charlotte to board a plane to Monterrey, Mexico to compete in the NASCAR Toyota Series, hoping to make practice on Saturday afternoon before competing in the race on Sunday afternoon.