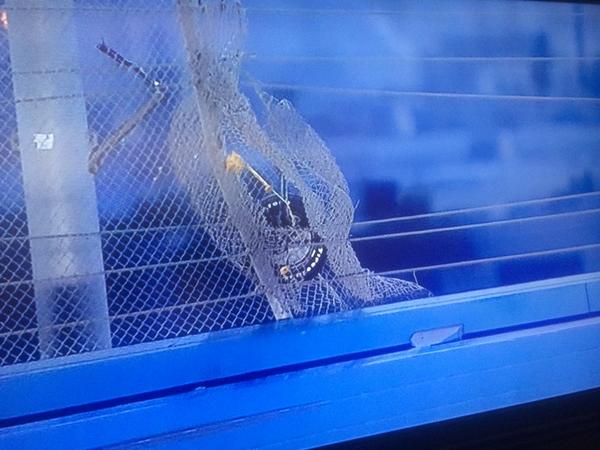 Mikahail Aleshin crash was a three-car accident. It brought an end the final half hour practice session for the Verizon IndyCar Series MAVTV 500 at Auto Club Speedway, with Mikhail Aleshin, Marco Andretti and Charlie Kimball involved in an accident through Turns 3 and 4.

INDYCAR has confirmed Aleshin is conscious and being airlifted to nearby Loma Linda University Medical Center. Aleshin is reported to be complaining of injuries to his right shoulder, and right foot.

As for the accident itself, a wheel tether and wheel itself went through the catch fencing on the outside of Turn 4, with the fence itself sheared away.

Who is Mikhail Aleshin? ( Career History )

Mikhail Aleshin competed in karting from 1996 to 2000. Since 2001 he has taken part in various international open wheelseries. On 14 April 2007 he became the first Russian driver to win a major international single-seater race when he won the opening round of the Formula Renault 3.5 Series season at Monza. He then deputized for the injuredMichael Ammermüller in the ART Grand Prix team at the second round of the 2007 GP2 Series season, becoming the second Russian after Vitaly Petrov to race in the series. He remained in FR3.5 for 2008, taking his best finish in the championship so far despite not winning a race.

He joined the relaunched FIA Formula Two Championship for 2009, driving car number 15. He finished third in the championship, with a single win coming at Oschersleben.

Mikhail Aleshin returned to Formula Renault 3.5 for the 2010 season, partnering Jake Rosenzweig at Carlin. Scoring three victories, he became the champion of the series. He tested for Renault F1 in the young drivers’ test in Abu Dhabiand stated that he was confident for a Formula One drive in 2011, but did not obtain one.

Mikhail Aleshin remained with Carlin to drive in 2011 GP2 Series and 2011 GP2 Asia Series, the team’s first season in the category and Aleshin’s first attempt at the series since 2007. He was partnered by Max Chilton, another driver who had previously been employed by Carlin in lower formulae.

He endured a frustrating Asia series, afflicted by technical problems which left him last in the drivers’ championship, before announcing that he did not have a budget to compete in the main series, and would henceforth be stepping back to the ATS Formel 3 Cup. He then, however, secured a last-minute temporary GP2 deal with Carlin, only to crash in qualifying for the first round of the season in Turkey, injuring metacarpals in both hands which prevented him from racing.

He returned to action for the following round of the championship at Catalunya, but was then replaced by Oliver Turvey as his money ran out. After eight races on the sidelines, he returned to racing action with Carlin at the Hungaroring. He was replaced again by Parente for the season finale atMonza, and finished 32nd and last in the overall standings.

In 2014 Aleshin began racing in the IndyCar Series with Schmidt Peterson Motorsports.