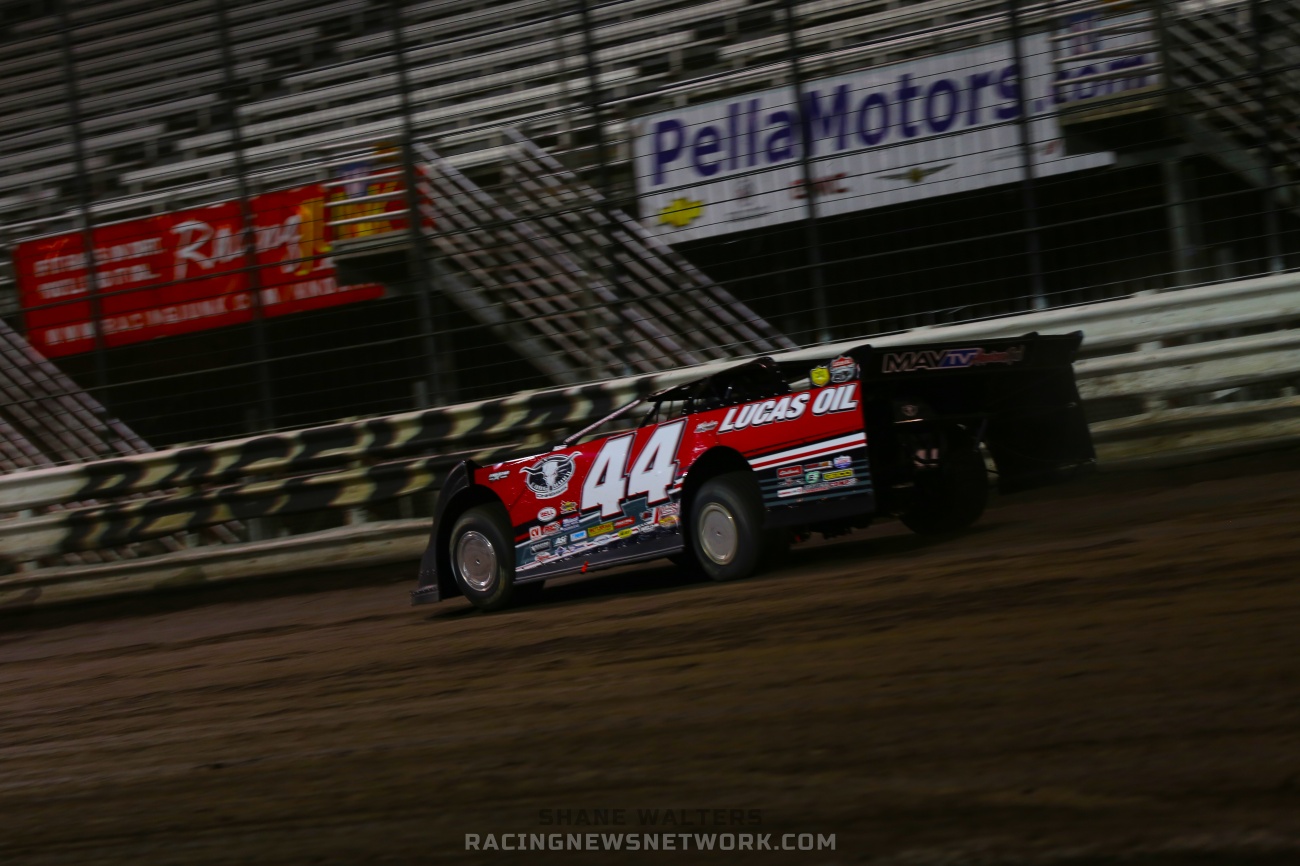 Dunn-Benson Ford Motorsports is excited to announce the team will once again compete on the Lucas Oil Late Model Dirt Series in 2015 with driver Earl Pearson, Jr., of Jacksonville, Florida, behind the wheel. Carlton and Kemp Lamm, owners of the Dunn-Benson Ford Dealership in Dunn, North Carolina, have decided to field a team on the national tour after an eight year hiatus from the sport as team owners. Earl Pearson, Jr. drove for the Dunn-Benson Ford Motorsports team from 1999 through 2006. Earl and the DBFM team won the 2006 Lucas Oil Late Model Dirt Series Championship and the prestigious ‘World 100’ at Eldora (OH) Speedway in their final year together.

After the 2006 season, the Lamm’s decided to sell the team to NASCAR star Bobby Labonte – who formed his own Dirt Late Model racing team and hired Earl Pearson, Jr. as his driver. Pearson and Bobby Labonte Racing (BLR) captured a pair of Lucas Oil Late Model Dirt Series Championships in 2007 and 2008. After eight seasons of following the LOLMDS full-time, Bobby Labonte Racing and Pearson will amicably split following the completion of the 2014 campaign – giving Earl the opportunity to reunite with his former car owners Carlton and Kemp Lamm.

“We are excited to start our team back up after being away from the sport for a while now. It just made perfect sense to team up with Earl again after all of the success that we had together for many years. We always considered Earl a part of our family – a great friend first and foremost – and stayed friends even after we sold the team to Bobby Labonte at the end of 2006. Earl has always been a class act and his entire family are great people. We feel refreshed and recharged to start a team again. Of course, we are very excited to a have Forrest Lucas backing the team once again and all of the great people at Lucas Oil Products,” stated Kemp Lamm, General Manager of Dunn-Benson Ford.

Earl Pearson, Jr. is a four-time Lucas Oil Late Model Dirt Series Champion, as he won the coveted title in 2005, 2006, 2007, and 2008. Earl also won the 2004 Stacker 2 Xtreme DirtCar Series Championship driving for the Dunn-Benson Ford Motorsports team. The popular driver known as “The Hurricane” also has several marquee Dirt Late Model victories on his resume including the 2006 ‘World 100,’ the 2006 ‘Hillbilly 100,’ the 2009 ‘Colossal 100,’ the 2009 ‘Jackson 100,’ and the 2010 ‘Dirt Track World Championship.’ Earl is ranked fourth all-time on the LOLMDS win list with 27 career tour victories. Along with five National Touring Series Championships to his credit, Earl has over 120 Super Late Model triumphs in his illustrious career.

“I am grateful for the opportunity Bobby Labonte gave me over the past eight years. We won two Championships and a lot of races together. Now that he has decided to allocate all of his resources towards the chassis business, I am thrilled to get a chance to reunite with Carlton and Kemp Lamm. They have always been great friends to me and my family over the years. It will be fun to drive for them again and have Lucas Oil on board. I am excited about 2015 and everything the Lamm’s will be putting together, as we start a team again,” commented Earl Pearson, Jr.

The Dunn-Benson Ford Motorsports team and Earl Pearson, Jr. will compete for the Lucas Oil Late Model Dirt Series Championship in 2015 and will enter many of the sport’s marquee events. A full schedule of the team’s plans will be released soon.

For more information about Dunn-Benson Ford, visit their company website at www.dunnbensonford.com.

For more information about Lucas Oil Products, visit their website at www.lucasoil.com.

For the latest breaking news about the Lucas Oil Late Model Dirt Series, including the 2014 tour schedule, TV schedule, drivers, sponsors and all the information about the series, visit the official website at:www.lucasdirt.com.