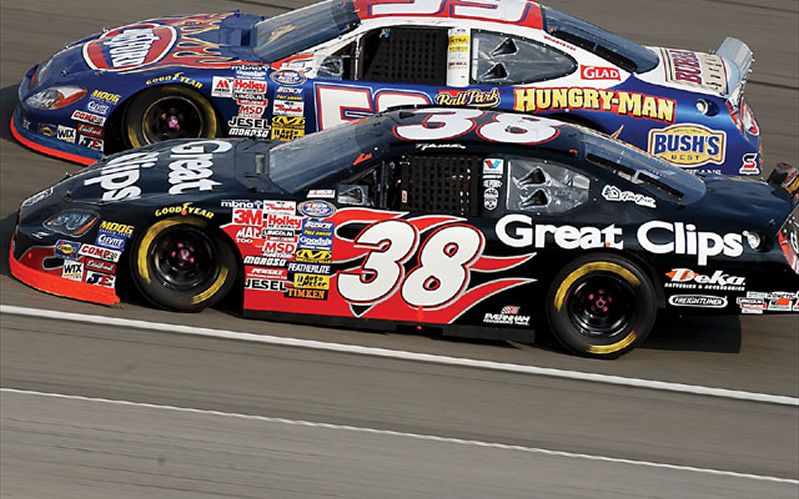 Tyler Walker has had a warrant issued for his arrest. In January, 2013 Tyler Walker led police on a chase that began in Navada, went through Arizona and ended in Utah. Watch the Tyler Walker police chase video below.

ST. GEORGE A 5th District Court judge issued an arrest warrant Tuesday for a former professional race car driver who failed to appear at a hearing to resolve his drug and police evasion charges.

Timothy Tyler Andrew Walker, 35, of Hermosa Beach, California, was scheduled to submit a plea agreement by mail to the 5th District Court, the 12th time a resolution to the case has been contemplated since Walker was charged after a high-speed, 60-mile pursuit from Nevada to St. George in January 2013.

Instead, defense attorney Trevor Terry informed the court Walker had mailed in the wrong plea agreement from California and that Terry expected Walker to return the correct plea agreement by the afternoon.

Judge Eric Ludlow said he will no longer accept the plea agreement by mail, expressing frustration at repeated delays in resolving the case.

“The court has been more than fair to Mr. Walker. My patience is well beyond thin,” Ludlow said. “This is 13 times. You promised last time that it would be here today. This is the time right now. Not this afternoon. Right now, Mr. Terry.”

Ludlow issued the warrant for $25,000 payable only in cash. After Walker failed to successfully return a plea agreement for the 11th opportunity last month, Ludlow said Walker would have one last chance to submit the plea by mail and would be required to appear in court Tuesday if he was unable to do so.

“I don’t think you understand,” Ludlow said over Terry’s objections. “He’ll be here, OK? … He’ll make the trip. … I’m not messing around with Mr. Walker any more.”

Terry said he felt he was unfairly being blamed for the continued delays in finalizing the plea deal, noting he had a signed plea agreement three months ago that he was ready to submit to the court, but the prosecution “rescinded” the agreement.

“While I respect the court’s decision, I think the direction of the court’s frustration is misguided,” he said.

Some of the initial delays in finalizing the plea agreement were attributed to a lack of proof from the defense that Walker had completed drug treatment. Terry said Walker has now completed “intensive outpatient treatment” in California.

More recently, the prosecution postponed completion of the agreement because of reports Walker had new criminal charges in California, but after meeting obstacles in obtaining a report on Walker’s criminal history from law enforcement there, Deputy County Attorney Rachelle Shumway said the plea agreement would proceed without the report.

Terry told the court in October that he would be in California and would obtain a signed plea agreement in person, but that didn’t happen.

Terry said Adult Probation and Parole has resources that might give it better success in obtaining information about Walker’s California criminal history once the agency undertakes a presentencing investigation.

Arizona prosecutors have already resolved their charges related to the incident, stemming from Walker’s travel through the Virgin River Gorge. Walker allegedly evaded tire-puncturing spikes near the entrance to the gorge.

He received probation in that case.

Walker allegedly was driving at speeds varying between 80 mph and 150 mph before running over a second set of tire-puncturing spikes north of the Utah state line. Following his arrest, he allegedly told officers he knew they were following him but he thought they were escorting him and his passenger to Colorado.

Of particular concern to officers was that Walker pulled off the road near other stopped motorists twice during the pursuit, raising fears he was going to try to carjack another vehicle.

He was arrested as he allegedly ran toward a female driver at the Bluff Street northbound on ramp.

Walker competed in NASCAR series a decade ago but was suspended in 2007 for violating the professional racing series’ substance abuse policy. He continued to compete in other race series, enjoying the most success in the World of Outlaws series sprint car events.

Jordan Anderson comments on the warrant for his arrest