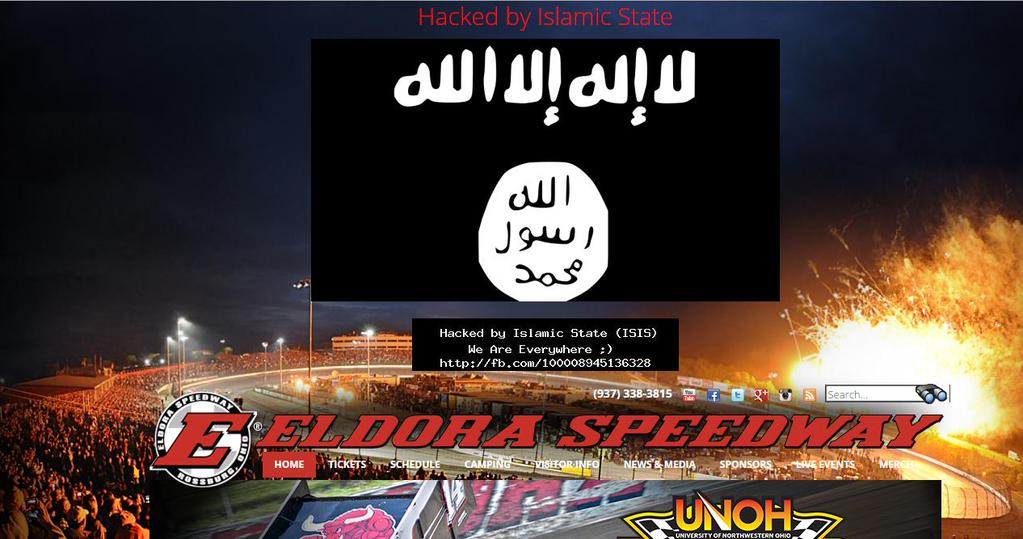 The famed Eldora Speedway website hacked with ISIS message posted. The dirt track is owned by NASCAR superstar Tony Stewart. The message was linked to the Islamic extremist group known as ISIS. The FBI was called in.

It’s highly likely this what not an ISIS attack. Their were a number of quite random attacks that took place today including the Moerlein Lager House, Montgomery Inn, MERS Goodwill and Elasticity being hacked by an unknown group.

The message was promptly removed by website administrators, which read ‘Hacked by Islamic State. We Are Everywhere :).‘

At 4:25 PM  the track had a new message posted on their website

America’s Favorite Track’s website is once again as safe as our $2 beer prices. Thank you to the Darke County Sheriff, FBI & GoDaddy for their quick response.

Tony Stewart spoke with USA Today Sports about the incident. The Eldora Speedway owner and three-time NASCAR Sprint Cup champion Tony Stewart responded by saying, “If there’s anybody I’d want mad at me, I guess it would be them.”

I have a message for Haters of the Gateway Nationals

Kenny Wallace has a message for the NASCAR attendance trolls

PREV POST
Kurt Busch Will Not Be Charged and NASCAR Comments