View Taylor Swift Indycar Below Racing In Doubleheader in Detroit 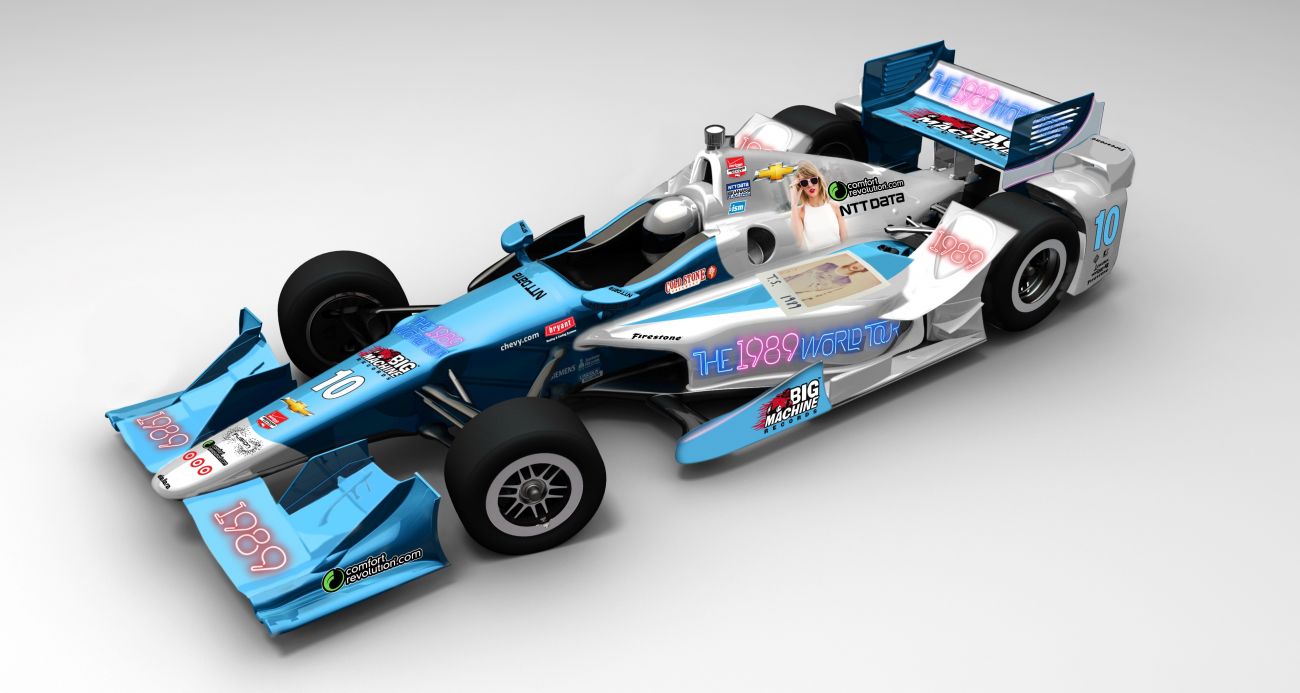 This Taylor Swift Indycar will debut this weekend in the Detroit Grand Prix brought to you by Big Machine Records. The car will be driven by Chip Ganassi Racing Teams driver Tony Kanaan.

INDIANAPOLIS (May, 28, 2015) – Chip Ganassi Racing Teams (CGRT) announced today that Verizon IndyCar Series Champion and Indianapolis 500 Winner Tony Kanaan will drive the No. 10 Taylor Swift, Big Machine Records car at the Detroit Belle Isle Grand Prix. The car will promote Seven-time GRAMMY winner TAYLOR SWIFT and Big Machine Record’s recording artist Taylor Swift’s THE 1989 WORLD TOUR that kicked off in Japan in early May, and will come to a close in Australia this December.

On the third stop of the North American leg of THE 1989 WORLD TOUR, Taylor will perform in Detroit at Ford Field this Saturday, May 30, the same weekend the Verizon IndyCar Series will run the first and only doubleheader of the season in Detroit. Big Machine Records is the official entertainment partner of Chip Ganassi Racing Teams.

Chip Ganassi has been a fixture in the auto racing industry for over 25 years and is considered one of the most successful as well as innovative owners the sport has anywhere in the world. Today his teams include four cars in the Verizon IndyCar Series, two cars in the NASCAR Sprint Cup Series, and one Prototype in the TUDOR United SportsCar Championship. Overall his teams have 17 championships and over 160 victories, including four Indianapolis 500s, a Daytona 500, a Brickyard 400, six Rolex 24 At Daytonas and the 12 Hours of Sebring. Ganassi boasts state-of-the-art race shop facilities in Indianapolis and Brownsburg, Ind. and Concord, N.C., with a corporate office in Pittsburgh, Pa.