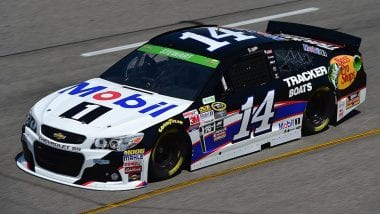 Only this time, teams might put the package on the track before 2016 arrives.

Talk in the garage Friday at Michigan International Speedway indicated that the package could be put into play next month when the series visits Kentucky Speedway on July 11. And it would be only for that event.

“We’ll have to see how that goes,” Martin Truex Jr. said Friday at Michigan, site of Sunday’s Quicken Loans 400(1 p.m. ET, FOX Sports 1, MRN, SiriusXM). “I don’t know. I have as many questions about it as everybody else. What’s it going to be like? Is it going to do what they think and what some of the drivers think it’s going to do?”

“You always want to be able to go and test it and understand it,” four-time Sprint Cup champion Jeff Gordon said. “I’m fine with what I’m hearing about a reduction in downforce if they can bring a softer tire. To me that is the whole key in kind of where we are at today.

“We knew the power was being reduced. A lot of the drivers were really asking for less downforce if the power was going to be reduced, but the key component to that was being able to get Goodyear to match the tire up for that to have a little bit more grip at the beginning of a run and maybe have some fall off. That has been one of the biggest challenges this year is that we are actually running harder tires.”

NASCAR officials would not confirm that a change would be forthcoming during the 2015 season but acknowledged that the sanctioning body has been actively involved in dialog with teams with the goal of making racing as exciting as possible. As such, they are looking at various scenarios to accomplish that goal.

Steve O’Donnell, Executive Vice President and Chief Racing Development Officer for NASCAR, said earlier this year that rising corner speeds, an unintended consequence of the current rules package, was a concern and the ’16 package would be fashioned to “affect the aero … and match that up with the tire.”

While straightaway speeds have fallen this season, drivers can drive deeper into the corners and don’t have to stay off-throttle as long, resulting in the higher corner speeds.

Speaking with “Downforce Radio” recently, O’Donnell broached the possibility of track-specific rules package for the series.

“Not to have it be 36 individual packages, but potentially look at some lower downforce at some (tracks) … kind of cater it to certain tracks,” he said.

The ’16 aero package was tested briefly earlier this year at Charlotte. Kasey Kahne, the pole winner for Sunday’s race, was one of those participating.

“I really liked it,” the Hendrick Motorsports driver said. “I ran by myself and felt like it was the first time I could really drive the car, control the car, lift and things to make the car work rather than just run super hard like we’re doing. …When I came into the sport, that’s how it was, you drove more with both feet. You found speed in different spots in the corner and you weren’t wide open.”

While drivers might see the move as beneficial, on-track testing with the setup was halted earlier this year, so the risk of the unknown has some in the garage not as eager to see the rules package modified during the middle of the season. No extensive wind tunnel testing has been done, and there is some concern that the changes could benefit one of the three automakers in the series, Chevrolet, Ford or Toyota, more than others.

It’s also been noted that implementing changes for a points-paying race could adversely impact one or more team’s chances at qualifying for this year’s 10-race Chase for the NASCAR Sprint Cup.

Joe Gibbs Racing driver Carl Edwards, already all but locked into the 16-team Chase field with a victory at Charlotte, said he has no such concerns.

“I really feel that the way racing works, as long as the teams are able to implement the changes logistically and financially without a huge burden, change anything you want anytime you want,” he said. “As long as it’s the same for everyone, who cares?

“As far as I’m concerned, you could make up rules or have changes five minutes before the race starts.”