Take a look at the Lando Norris profile here. The 15 year old racing driver recently claimed the 2015 MSA Formula Championship. It was the debut season for the series.

BRANDS HATCH 11 OCTOBER, 2015 – A worthy champion with a bright future ahead of him in motor sport – that’s 15-year-old Lando Norris, who yesterday clinched the inaugural MSA Formula crown, and with it the coveted title FIA Formula 4 Champion of Great Britain.

Eight race wins and six second-place finishes at the wheel of his Ford EcoBoost-powered and Carlin-prepared car gave Lando the points he needed to claim the title with a race in hand, but the statistics are only part of the story. His cool, calm and collected demeanour at the wheel and impressive ability in testing and qualifying are the key elements to his success in the toughest junior single-seater series in the UK.

Somerset-based Norris was just four months past his 15th birthday when he claimed victory in the first MSA Formula race at Brands Hatch in April but he came to the championship with multiple karting titles to his name and useful race-winning experience in cars gained during the 2014 Ginetta Junior sports car series. Despite this, he says, he took time to settle into the new world of single-seaters: “It was quite a big jump for me, quite different to what I was used to. It took a bit of time to settle in and the team were a great help.

“Carlin have done a great job for me all year, right from the start. We’ve had fewer mechanical problems than the other teams and that’s basically because they’ve worked harder. In pre-season testing it was reliability that we really focused on – not making the car fast but making sure that we didn’t have any mechanical issues later on. After that we were able to really work on the speed of the car.

“We struggled a bit for pace at the start of the season compared with some teams but since the middle of the year we’ve really stepped up to the point where we’ve had a good advantage over the rest of the field.” 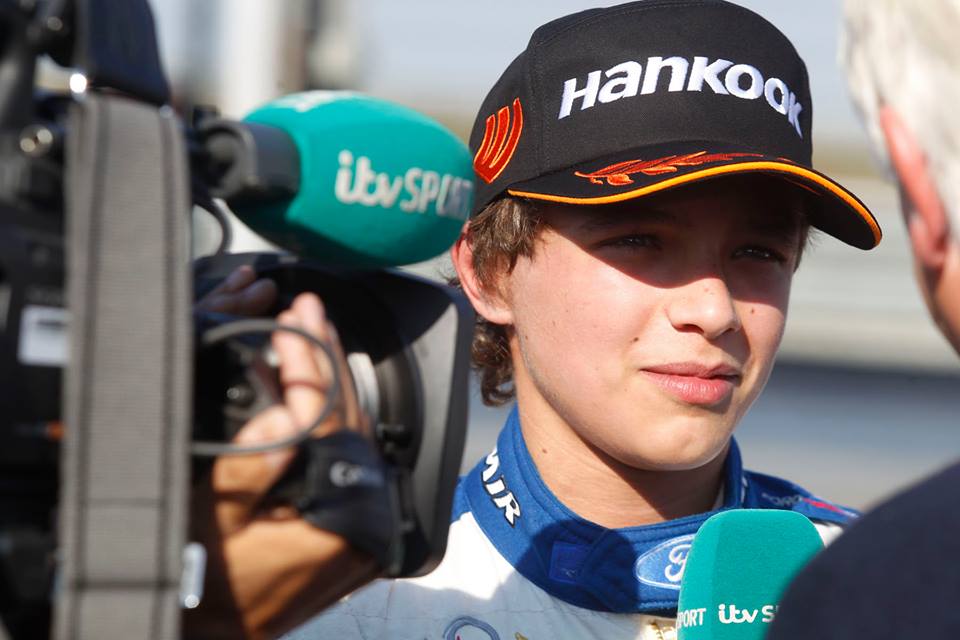 Following his twin wins at Brands Hatch at the start of the year, victories followed at Thruxton, Oulton Park, Knockhill, Rockingham, Silverstone and the Brands GP circuit, assisted greatly by Lando’s stellar performances in qualifying. He was quickest in qualifying at five of the 10 meetings – no other driver managed it more than once – and he never qualified lower than second.

“Qualifying has been good,” says Norris. “Being in the top two at every meeting has made the racing easier. It’s hard to overtake and overtaking is something I still need to work on, but my speed in qualifying has always been really good. I’ve always felt confident in the car right from the first time I jumped in it, and that is the key to how I have performed.”

He’s enjoyed driving the Mygale-designed MSA Formula chassis as well as the power provided by the Ford EcoBoost engine: “As a starter formula I think it’s good. It’s a difficult car to be really fast in but it’s quite forgiving. I am sure that next year there will be a lot of new young drivers coming into MSA Formula and it will be a good car for them to learn in.”

Norris paid this tribute to Ricky Collard, with whom he has tussled all year for the championship lead: “I knew he would be a contender and he’s improved quite a bit; he’s very consistent and has won quite a few of the races, but he’s been quite unlucky sometimes. He’s been a great competitor to race against and good fun, he’s pushed me hard.”

As for his future, and in particular the 2016 season, Lando says: “Nothing is confirmed yet but we are looking at Formula Renault. Formula 3 is a big step, but it is also a possibility. In five years time I’d like to think that I’ll be in Formula 1. Racing is my priority for the future. There’s no rush at the moment, but hopefully by 2020 I will be on the brink of F1 or already in it.”

His MSA Formula victory will certainly help Lando with his ambition, for in addition to the silverware he wins an F3 test with a top European team and also 10 valuable FIA F1 Superlicence points.

Carlin team boss Trevor Carlin paid tribute to the hard work put in by Norris and the whole team: “We’re absolutely delighted that Lando has won the first ever MSA Formula title. He took the first ever win in the championship and has put in some fantastic performances since then to rack up eight wins and win the championship against some great competition. The effort the team put into this new championship even before the first race of the season was extremely significant and I’m so proud of every team member and the hard work they’ve put in. It’s been a delight to have this team and driver line-up.”