This Wednesday Meckenzie Marsh will be featured on the Ellen DeGeneres Show. Marsh will be interviewed on her August 15th win at Five Mile Point Speedway as well as what the future plans are for her young racing career. Promo’s for tomorrow’s interview have already begun to air nationwide.

In the Binghamton area which is the home of File Mile Point Speedway the program airs at 4 p.m. on the local NBC affiliate. The Ellen show airs 3PM Central time. Set your DVR’s now!

On Saturday, August 15th Meckenzie Marsh won the Tobias Slingshot Feature at Five Mile Point Speedway. The win made her the youngest female race winner at the speedway over the 65 year history. 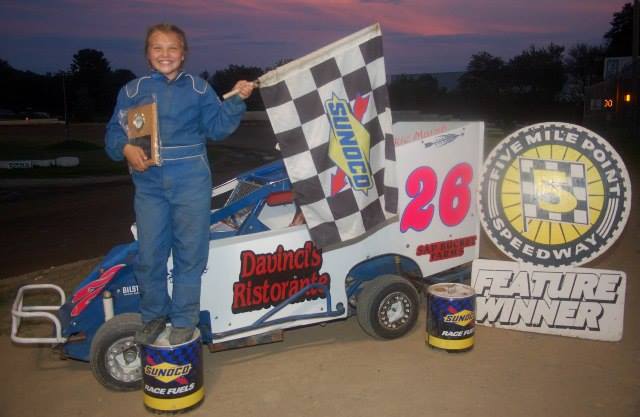