LAS VEGAS — Jeff Gordon appeared as amazed and surprised as the rest of the people filling the massive banquet hall when actor Tom Cruise walked on stage at Friday’s NASCAR Sprint Cup Series Awards Banquet to introduce the retiring driver and reflect on the four-time champion’s storied career.

Gordon, sitting in the audience with his wife, Ingrid and two young children, looked completely stunned as Cruise took the stage at the Wynn Las Vegas. And he got steadily emotional from there.

“When you are treated to excellence every day for 23 years, that doesn’t go away easily,” Cruise said to Gordon.

He talked about “transcendence” and how Gordon has made that happen in his career and in the sport.

“He felt as comfortable discussing a championship with George Bush as breaking down Homestead with Kyle Busch, as at-ease with discussing SNL skits with Jimmy Fallon as racing door-to-door with Jimmie Johnson,” Cruise said. “And with that, he brought joy to millions, used his immense and deserved popularity for the betterment of the world both at home and abroad. 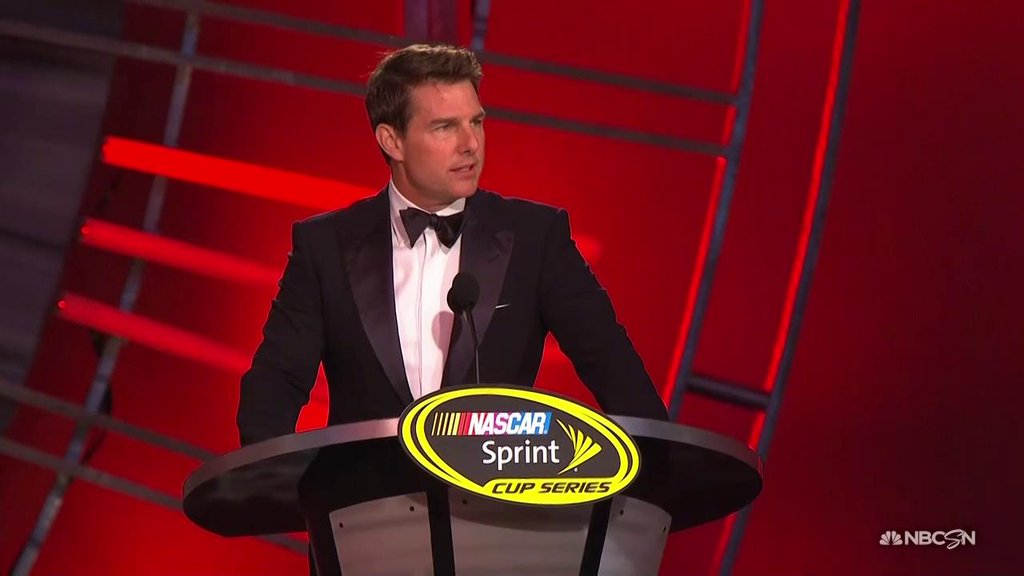 “Transcendence. Few reach it. He did.

“And although many of us want to say we’ll miss you, what we really mean is we thank you.”

After Cruise’s inspiring tribute, NASCAR Chairman Brian France came on stage to present the 93-time winner with the special and rarely bestowed, “Bill France Award of Excellence” for a spectacular career. Gordon’s time in the sport has truly been both of those things.

Interestingly enough, the last time the award was presented was to Gordon’s team owner Rick Hendrick in 2009.

As Gordon took the stage, he and Cruise embraced and shared a fairly lengthy private conversation before Gordon approached the microphone for his final speech as a NASCAR driver. He had clearly been crying. And there would be more to come.

“I knew that it was going to be a rough night, but that made it tougher,” Gordon said.

Absorbing the adoration in the room, Gordon succinctly summed up his certain and imminent Hall of Fame career, “It’s been absolutely amazing.”

Gordon then thanked a litany of people that launched, sustained, bolstered and punctuated his career before pausing and tearing up again as he looked at Rick and Linda Hendrick — the only Cup team owner he has ever had. 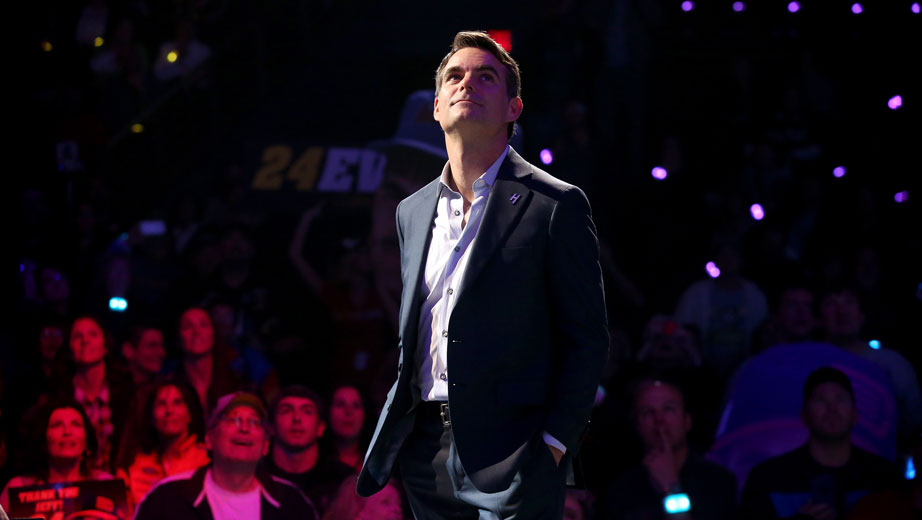 “Thank you so much for choosing me as your driver,” a tearful Gordon said. “I’m so proud to say I drove for one car owner, the best car owner, my entire Sprint Cupcareer.”

After thanking his parents, acknowledging the fans and smiling widely as he recognized his family in the audience, Gordon finished his impassioned final speech asking, “Am I going to miss it? There’s no doubt.”

And then the good-natured, wildly popular competitor spoke about the things he wouldn’t miss as a driver — the 90-degree daytime practices for a night race, being the last car on old tires and finally he shared, “debris cautions.”

But NASCAR’s modern era master promised that as a broadcaster beginning next year, he promised to raise all those issues.

“Thank you,” he said in closing and received a lengthy standing ovation.