I had the chance to do an Escort Max 360 review and was pleasantly surprised with the results. It certainly sets the bar high for radar technology that now follows.

Despite misconceptions, Radar detectors are legal in most states. If you don’t have one you should get this one, let me share my experience. I’ve had radar detectors in the past, like most car guys. However, never has the technology been this beautifully crafted into the tiny box.

I like everything about the new Escort from design to functionality. The directional arrows go a very long way for me.

The lack of false readings don’t make me crazy like radar detectors in the past. It goes off far less, but when it does go of, it has a reason for sending you the alert.

The new piloting wheel allows you to easily set the angle that the radar hangs from your car window. In the past I’ve had radar detectors that hung from a metal bracket, that bracket had to be bent by hand to get the angle you desire. That’s no longer the case. Escort has solved this by placing a piloting wheel on the bracket. Now, you just loosen the hand operated bolt, set the angle and tighten the bolt again. It’s all done by hand, no tools, no bending of brackets.

I like the matte box that encases the unit. I like the led lights. The suction cup that holds the unit to your windshield actually works.  The Escort radar design is nearly perfect.

These Escort directional arrows quickly point your eyes in the direction of the oncoming radar gun. Instead of aimlessly looking around, you now know exactly which direction to look. This includes left, right, front and back. Not just left and right.

The 360 part of the name is important. This is the part that opened the door for directional arrows. Now, the radar detector isn’t just testing signals from one direction. It’s measuring radar from a view of a full 360 degrees with dual front and back antennas. When the detector goes off, you know instantly if you should be gazing out your window or in your mirror.

Beyond the lovely blue arrows, the radar also has strength measurement bars. Meaning you know approximately how close you are. If you see 6 bars, you’re likely really close. If you see just a single bar, the radar could be a good distance away. This keeps you from slamming on the brakes in a panic. 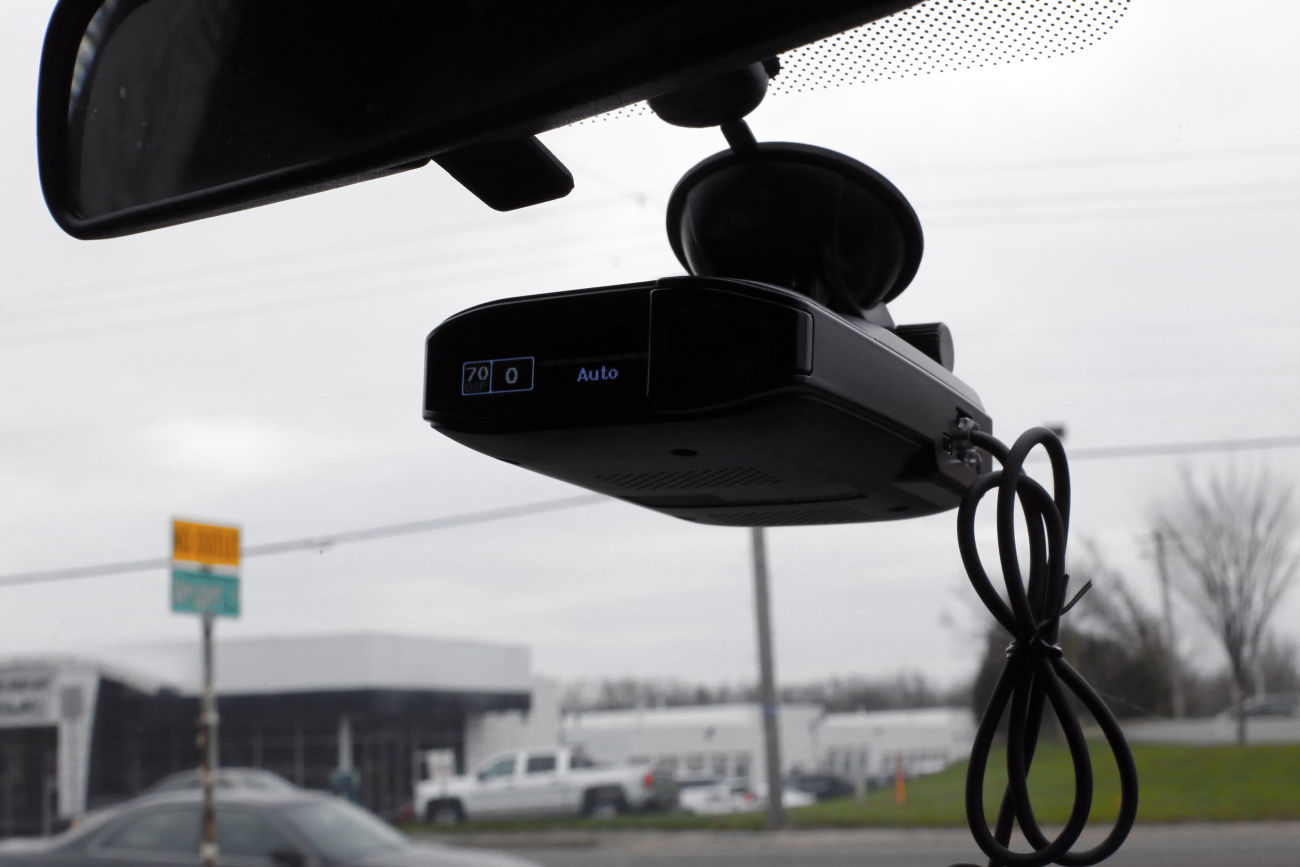 A somewhat modern threat to auto drivers is red light cameras. The Escort Max 360 has these cameras on their radar system. These cameras often cause errors in policing. Meaning people are often wrongly targeted with light cameras.

Now, you know not to push it and be extra careful if your Escort Max 360 is giving you warnings as you approach a yellow light. Instead of rushing through to beat the red light you should back it down and wait.

These light camera’s are zero tolerance system. If you were close to beating the red light, that’s not close enough. While a human police officer may cut you a break if he saw it in person, these cameras are less tolerant. Either you made it or you didn’t.

With the Escort Max 360 you’re prepared to fight the red light camera threat. 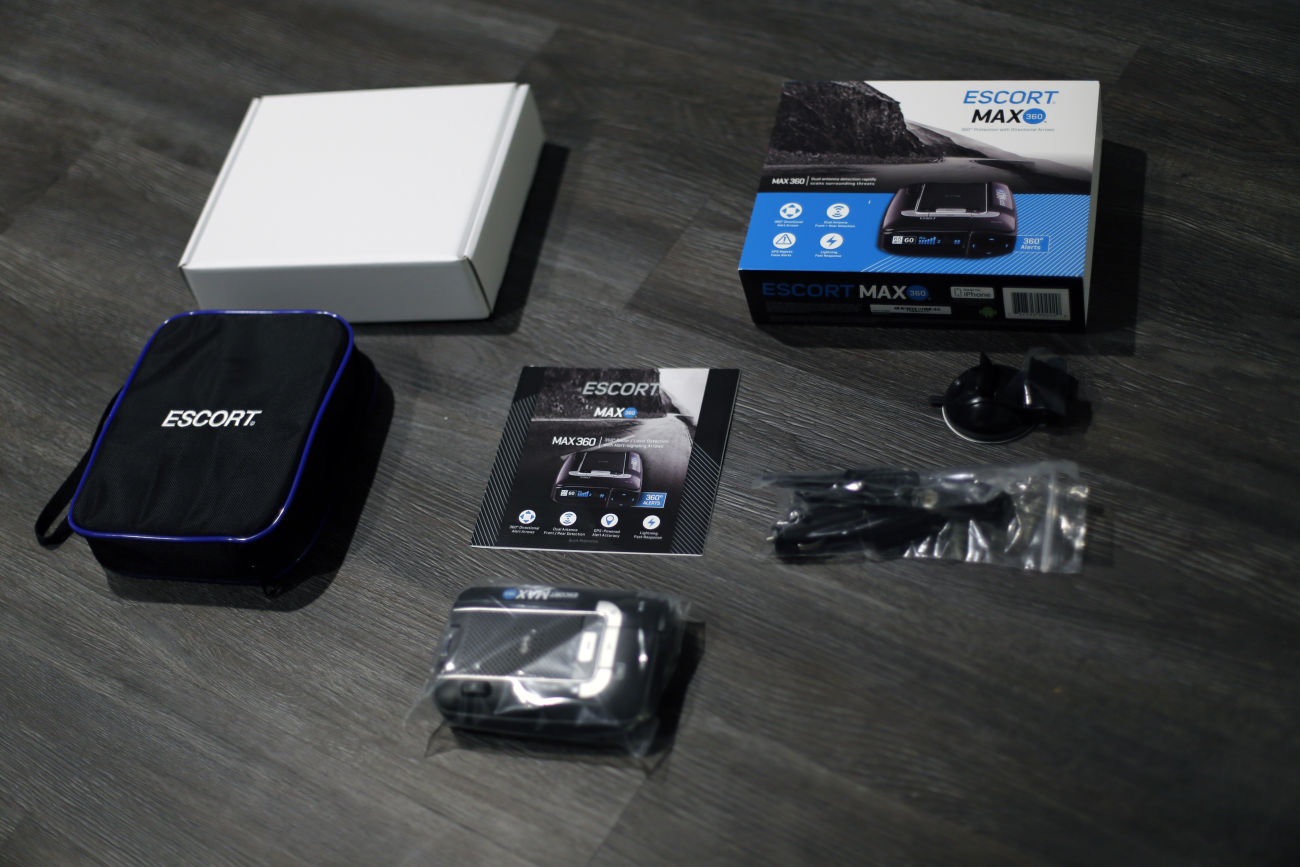 Another major plus discovered during my Escort Max 360 review on the new radar technology is the lack of false readings. The new GPS-powered AutoLearn technology intelligently rejects false radar alerts based upon signal frequency and location. Meaning if there is a known false reading in your area the Escort Max360 will automatically ignore it. This technology helps you keep your sanity, opposed to other radar detectors beeping around every corner.

I’ve had several radar detectors in years past. None, of them preformed as well as the Escort Max 360. Not only is it very information with the readings it provides. It’s almost always accurate as well.

Escort believes so strongly in their new Escort 360 product that they are offering “Speeding Ticket Limited Guarantee” including both radar and laser speeding tickets when purchased factory direct. We will be receiving the Escort Max 360 in the coming days. We plan to offer a full review of the exciting new technology. We will also offer photos of the unboxing and possibly the install and setup process.

This post brought to you by Escort Radar + Laser Detectors. The content and opinions expressed above are that of Racing News.