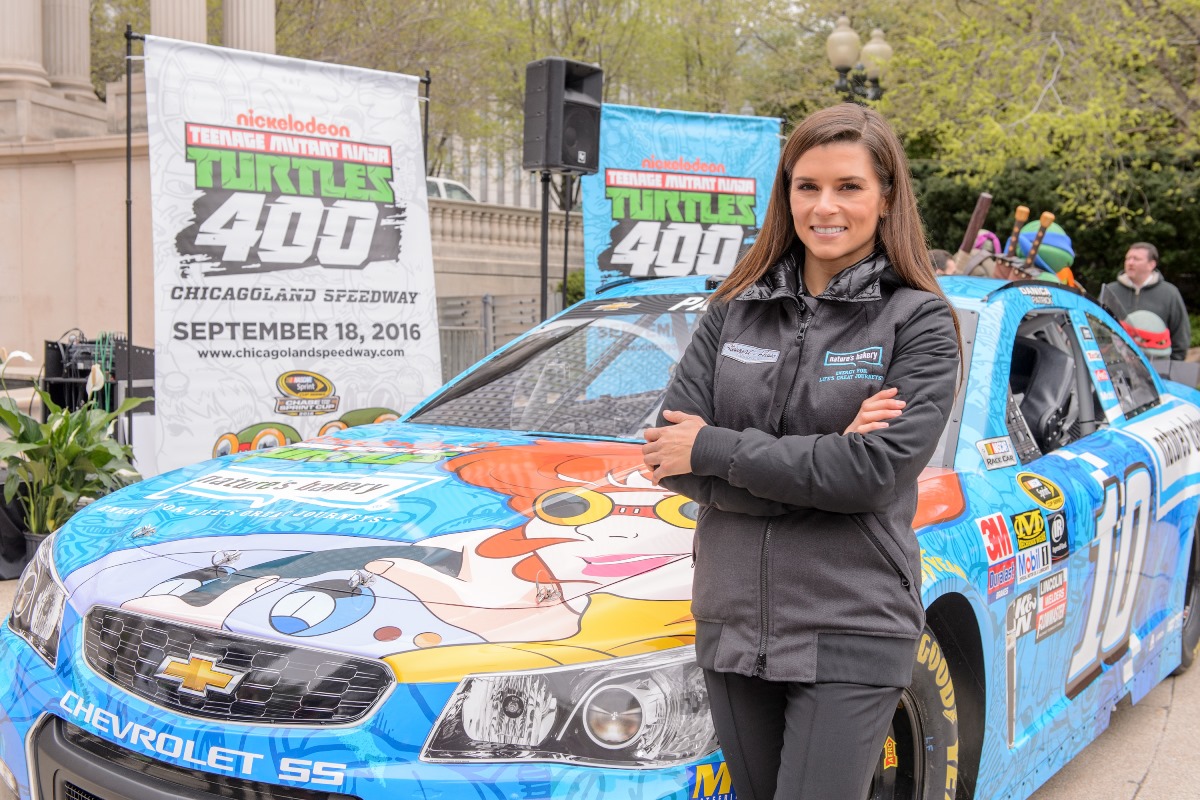 See the photos of the NASCAR Teenage Mutant Ninja Turtles car below. A video of the TMNT NACSAR car has also been added.

Featured on the hood is Ms. O’Neil wheeling a car of her own as the Turtles – Leonardo, Donatello, Raphael and Michelangelo – look on from the sides of Patrick’s signature No. 10 machine.

The Heroes in a Half Shell will have a great seat for the race and plenty of Fig Bars to offset all that pizza they like to eat.