Don’t boo Danica Patrick. She might just come find you and call you out in front of everyone. Watch the video below.

Danica Patrick was walking along side her car ahead of yesterday Pocono 400 at Pocono Raceway. On her walk, fans shouted from across the garage area. They were trying to entice her to sign autographs.

When she turned her back to them, they began booing. She stopped, turned around and b-lined directly for the booing individual(s). 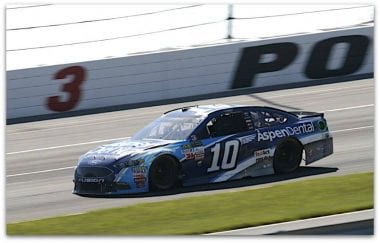 Stating, “Since I’m old. Instead of taking the booing. I wanna tell you guys I do the best I can.”

She continued, “If you’re a real fan, you know my job’s not just to sign autographs. Right? My job’s to drive a car, tell the crew chief what’s going on.”

Now I have no idea why fans feel they’re entitled to an autograph. Just because you spot a famous person, it doesn’t mean they have to stop their entire lives just to please you. It might be special for you to see them, I promise you, it’s not special for her to see you.

I don’t even understand why grown people would want autographs. That’s such a strange thing. These are fully grown people getting upset. 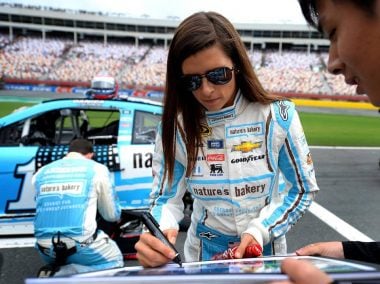 Danica explained, “Ok, please just be supportive fans. I’ll do everything I can. When I came from over here, my car was over there. I can only do so much. I have to get in the car.”

It’s worse that half of these autograph seekers are only looking to increase the value of their Danica Patrick merchandise listed on Ebay. For profit, autograph seekers, it’s gross. Leave these people alone.

Danica Patrick concluded her rant at Pocono, “So, just please understand that I’m a person.” 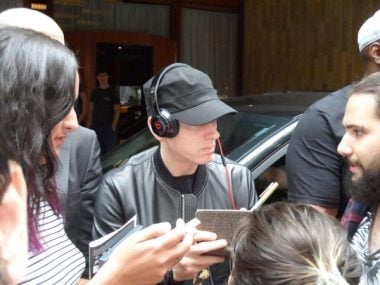 The rapper even shares the same “I’m a person” sentiment as Danica Patrick. Stating in the song below, “It’s not that I don’t like you. It’s just that when I’m not behind the mic, I’m a person who’s just like you.”

Imagine if every time you went anywhere, you were asked to stop and sign something. Being harassed by groups of complete strangers, everywhere. Trips to the grocery store, gas station, coffee shop, mail store, gym, DMV all turn into public appearances. Not once in a blue moon, but every time you left the house. You might find yourself to be just as annoyed with the constant un-planed autograph sessions.

If Danica Patrick or any other Mosnter Energy NASCAR Cup Series driver graciously stops to sign something, that’s cool! But, as a fan, you are not entitled to any autograph from anyone. You can’t be surprised or upset when they choose to ignore a complete stranger.

Many of you will see this and say, “No longer a fan.” That’s ok. Alternatively, I gained a lot of respect for her after seeing this. Undoubtedly, it would have been a lot smarter of her to just completely ignore them.

Danica Patrick finished 16th at Pocono Raceway. She was running inside the top 5 earlier in the event.

Danica Patrick 2018 plans or lack there of