Is signing autographs a requirement of the job for a racing driver?

That is the question. Dale Jr discusses the Danica Patrick situation.

The backstory, Danica Patrick confronted booing fans last weekend at Pocono Raceway. Those NASCAR fans were booing because she was simply ignoring them. As they yelled across the garage area, in search of an autograph, she continued walking, back turned. 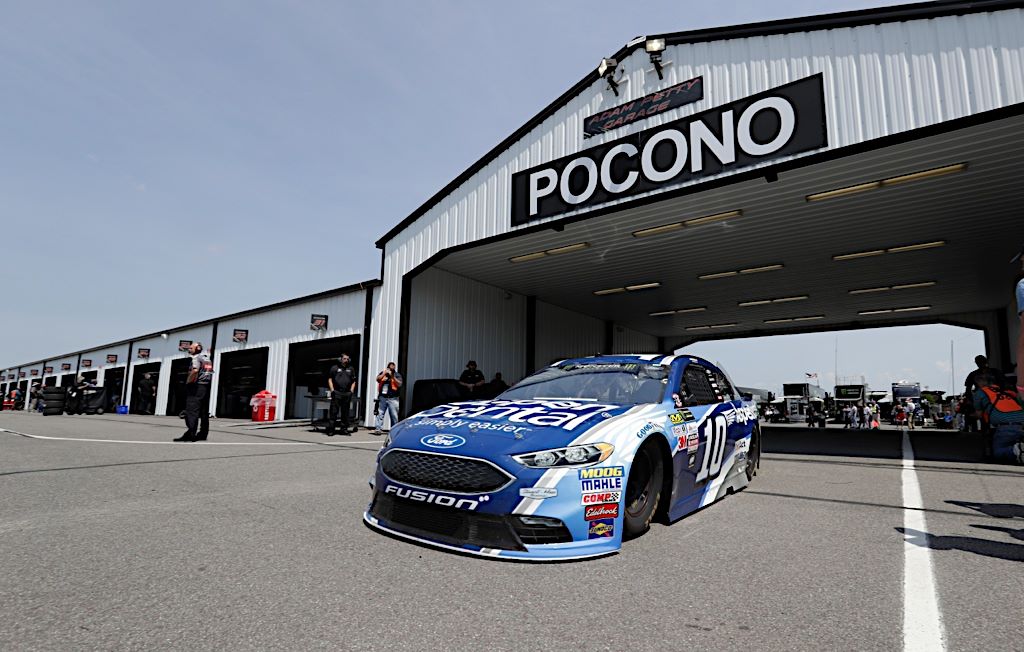 When they started booing, Danica halted her walking progress. She turned around and approached the fans. Naturally, it was all caught on facebook live.

Dale Earnhardt Jr spoke on the topic via his weekly Dirty Mo Radio podcast. Dale Jr analyzes the situation, “She got a little greedy for this.”

Dale Jr talks about is from the aspect of the fan. Placing himself in that very situation, “When I meet a famous person I just want to walk away feeling like you know ‘Man, I’m glad I pull for that guy’ or ‘Man, that was cool to meet him’ ”

“I hate to say it this way because I think it puts a little unnecessary pressure on that celebrity but you just don’t want to be disappointed by the way they act or how they interact with you.”

“It can be quick and small. I don’t think people like myself have to have 5 minutes or an hour of your time. But just don’t be an asshole.”

“I like to take pictures. Even today, I mean if I see a celebrity, I really kinda want a picture with ’em. So I can post it on my social media. That’s just what I like to do.”

“It’s whatever you want. If you want a die-cast signed, that’s fine. I just think, you don’t want to be disappointed. That’s all.”

The 14-time most popular NASCAR driver explains why he likes to sign autographs and spend time with the fans. Stating, “I have found that what makes me feel better is actually going and signing autographs.”

He explained, “Because the fans talk to you and go, ‘Man I saw your qualifying, I saw it wasn’t very good. No problem, you’re going to get ’em tomorrow.’ That’s all you really want to hear.”

“You’re feeling like crap, you’re disappointed. She’s had a tough year. She’s under tons of pressure. I can completely relate to where she is mentally. But for me, actually going and talking to the fans and hearing their positive re-enforcement is good for me. So, I kinda seek that out in those moments.”

After 609 NASCAR starts Dale Jr has found autographs to be a solution, not a problem, “Once I kinda go through that process, signing so autographs, talkin’ and interactin’ you kinda get your priorities re-adjusted. What’s important. You know? They tell ya what you need to hear to get over this.”

“Cuz I’ll dwell on things and make a mountain out of a mole hill. Make a problem much worse than it really is in my head. For me I think it’s good therapy.”

Dale Earnhardt Jr try’s to access Danica’s situation, “I don’t know what’s going through Danica’s mind at that moment. Other than she’s just didn’t qualify the way she wanted and she’s frustrated.”

“In those moments, at the track, when you’re working I don’t know if you get a pass. But you certainly don’t get that kind of a pass that’s happening at a dinner or in the grocery store or out during the week.”

Dale Jr was signing autographs as he walked back to the hauler after blowing his engine, for the second time in the weekend. If there was ever a moment a driver has a very clear ‘pass’ to ignore the constant autograph sessions, that would be one. However, Dale Earnhardt Jr looks at it very different.

Dale Jr stated, “Ok, so you’re feeling embarrassed about blowing the motor. You’ve done it twice in the same weekend. Do you want to add ‘Damn, I was a real asshole to your conscience?’ on top of that. I added more fuel to the fire by being rude.”

“At that moment, you’re having maybe in your mind, the worst weekend of the year. And somebody still wants an autograph. That chips away at that mountain you’ve created in your head. Especially a kid, that knocks that mountain right off the map.”

“It’s an interesting debate. I just hate it for Danica because that paints her in a bad light. But, she brought it on herself. You never know when the camera’s rollin.”

“I hate it for Danica. She’s just super frustrated. She’s having a terrible year. Things like that, certainly don’t help her.”