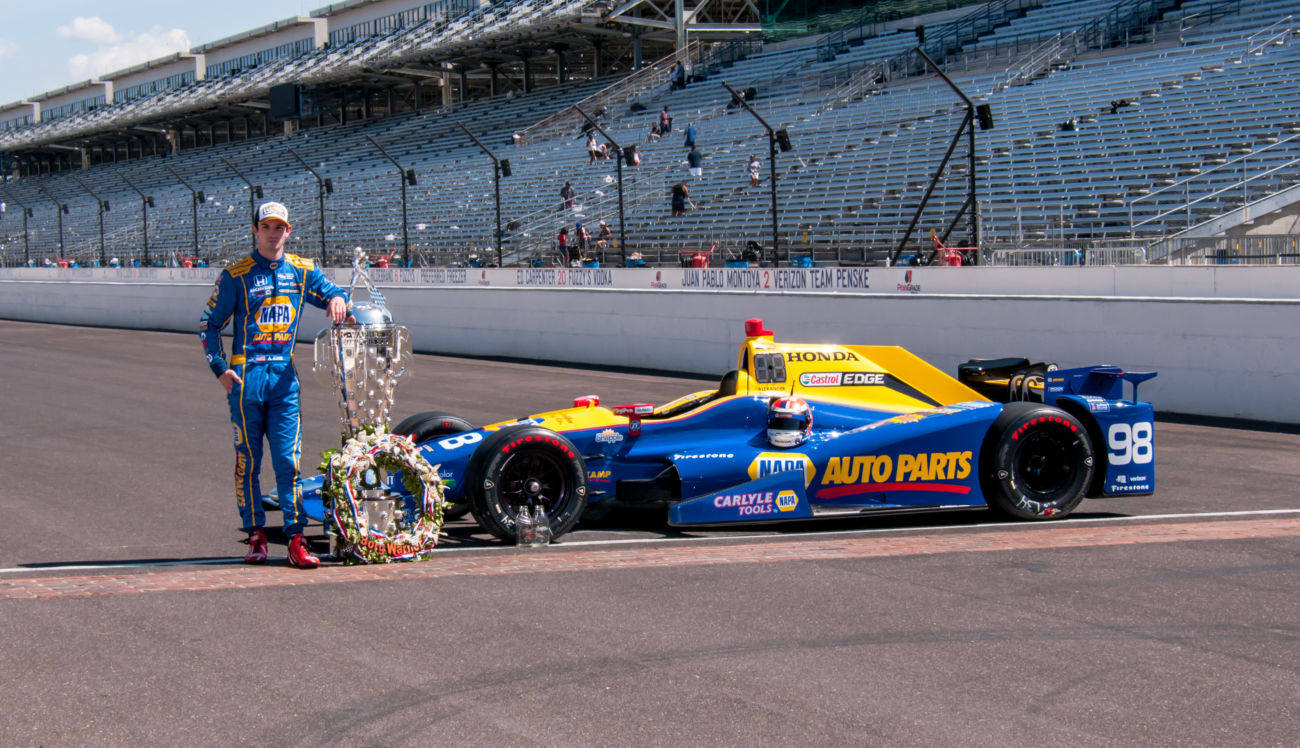 The rookie – whose winnings include $50,000 for Sunoco Rookie of the Year honors – coasted across the finish line on an empty fuel tank in his No. 98 NAPA Auto Parts/Curb Honda for Andretti Herta Autosport with Curb-Agajanian. Rossi beat Andretti Autosport teammate Carlos Munoz by 4.4975 seconds, treating the sellout crowd to one of the more improbable finishes in Indy 500 history.

Rossi was the first rookie winner since Helio Castroneves in 2001 and the first American-born rookie champion since Louis Meyer in 1928.

Josef Newgarden drove the highest-finishing Chevrolet, taking third and $574,243 in the No. 21 Preferred Freezer Chevrolet for Ed Carpenter Racing. He led 14 laps in what was his best finish in five Indianapolis 500 starts.

Tony Kanaan, the 2013 Indy 500 champion, led five different times in the second half of the race for 19 laps overall in the wild race that featured 54 lead changes among 13 drivers. He earned $445,743 in the No. 10 NTT Data Chevrolet for Chip Ganassi Racing Teams.

Rounding out the top five was Charlie Kimball, the only in the top five to not lead a lap. He earned $423,243 in the No. 42 Tresiba Chevrolet for Chip Ganassi Racing Teams and now has four top-10 finishes in his last five Indy 500 starts.

Ryan Hunter-Reay, the 2014 Indy 500 champion, led the most times (15) and the most laps (52) but could only muster a 24th-place finish after a pit road incident on Lap 117 with Andretti Autosport teammate Townsend Bell and Team Penske’s Helio Castroneves. Hunter-Reay earned $419,243 in the No. 28 DHL Honda.

Defending champion Juan Pablo Montoya was the first car out of Sunday’s race after a Lap 64 crash. He earned $339,493 in the No. 2 Verizon Team Penske Chevrolet.

The Indianapolis 500 purse consists of Indianapolis Motor Speedway and Verizon IndyCar Series awards, plus other designated and special awards. Purse awards were announced and presented at the Victory Awards Celebration presented by Ice Miller, Contour Hardening, Inc., Allied Solutions and PWC on Monday, May 30, at the JW Marriott downtown.