“It will be exciting to get back to Knoxville (Raceway),” Blaney said. “There’s a lot of prestige to this race and really this entire week. Every driver wants to be the one crowned as the Knoxville Nationals champion.” 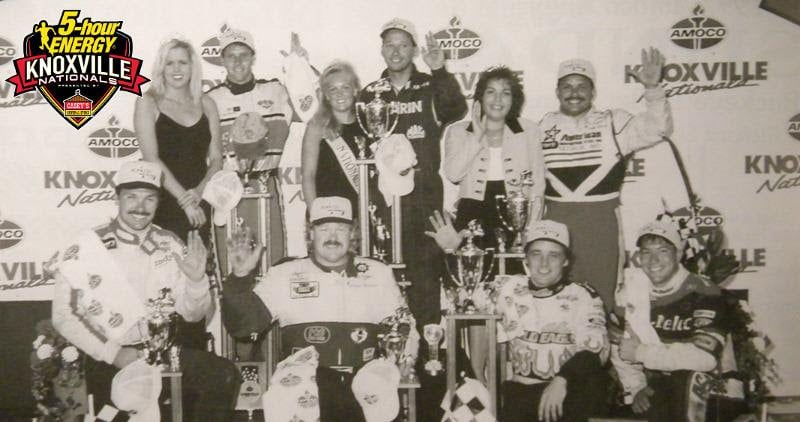 Blaney, 53, will return to sprint car racing’s biggest event as the driver of the Motter Motorsports No. 71m. Owner, Dan Motter, has fielded sprint cars for more than two decades with some of the best drivers in competition such as Doug Wolfgang, Kenny Jacobs and, most recently, Joey Saldana. The Motter Motorsports team finished fifth in the 2015 Knoxville Nationals.

Thus far, Blaney and Motter Motorsports have captured one win at Volusia Speedway Park in February, three top-five, and 10 top-10 finishes this season.

More confirmed drivers will be announced each week as we close in on the 56th running of sprint car racing’s most prestigious event. An updated list can be found at www.knoxvilleraceway.com/Event/Knoxville-Nationals. To date, 93 drivers have entered the race.

The 56th annual 5-hour ENERGY® Knoxville Nationals presented by Casey’s General Stores kicks-off on Wednesday, August 10 and concludes on Saturday, August 13. The event features more than 100 drivers from around the United States, Australia and New Zealand, Nearly 21,000 spectators converge upon Knoxville for the event.

Tickets for the 5-hour ENERGY® Knoxville Nationals presented by Casey’s General Stores are available for purchase at www.knoxvilleraceway.com or by calling 641-842-5431. Four-day ticket packages are also available.

Fans can receive updates and information on events, driver appearances and more b texting “Nationals” to 84483.

Dave Blaney plans to do more dirt racing in 2018