Johnson, Truex not happy with NASCAR Pull up to Pit Penalty

The rule states you can’t pass the pace car as you pull onto pit lane. However, drivers have been pulling up to pit for as long as I’ve been watching NASCAR. It’s not new, it’s just newly enforced.

Jimmie Johnson and Martin Truex Jr were both hit with the pull up to pit penalty this weekend. To the surprise of both drivers and many fans.

Martin Truex started from the tail of the field, in a backup car. He was running 10th when was penalized on Lap 85. Truex never recovered from the pull up to pit penalty, he finished in last place after an accident.

Johnson was hit with his pull up to pit penalty on Lap 133. His day went south as well, he finished 38th after his car was damaged in an incident. 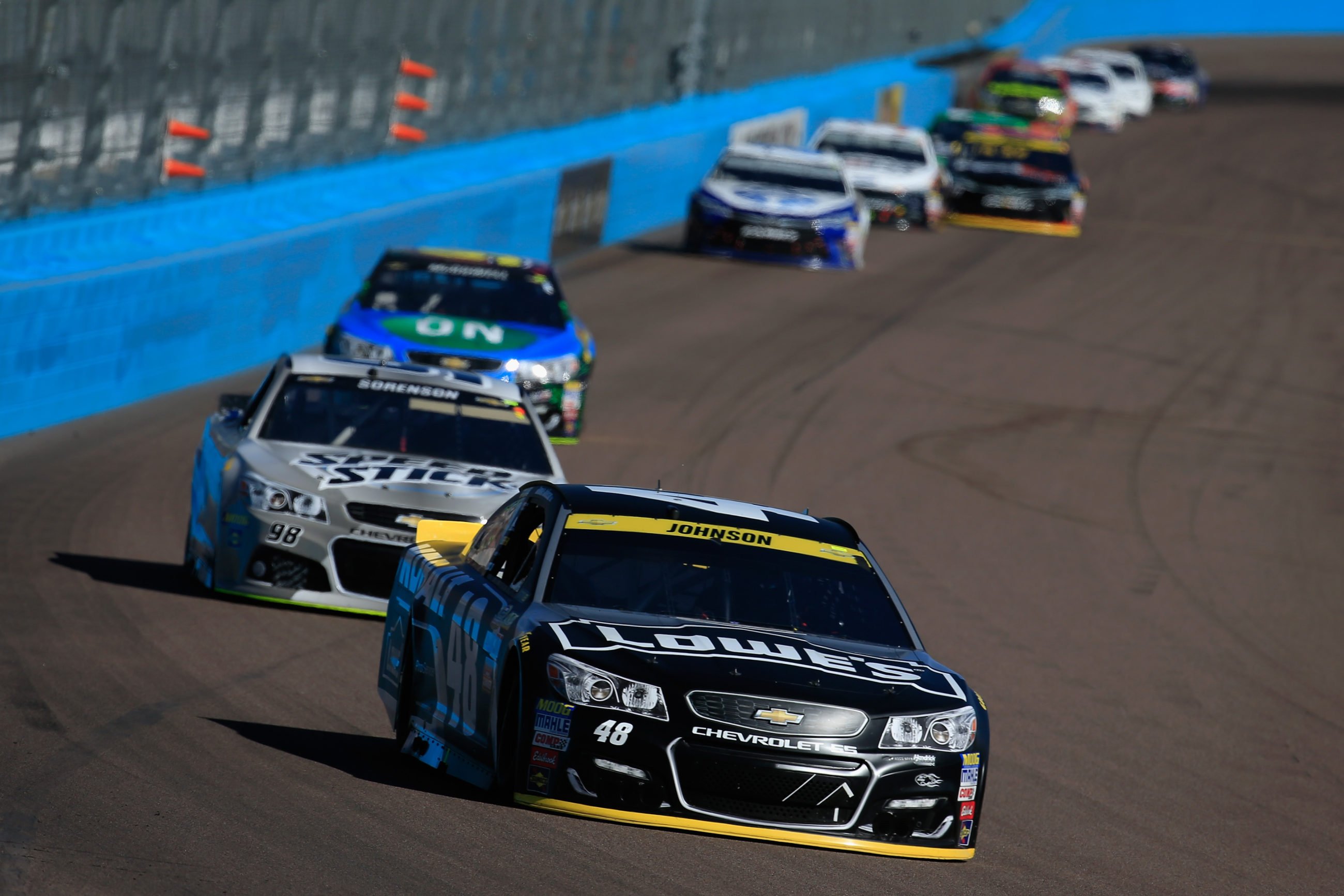 A rather perplexed Johnson, spoke after climbing from his racecar. “I don’t think the penalty is fair for one. Which is the matter really. But 15 years of compeating, this has never been called. I’ve never had this concern as the leader and I’ve kinda led the field to the pits a few times over my career.”

“The leader has always been able to pull off and accelerate to the commitment line and try to maintain whatever gap they have between them and 2nd spot. NASCAR’s never wanted to pin the leader and let everybody advance and put the leader at a disadvantage and make the leader sit next to the pace car. I’m pretty puzzled.”

“Rumor has it that guys have been pulling up like that all weekend to go to pit lane.’’ Johnson said while looking to Kyle Busch in the press center.

“If you are held by the pace car, you’re at a disadvantage, as the leader and it allows everybody to catch you and catch up, so even in drivers’ meetings they’ve said, we know you’re going to pass the pace car; it’s okay. The majority of the tracks we go to, you naturally just gradually pull ahead of the pace car coming to pit lane. I mean, this happens all the time.

I am still baffled, and I don’t know if I will stop being baffled

“I am still baffled, and I don’t know if I will stop being baffled, but all I can say is if they called me on it and they continue to call everybody else on it every week, then shame on me.’’

“There’s two pieces to it, the leader and his orientation to the pace car,’’ Johnson said. “Again, NASCAR has never wanted to put the leader at a disadvantage, so they allow you to once you pull down to accelerate to the line.

His frustration rant continued, “If the guys behind you pull down and accelerate before the leader does, then they’re supposed to call that. So they’re two separate issues, and I guess they called (Truex) on the other issue, so if they’re going to officiate this way, then I’ll keep my mouth shut from here on out, but from my position as the leader, this is the first, and I’ve been told differently multiple times and I’ve heard it in countless drivers’ meetings being described differently than the way they officiated it today.’’

What does NASCAR Think about Pull up to Pit Penalties?

We told you so!

Steve O’Donnell tells a different story than Jimmie Johnson. He states drivers have been warned about this rule but only recently. Basically, stating this rule has been ignored but we soon will not be ignoring the pull up to pit rule as stated in the NASCAR rule book.

Listen to the words below via the Sirius XM radio clip. Oh yeah, and he also took to his twitter.

NASCAR executive vice president and chief racing development officer, spoke on pulling up pit yesterday on “The Morning Drive” via SiriusXM NASCAR Radio. “We’ve reminded the drivers quite often that it was getting very close that you can’t pass the pace car as you pull off on to pit road,” O’Donnell said.

“We’ve had that in every drivers meeting. Not a surprise to anyone. Jimmie has been racing with us for a long time and is aware of that rule. Have there been some borderline situations in the past? Sure. We’re always going to try to err if we can on the competitor’s side. We’ve been very clear on that.”