FAYETTEVILLE, TN–The Southern All Star Dirt Racing Series will start its 34th season of dirt late model racing across the southern United States with 22 events already booked and several more tracks in negotiations with the series for events in 2017.

The series will open up as it has for the past three years at the Cherokee Speedway in Gaffney, SC., for the annual March Madness on Sunday afternoon March 5th that will pay $10,000 to win, then two weeks later the series will head south to the Southern Raceway in Milton, FL., for a March 17-18 weekend with a $4,000 to win event on Friday night and a $5,000 to win on Saturday night. This will be the series second appearance ever at the 3/8ths mile oval as the last appearance was in 1997.

Cochran Motor Speedway in Cochran, GA., is set for race four as it will be held on Saturday night April 8th paying $10,000 to win and then to close out the month of April the series will makes its first stop of the season at the Smoky Mt Speedway in Maryville, TN., for a $7,500 to win in the Rockin with the Stars event. 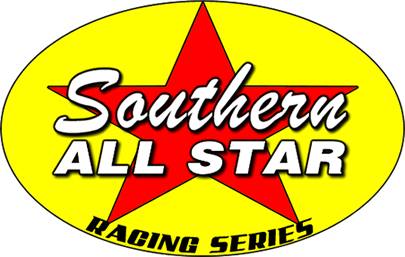 The month of May will have the first stop of the weekend at the Talladega Short Track in Eastaboga, AL., for the spring NASCAR weekend race on Saturday night May 6th paying $4,000 to win and then the series will make its first stop of the season at the Senoia Raceway in Senoia, GA., for the Billy Clanton Memorial paying $5,025.

The second half of the season will kick off at Johnny Stokes Magnolia Motor Speedway in Columbus, MS., for the annual Governors Cup paying $5,000 to win. Then the series will make it’s return to the middle Tennessee area as Duck River Speedway in Wheel, TN., is back on board with a Saturday night August 5th race paying $4,000 to win, the last time the series was at Duck River was 2001. Saturday night August 12th will be the Michael Head Jr Memorial at Talladega Short Track paying $4,000 to win that will conclude the month of August.

The month of October has three events so far with the series back for a third race at the Smoky Mt Speedway in Maryville, TN., that pays $10,000 to win and $1,000 to start on October 6-7, the fall NASCAR weekend events will be held at the Talladega Short Track on Saturday night October 14th and then for right now the final event on schedule is he Tennessee State championships at the Crossville Raceway in Crossville, TN., paying $7,500 to win on Saturday October 21st.

There are a few more track that are still looking at booking races on the 2017 Southern All Star schedule and we hope to have them nailed down in the near future so keep visiting website and Facebook pages for all the updates.