Twenty-seven dates in seven states serve as the ingredients for the 2017 USAC Midget National schedule.

Among the events are four distinct tours that make up the bulk of the schedule such as June’s “Indiana Midget Week,” July’s weekend trip to Illinois as well as an August tour of the Heartland of America and “Pennsylvania Midget Week,” which offers a total of eight races in a busy Summer stretch.

The 13th annual “Indiana Midget Week” kicks off with the first of six straight nights of racing action on June 6 at Montpelier Motor Speedway, followed by Gas City, Lincoln Park, Bloomington, Lawrenceburg and Kokomo to round out the series that continues to grow in popularity each year since its debut in 2005. 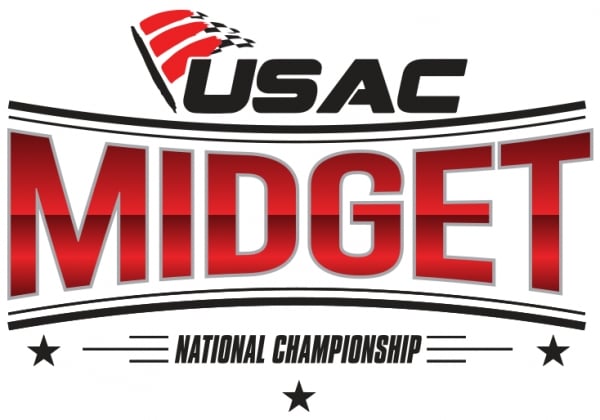 The2017 USAC Midget National schedule resumes with a weekend getaway to the Land of Lincoln on July 1-2-3. First up is Macon Speedway whose roots with USAC date back to Don Branson’s victory at the one-fifth mile bullring in 1959.

However, the series will make its comeback to the track after a decade absence on the first of July. A date is scheduled for July 2at a track yet to be determined, which will be followed up by the USAC National Midgets’ first venture to the one-sixth mile Illinois State Fairgrounds Multi-Purpose Arena – an outdoor venue in the capital city of Springfield located on the grounds nearby the one-mile dirt oval that the USAC Silver Crown Championship competes on each August.

The USAC National Midgets’ tour of the Heartland kick starts the month of August on the first with “Tuesday Night Thunder” at Nebraska’s Jefferson County Speedway followed one night later by the “Chad McDaniel Memorial” at Solomon Valley Raceway in Beloit, Kans. on Aug. 2. After a single day off, drivers and teams get back at it on the Belleville High Banks in Kansas for the 40th annual “Belleville Midget Nationals” on Aug. 4-5.

Susquehanna Speedway opens “Pennsylvania Midget Week” on Aug. 13 with dates at Path Valley Speedway Park and Lanco’s Clyde Martin Memorial Speedway set for the following two nights on Aug. 14-15. Aug. 16 is a day of rest before the mini-series’ final event hits the track at a yet-to-be-determined venue on Aug. 17.

Traditional dates dot the remainder of the series calendar for 2017 with the season set to begin indoors on March 18 at the Southern Illinois Center in Du Quoin. The “Kokomo Grand Prix” in Indiana provides the first multi-event weekend for competitors on Apr. 7-8.

Tri-City Speedway in Granite City, Illinois moves to an earlier slot on the schedule – May 19 – for a twin-bill with the USAC AMSOIL Sprint Car National Championship.

The ever-popular “4-Crown Nationals” goes into its 36th year at Rossburg, Ohio’s Eldora Speedway as the largest showcase for all three of USAC’s national divisions on one card in a single night. The famed event includes the National Midgets, Silver Crown, National Sprint Cars and the Arctic Cat All Star Circuit of Champions.

The fifth-annual “Jason Leffler Memorial” at Wayne County Speedway in Wayne City, Illinois provides the largest winner’s payday of the year on Oct. 20.

For the second consecutive year, the USAC Midget National schedule pairs with the Western States Midgets to conclude the 2017 USAC outdoor racing season with the 77th running of the prestigious “Turkey Night Grand Prix” oceanside at California’s Ventura Raceway.

Jun 9: (I) Bloomington Speedway (Bloomington, IN)

(A) represents an event with the USAC/ARDC Midgets

(W) represents an event with the USAC Western States Midgets