The first Martinsville Speedway lights were installed on December 20th, 2016.

Martinsville Speedway’s “Light Up Martinsville” project hit a major milestone Tuesday as the first of 19 light poles was put in place. The project will make the track the first major motorsports facility in the United States to have LED lighting.

UPDATE: The lighting project is complete

NASCAR’s only remaining track from its original 1949 schedule will celebrate its 70th anniversary in 2017 and Track President Clay Campbell said he doesn’t know of a more fitting way to celebrate the past than by celebrating the future. 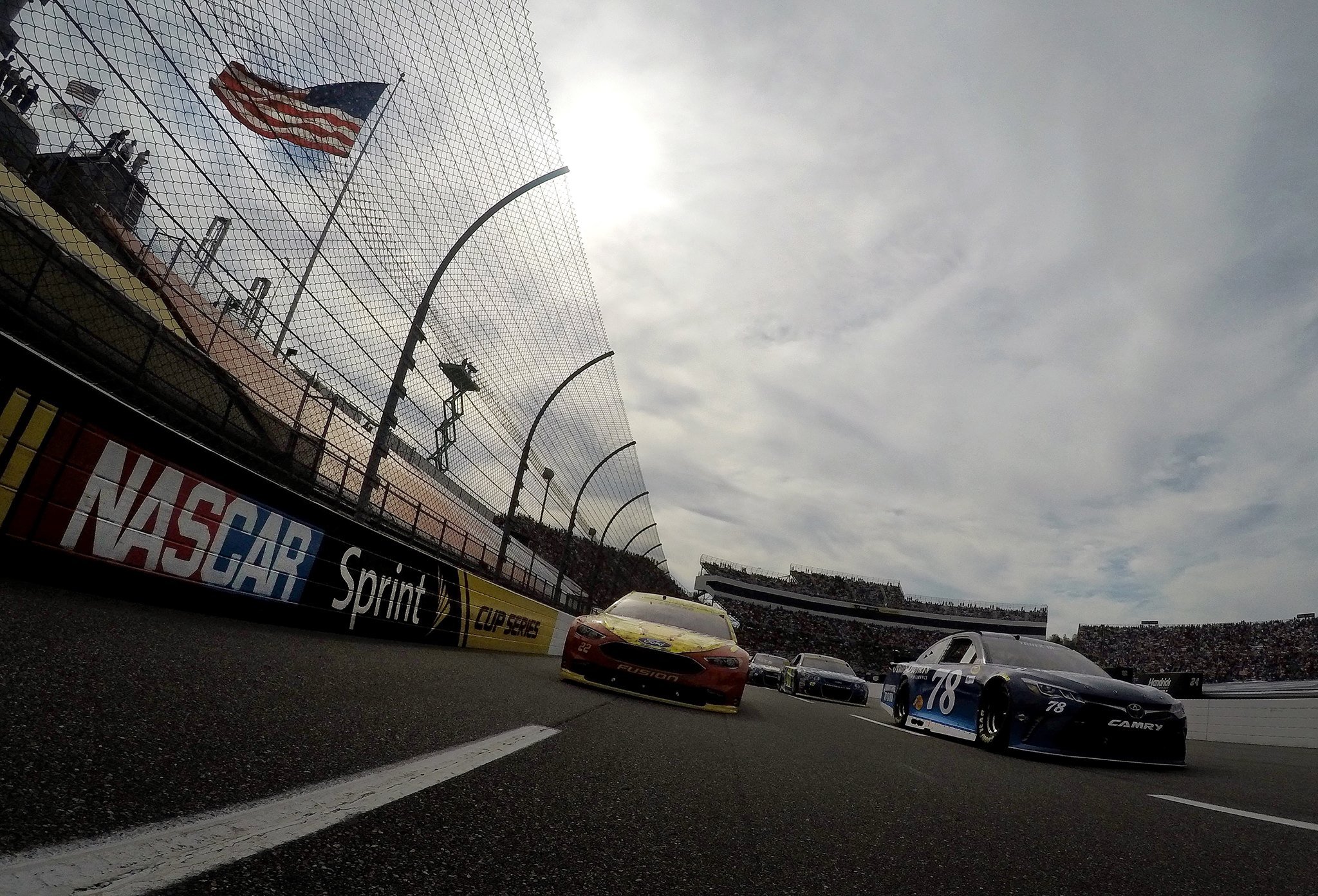 “It’s a big day for Martinsville,” Campbell said. “Who would have ever thought we would have had lights here? For a long time, that was not really in the cards. We’re excited to finally have the lights going up. I think it’s going to be an exciting year being our 70th anniversary. Our first night race.

“It’s just an exciting day. You’re finally getting to see something and it’s exciting for all of us.

While the installation of the lights marks the visual, Campbell said the work started not long after the track announced they would be installing the lights.

“There’s been a lot of work going on ever since we made the announcement,” Campbell said. “But, you get a visual now of what this place is going to look like with the lights on.

“We’re pretty excited. We’re finally getting to the point where you’re seeing something happen, not just what’s underground.”

Campbell said the project is on schedule and should be completed around the end of January.

The first scheduled race under the lights will be the ValleyStar Credit Union 300 NASCAR Late Model Stock Car race, in the fall of 2017. The race date will be announced in the coming weeks.

Related: First Martinsville Speedway Night Race is on the Schedule

The Monster Energy NASCAR Cup Series will be in action on Sunday with the running of the STP 500.

The race is the first short-track race of the season and marks the series’ return to the east coast after the “West Coast Swing.”

Last year Kyle Busch became the first driver in the tracks storied history to win both the Truck and Premier Series races in the same weekend.

Tickets are on sale now and can be purchased by calling 877.RACE.TIX or online at www.martinsvillespeedway.com.

Dillon had a lucky penny installed for Daytona 500; Same celebration at Earnhardt