EAST LANSING, Mich. (Jan. 25, 2017) – Luxury audio and high performance are a perfect combination, and the Lexus RC F GT3 will represent both as 3GT Racing debuts the new Lexus race car in the Rolex 24 at Daytona, the season opener for the IMSA WeatherTech SportsCar Championship.

3GT Racing today announced that Mark Levinson, the manufacturer of award-winning high-end home audio equipment and car audio systems, will be the primary sponsor of the 3GT Racing No. 14 RC F GT3 for the full, 12-race IMSA schedule. 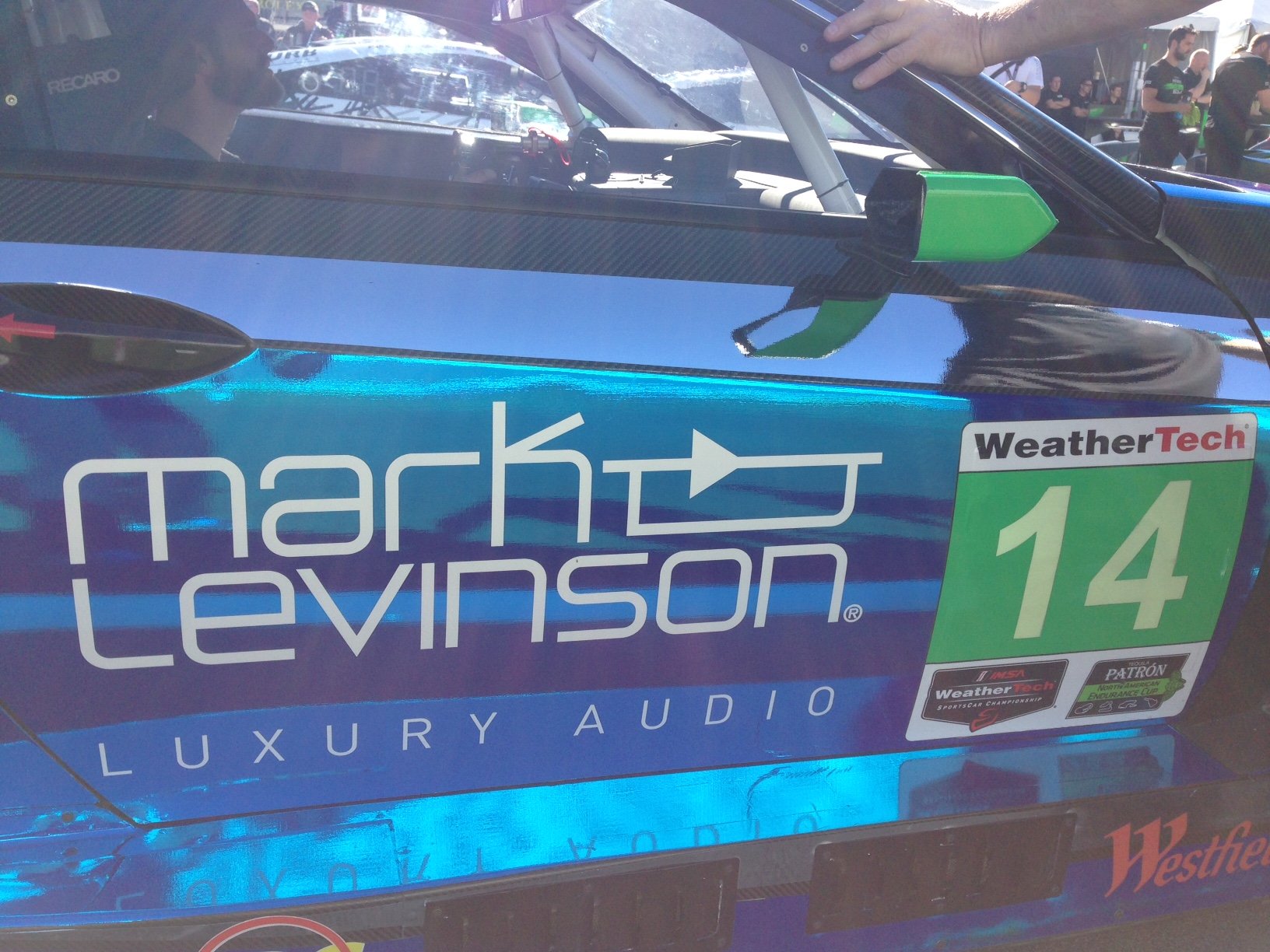 “We know Mark Levinson and Lexus are committed to high performance and both demand the highest results from their products and we share those same values,” said Paul Gentilozzi, 3GT Racing Managing Partner. “There couldn’t be a better fit. A partnership focused on displaying this performance is our objective. The exhilarating sound of Mark Levinson luxury audio systems and the performance on and off track of the RC F should be memorable.”

As an official marketing partner, the Mark Levinson logo will be branded on the doors of the Lexus RC F GT3 No. 14 and its luxury home audio components will be on display in the 3GT paddock alongside the No. 14 RC F GT3. Mark Levinson will also have a presence at the Lexus Racing Experience, the manufacturer’s at-track activation area, where fans can enjoy Mark Levinson home audio in a listening lounge environment.

Mark Levinson is looking forward to this venture into sports car racing, which represents an extension of its exclusive partnership with Lexus. For more than 16 years, Mark Levinson has been bringing passionately crafted sound to Lexus vehicles — spending thousands of man-hours collaborating with Lexus engineers to achieve the precise Mark Levinson Sonic Signature for each Lexus model.

“Lexus has always been a leader in luxury and technology, which makes them the ideal automaker to bring the renowned power, precision and purity of Mark Levinson audio to the automotive segment,” said Bill Wyman, Vice President, Marketing, Global Car Audio for HARMAN, parent company of the Mark Levinson brand.

He continued, “The success that we’ve had together made it easy to join Lexus and 3GT Racing in this motorsports effort. We could not be happier to go racing with such great partners, and to connect with a new audience of passionate racing fans as they discover Mark Levinson.”

Earlier this month at the 2017 Consumer Electronics Show in Las Vegas, Mark Levinson was recognized with a CES Innovation Award for the third year in a row.

Mark Levinson and 3GT Racing’s RC F GT3s will make their IMSA race debut in the Rolex 24 at Daytona on Saturday, Jan. 28.

Veteran sports car driver, Scott Pruett, will pilot the No. 14 Lexus RC F GT3 alongside driver Sage Karam at the Rolex 24 at Daytona International Speedway. They will be joined by drivers Ian James and Gustavo Menezes at the Rolex 24 and for the four Tequila Patron North American Endurance Cup races, which include, the Mobil 1 Twelve Hours of Sebring Fueled by Fresh from Florida, Sahlen’s Six Hours of The Glen and the Petit LeMans powered by Mazda at Road Atlanta.

Mark Levinson is part of the HARMAN portfolio of audio brands. Since 1972, Mark Levinson has been dedicated to the uncompromising art of sound, with the guiding principle of musical purity above all else. HARMAN (harman.com) designs and engineers connected products and solutions for automakers, consumers, and enterprises worldwide, including connected car systems, audio and visual products, enterprise automation solutions; and connected services. With leading brands including AKG®, Harman Kardon®, Infinity®, JBL®, Lexicon®, Mark Levinson® and Revel®, HARMAN is admired by audiophiles, musicians and the entertainment venues where they perform around the world.

More than 25 million automobiles on the road today are equipped with HARMAN audio and connected car systems. The Company’s software services power billions of mobile devices and systems that are connected, integrated and secure across all platforms, from work and home to car and mobile. HARMAN has a workforce of approximately 30,000 people across the Americas, Europe, and Asia and reported sales of $7.0 billion during the 12 months ended September 30, 2016. The Company’s shares are traded on the New York Stock Exchange under the symbol NYSE: HAR.

PREV POST
Jeff Gordon: “I never said I was retiring”