Austin Cindric, Dominik Farnbacher, Ian James and Gustavo Menezes will join 3GT Racing for the four Tequila Patron North American Endurance Cup races, which include the Rolex 24 at Daytona, the Mobil 1 Twelve Hours of Sebring Fueled by Fresh from Florida, Sahlen’s Six Hours of The Glen and the Petit LeMans powered by Mazda at Road Atlanta.

James and Menezes will share the No. 14 Lexus RC F GT3 with Sage Karam and Scott Pruett, while Cindric and Farnbacher will team with Robert Alon and James Hawksworth in the No. 15 entry.

Farnbacher said he’s honored to be selected to drive the Lexus RC F GT3 with the 3GT Racing team. 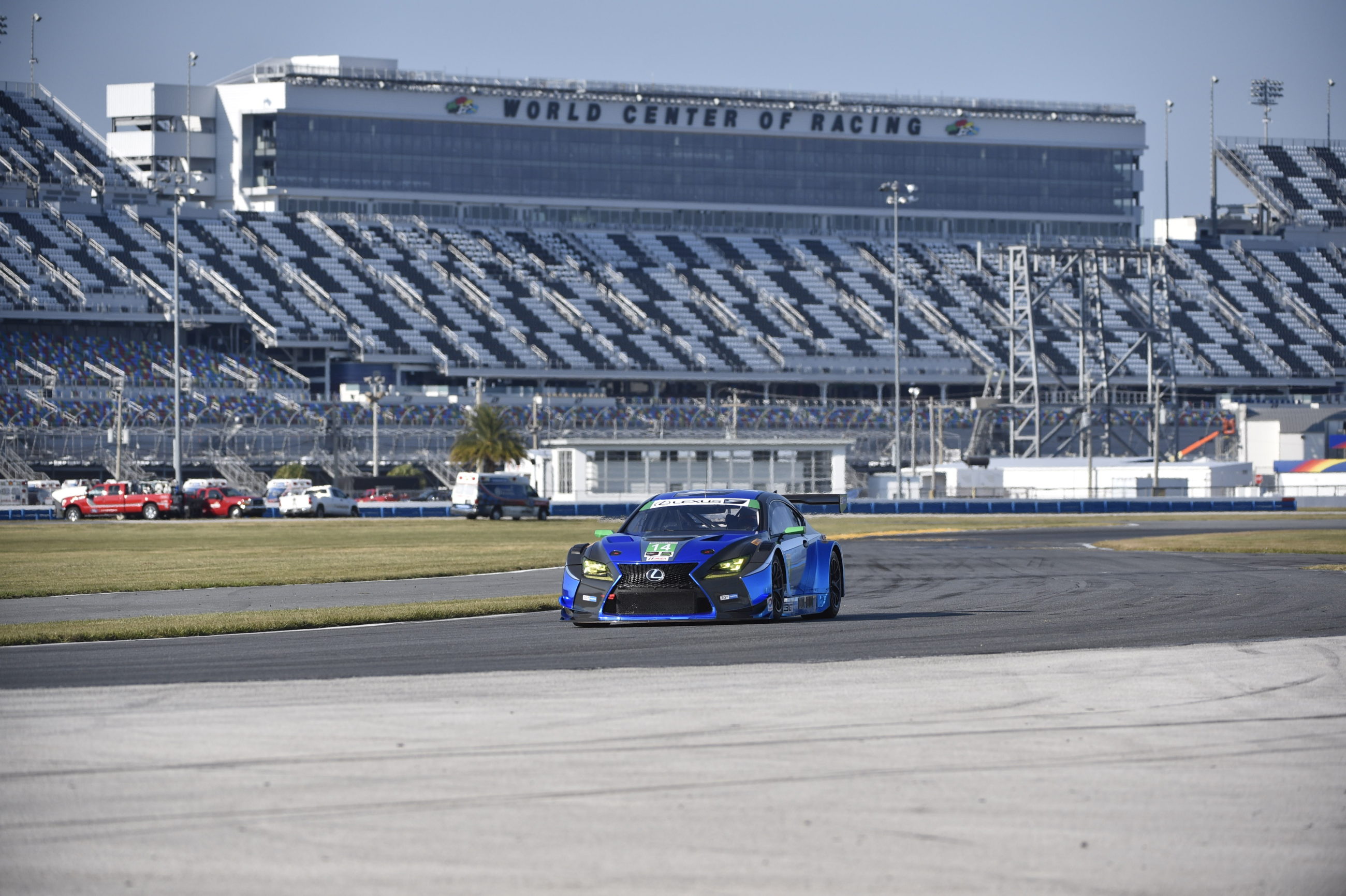 “I did some of the development for this car in Japan and Europe,” he said. “The first race we did with that car was in October and we won the VLN9 race on the Nürburgring Nordschleife. The car has huge potential to be competitive in Daytona and for the rest of the season. Right now, we are focused on the Rolex 24, that is our main goal.”

3GT Racing made its official IMSA debut at a test session at Daytona International Speedway in November, after conducting a number of private sessions, including tests at Atlanta Motorsports Park and Road Atlanta in October.

In addition to Farnbacher’s familiarity with the RC F GT3, Menezes has previous experience racing with Gentilozzi. The California native competed for Gentilozzi’s RSR Racing from 2013 through 2015. Most recently, Menezes captured a LMP2 class victory in the 24 Hours of LeMans this year, and three total WEC victories in 2016.

Cindric became the youngest winner in the history of the IMSA Continental Tire Series in 2015 at age 16, and has earned podium finishes in IMSA, GRC and Pirelli World Challenge. The Ohio native’s diverse racing background also includes victories in the NASCAR K&N Pro Series East and ARCA Series in 2016. Cindric is the son of Team Penske president Tim Cindric.

James comes to 3GT Racing having previously scored wins in IMSA, Grand-Am and America LeMans Series competition. A native of England, James finished third in the LMP2 class of the 24 Hours of LeMans in 2006. James is now an American citizen and resides in Phoenix, and he garnered the American LeMans Series’ Rookie of the Year honors in 2004.

In addition to his experience driving the RC F GT3 in Europe, Farnbacher brings considerable GT and endurance racing experience to 3GT Racing. He has two wins in the 24 Hours of Daytona – in the GTD class in 2015 and the GTS class in 2005 – and recorded a runner-up finish in the GT2 class of the 24 Hours of LeMans in 2006. Farnbacher drove for the SRT Viper program from 2012 through 2014, and he has wins in IMSA, Grand-Am and the American LeMans Series.

The four endurance drivers will join 3GT Racing for the Roar Before the Rolex 24 test at Daytona International Speedway from Jan. 6 – 8. The RC F GT3 then makes its competition debut in the Rolex 24 at Daytona later that month.