Click here to view overall race results as well as the race report for the Prototype class.

In the end, it was impossible.

The new GT Le Mans car was the Porsche 911 RSR for the two-car Porsche GT Team. It may look familiar, but the traditionally rear-engine 911 became a mid-engine race car, and Daytona was the world track debut of the car. Would it be fast? Would it last 24 hours on its first time out?

Yes, and yes. Both the Nos. 911 and 912 teams contended, and the No. 911 did better than that, challenging for the win at the end but settling for second, behind the favorite, the 24 Hours of Le Mans-winning No. 66 Ford Chip Ganassi Racing Ford GT, which edged the Porsche by less than three seconds after 652 laps of the 3.56-mile Daytona International Speedway infield road course. 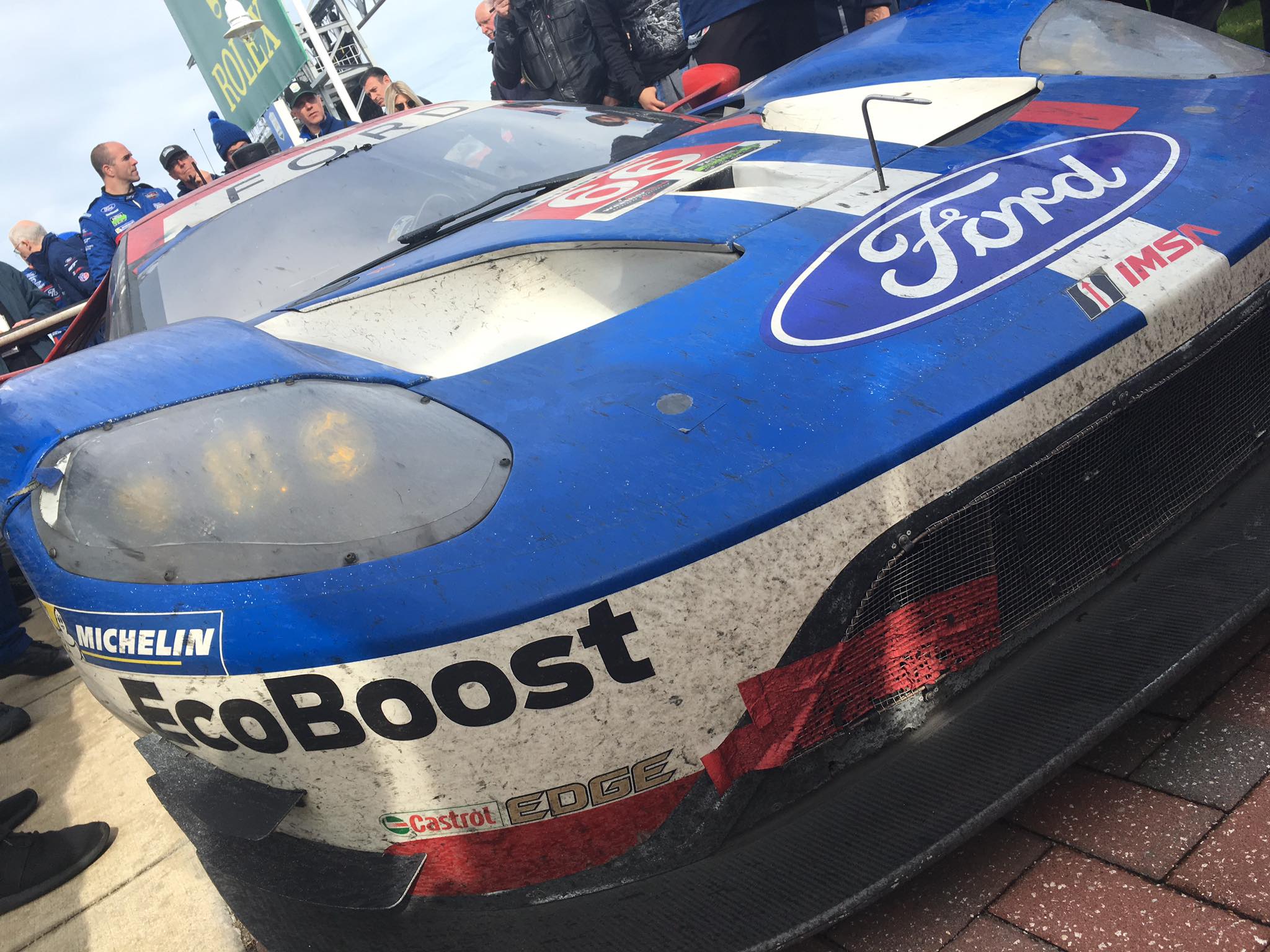 The win went to the team of Joey Hand and Dirk Mueller, aided by IndyCar star Sebastien Bourdais, the same trio that took the Le Mans class victory. It was a matter of unfinished business for Ford, which debuted the racing version of the Ford GT here in 2016, and did not fare well. Ford brought its two North American-based GTs, as well as its two European-based cars, in an all-out assault on the Rolex 24.

And it took all four: While the No. 66 won, second was the Porsche, third was a Ferrari, fourth was a Chevrolet Corvette. And the fastest lap of all four of those cars was less that one half-second apart, and the top seven cars were all on the lead lap.

The second-place Porsche No. 911 was driven by Patrick Pilet, Dirk Werner and Frederic Makowiecki. Pilet, the driver during the last stint, wasn’t happy with second place. “I’m never happy with second,” he said. “I’m proud of the work the guys did our first time out. I did everything to overtake the Ford, I destroyed my tires trying to catch him. But I was glad I was able to maintain second for Porsche.”

Much happier was the No. 66 Ford GT team, including Joey Hand, who said the 12 hours of light but constant rain was an ordeal. “I’ve done a lot of racing in my life, and that was some of the toughest stuff I’ve dealt with,” Hand said. “But we did what we had to do. The car is dirty but there isn’t a scratch on it.”

“We didn’t put a wheel wrong,” said Bourdais, “and it paid off.” 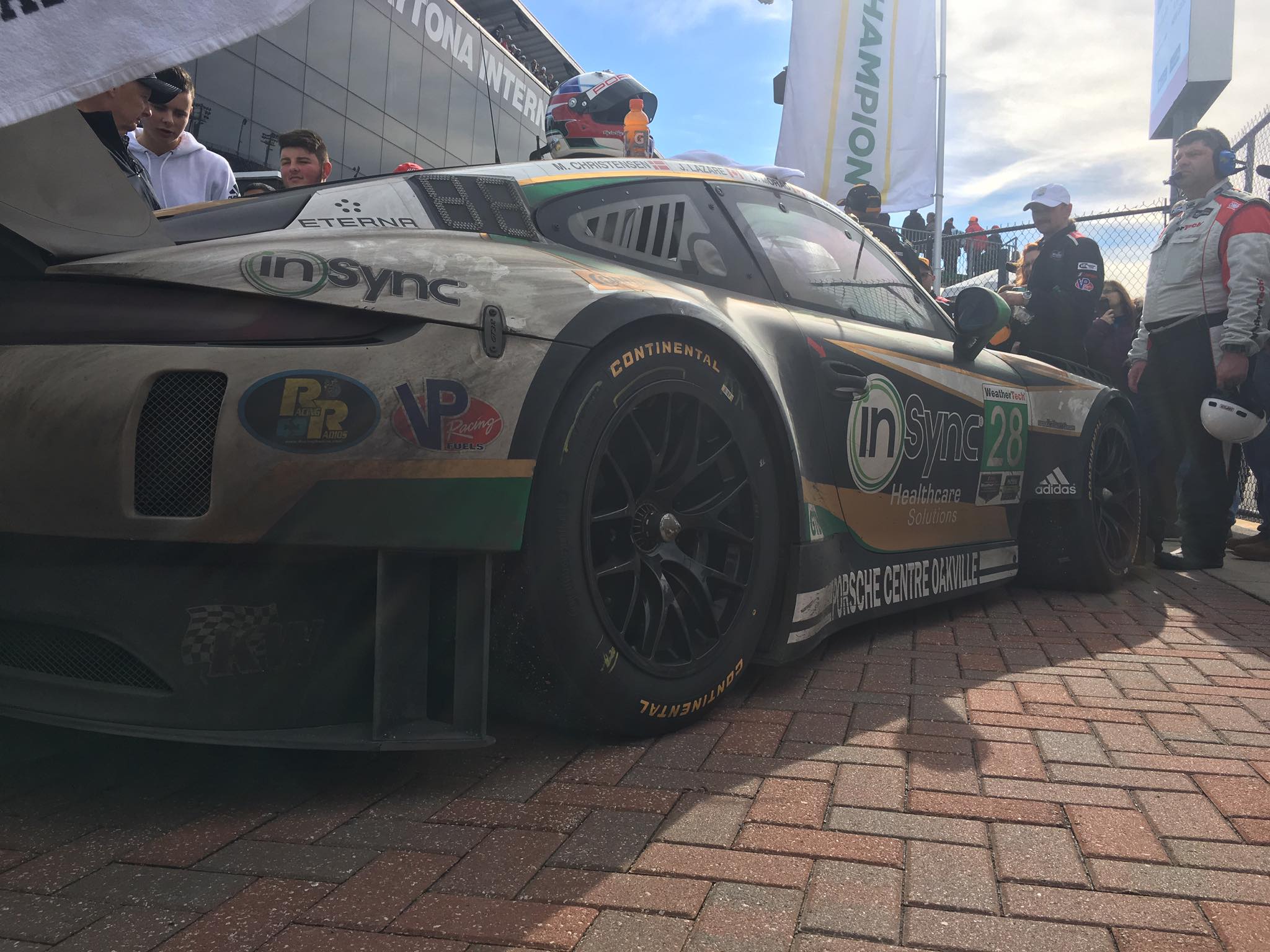 In the GT Daytona class, last year’s decision to adopt the global GT3-class rules has generated more interest from manufacturers, and more entries: The Mercedes-AMG GT3 and Lexus RC F GT3 made their WeatherTech Championship debuts here, and the Acura NSX GT3 has never raced anywhere until this weekend.

Even so, the GT Daytona win went to the No. 28 Alegra Motorsports Porsche 911 GT3 of Carlos de Quesada, his son Michael, Jesse Lazare, Daniel Morad and Michael Christensen, not a team among the early picks. The younger de Quesada, Lazare and Morad all are 2016 champions of IMSA-sanctioned Porsche GT3 Cup Challenge series in the U.S. and Canada.

“It was incredible,” said Michael de Quesada. “When my dad won here in 2007 I was here, and now being here today at the top of the podium, and getting that Rolex watch – it was the most amazing feeling.”

“I don’t even know how to describe it,” Christensen said. “The team and the crew kept the car in one piece, and I was the one who got to bring it home. The whole team did a phenomenal job.”

The top-finishing Acura was the No. 86 Michael Shank Racing NSX GT3 of Jeff Segal, Oswaldo Negri, Jr., Tom Dyer and Ryan Hunter-Reay, which finished fifth. And of the two Lexus RC F GT3 cars of 3GT Racing, the No. 15 of Jack Hawksworth, Robert Alon, Austin Cindric and Dominik Farnbacher came in 36th.

Next up: The Mobil 1 Twelve Hours of Sebring Fueled by Fresh From Florida, March 15-18. 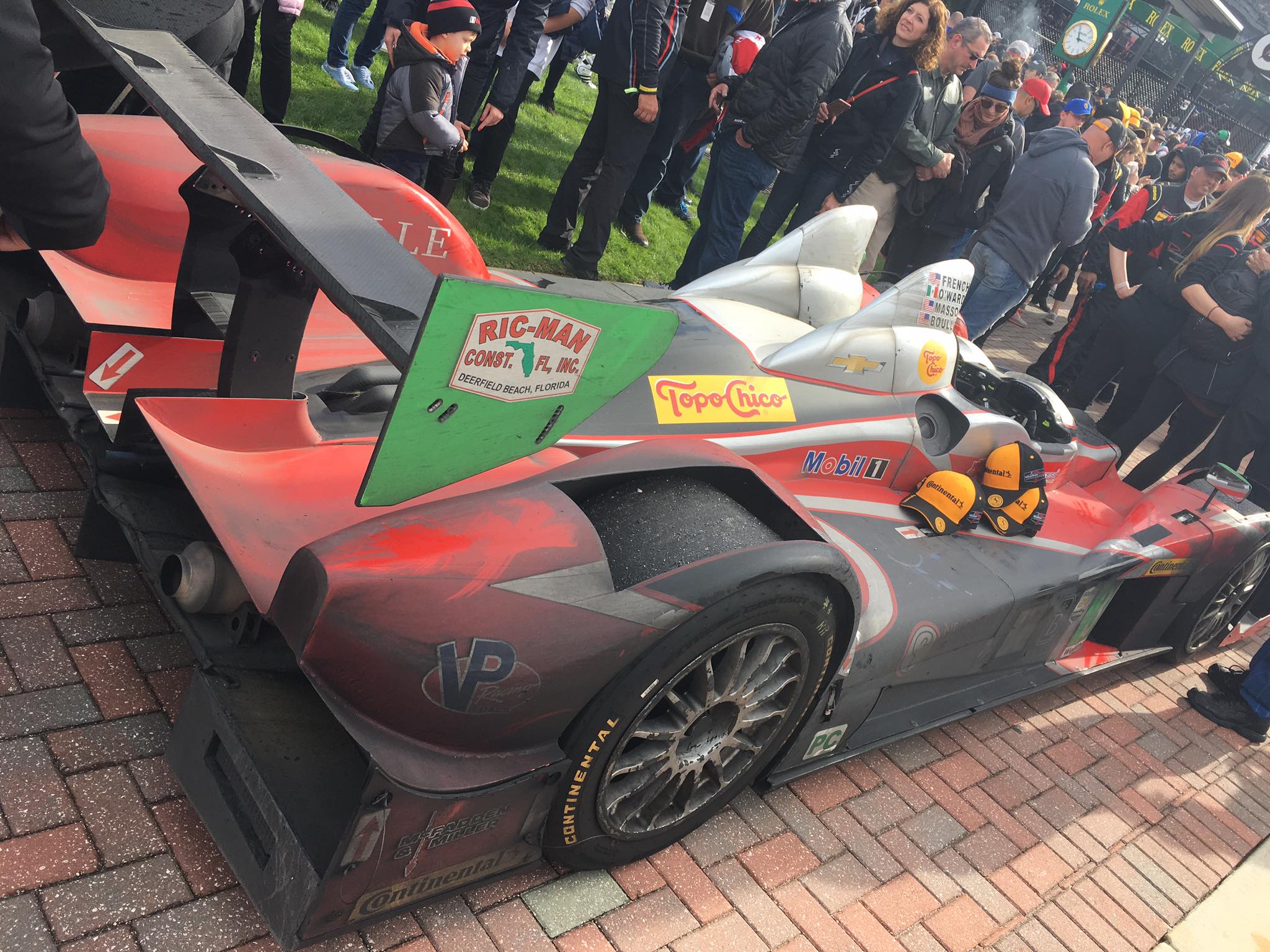 In the other Prototype class, Prototype Challenge, it was slightly less compelling, with the No. 38 Performance Tech car finishing 22 laps ahead of second place, the No. 2 BAR1 car.

The Performance Tech driver lineup of James French, Kyle Masson, Nicholas Boulle and 17-year-old Patricio O’Ward is one of the youngest in the history of the race, but they did what they had to do. The drivers picked up the Prototype Challenge class win in the Rolex 24 at Daytona event.

“Twice around the clock, a lot can go wrong,” French said, “and to come here and win it was amazing. But we kept it clean and here we are.”

Click here to view overall race results as well as the race report for the Prototype class. Wayne Taylor Racing picked up the overall win.

NEXT POST
3GT Racing Home Grand Prix up Next – Detroit