So late, he missed tech inspection, hot laps, qualifying and his heat race. I spent a bit of time in the stands that night, the talk up there was ‘Where’s Bloomquist?” That question would later be answered. To the surprise of everyone in the stands, the zero car roared onto the racetrack for the B Main. 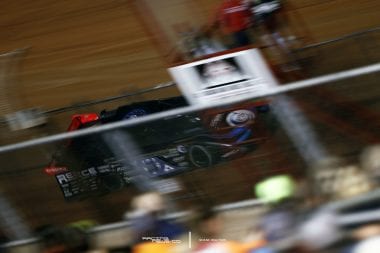 He started at the tail of the field, went nowhere fast and ended up pulling off track. However, as the defending Lucas Oil Dirt champion he was offered a provisional starting spot in the A Main, again starting at the tail.

The crowd loved it. Well, the vast majority of them did. Especially those who traveled across states to see the best dirt late model drivers in the country, all at one racetrack.

Others were not so pleased.

Clint Bowyer was one of those not so pleased. Bowyer isn’t just a NASCAR driver. He’s also a car owner, fielding two cars in the LOLMDS. The #14 driven by Darrell Lanigan and the #5 driven by Don O’Neal are both Clint Bowyer Racing machines.

Clint Bowyer was at home watching the race, relaxed, fire side. When he saw that all black zero on track it fired him up enough to pull out the twitter device.

If the champion can’t seem make pre tech or hot laps or hell even qualifying. He shouldn’t get a provisional. Number says it all. #sickofit

The Lucas Oil Late Model Dirt Series has since responded to Scott Bloomquist, via the rulebook. Enter the new ‘Bloomquist Rule’. 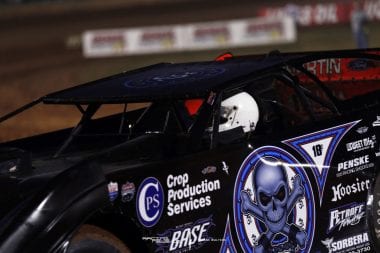 If pre-drivers tech is missed, that driver will be missed from the program. No provisionals will be offered in this situation going forward.

Paraphrasing, the new LOLMDS rule basically states drivers must show up on time to race. Imagine that…

The drivers will have 1 mulligan per year. Do to unforeseen circumstances sometimes teams will arrive a bit too late for pre-drivers meeting tech inspection. In those cases, you can get away with it, once.

On another note; sometimes teams will arrive late to the track after a roadside incident, of various sorts. Chasing the LOLMDS across the country can be a very fast-paced lifestyle, without much room for downtime of any kind. I can speak on a first hand account of that.

If a tardy driver can prove that he or she is late due to a roadside mechanical issue or accident you might be able to race. In that case, the regular LOLMDS drivers will take a vote. If they vote no, the tardy driver will be forced to turn around and head back home.

Shown below are the technical inspection rules.

C.) Any changes or alterations required must be completed, and the race car returned to Technical Inspection before Hot Laps – No sticker means No Hot Laps – No exceptions

D.) After a race car has passed Technical Inspection, and sticker has been issued, No alterations may be made to the race car – any changes to spoiler height, deck height, quarter panels, doors or any other part of body will result in loss of Qualifying Time or loss of position in either Heat Races or Last Chance Races.

F.) Any race car found to be illegal, as a result of changes, on the Starting Grid for the Main Feature or a Last Chance race, will be changed back to legal and start from the rear – changes may not be made on the grid, car must return to the pits. Failure to follow this procedure will result in immediate disqualification, and the grid being filled with the next alternate. Please Note: If a driver decides that changes need to be made to his car (such as changing tires) once it has been put into position on the starting grid for the feature, he may not leave the grid to make changes until the field has been sent off on the warm-up lap. It is the Driver’s responsibility to return before the one-to-go signal has been given in order to retain his starting position, or start from the rear. No Exceptions.

G .) Rear car cover is allowed. It must remain on the rear of the car, and must be fastened to the rear T-bar and cannot exceed outside of the rear quarter panels. The cover must be removed prior to leaving pit stall. No covers of any kind under the car or covering wheel openings. Each team will receive one (1) verbal warning for the 2017 season. A second infraction will result in a loss of hot laps, a loss of qualifying lap, or placement to the tail of your next scheduled event, depending upon when said second infraction occurs.

Tim McCreadie releases letter to fans ahead of DTWC