I was always told that if you didn’t spin in practice, you weren’t trying hard enough. What happened today was nothing like that. Watch the video below.

It’s limited edition to see any kind of crash in practice. Beyond that, it’s extremely rare to see two cars wreck each other in pre-race action. Crashes in practice tend to mostly be self spins. Well, yesterday was different.

Joey Gase explained the incident from his point of view, “He just flat-out spun me going into (Turn) 3 for some reason.”

He elaborated, “We were struggling really bad and I gave him plenty of room and he just drove right into me. I think it just shows how bad of a driver he is. … I think that’s basically all I have to say. … He didn’t give me a reason or anything. … I just really hate it for my guys; we work the hardest in the garage out of anyone.” 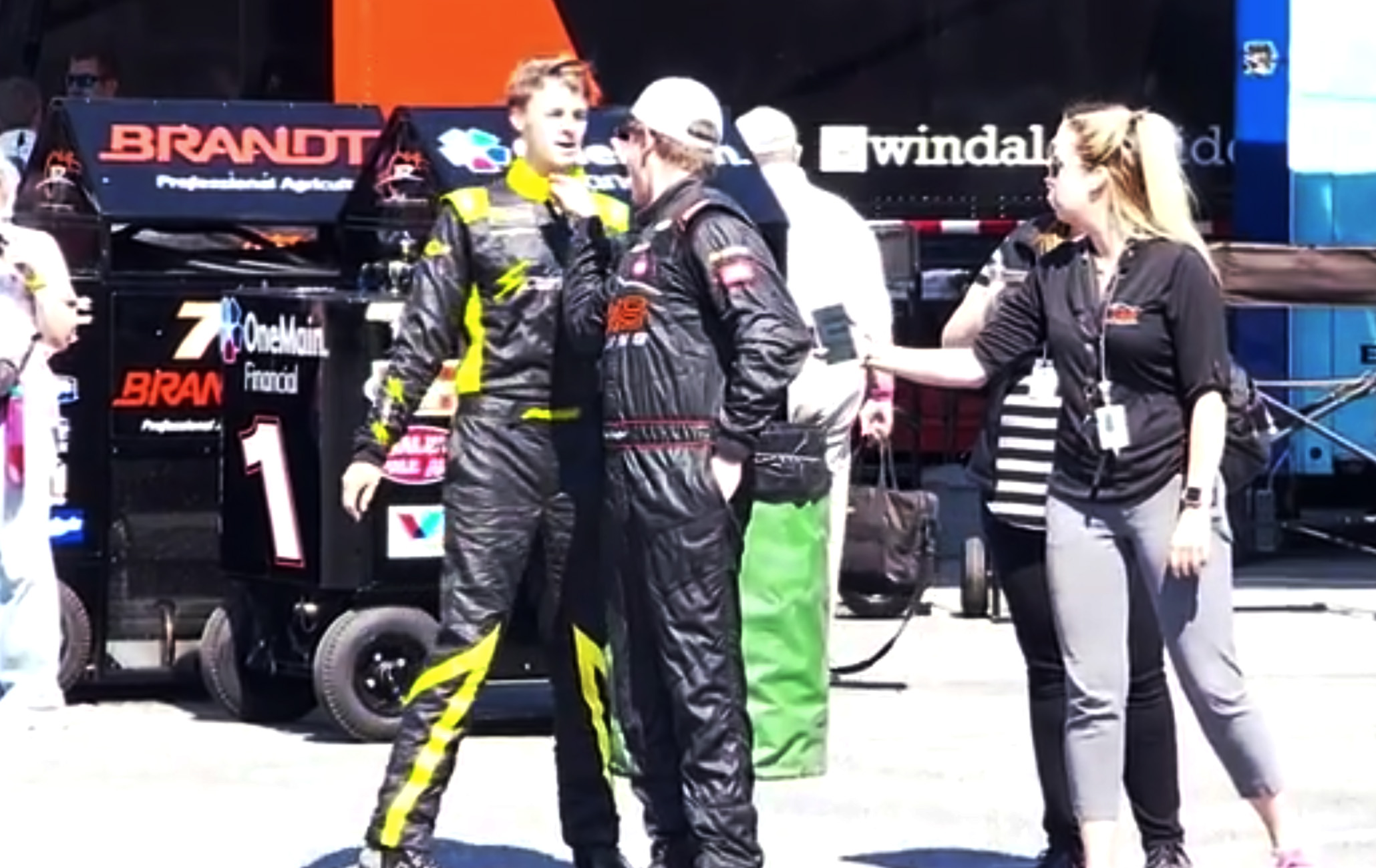 After the incident, the two NASCAR drivers found each other in the garage area, helmets off. Gase was asked by FOX Sports what that exchange entailed. Gase responded, “All he said was… Get the hell away from me.”

Spencer Gallagher explained his point of view saying Gase braked extremely early. He screamed on the radio before the cars came to a stop, “What is he thinking?”

He then toned down his voice a bit for a message to the GMS Racing crew, “Unbelievable; I’m sorry guys.”

Joey Gase was on his 10th lap of practice. He was ranked 38th on the time sheets, turning a personal best time of 25.136.

Spencer Gallager was on his 13th lap of practice. He was ranked 18th at the time of the crash with a fast lap of 23.757.

It’s likely the pure differential in times was a big part of the accident. Mix in overzealous Xfinity drivers, and you end up with this situation.

Yesterday, both drivers made it back to the track for Practice 2. They will qualify and race in the NASCAR Xfinity Series events today.