The universal kit to be used by all teams next season was a collaboration between INDYCAR and Dallara with the style design support of Chris Beatty, a concept design and 3D animation consultant based in the United Kingdom. The goal was to make the car resemble past Indy car favorites with a sleek, bold look while incorporating the latest technological and safety advancements. 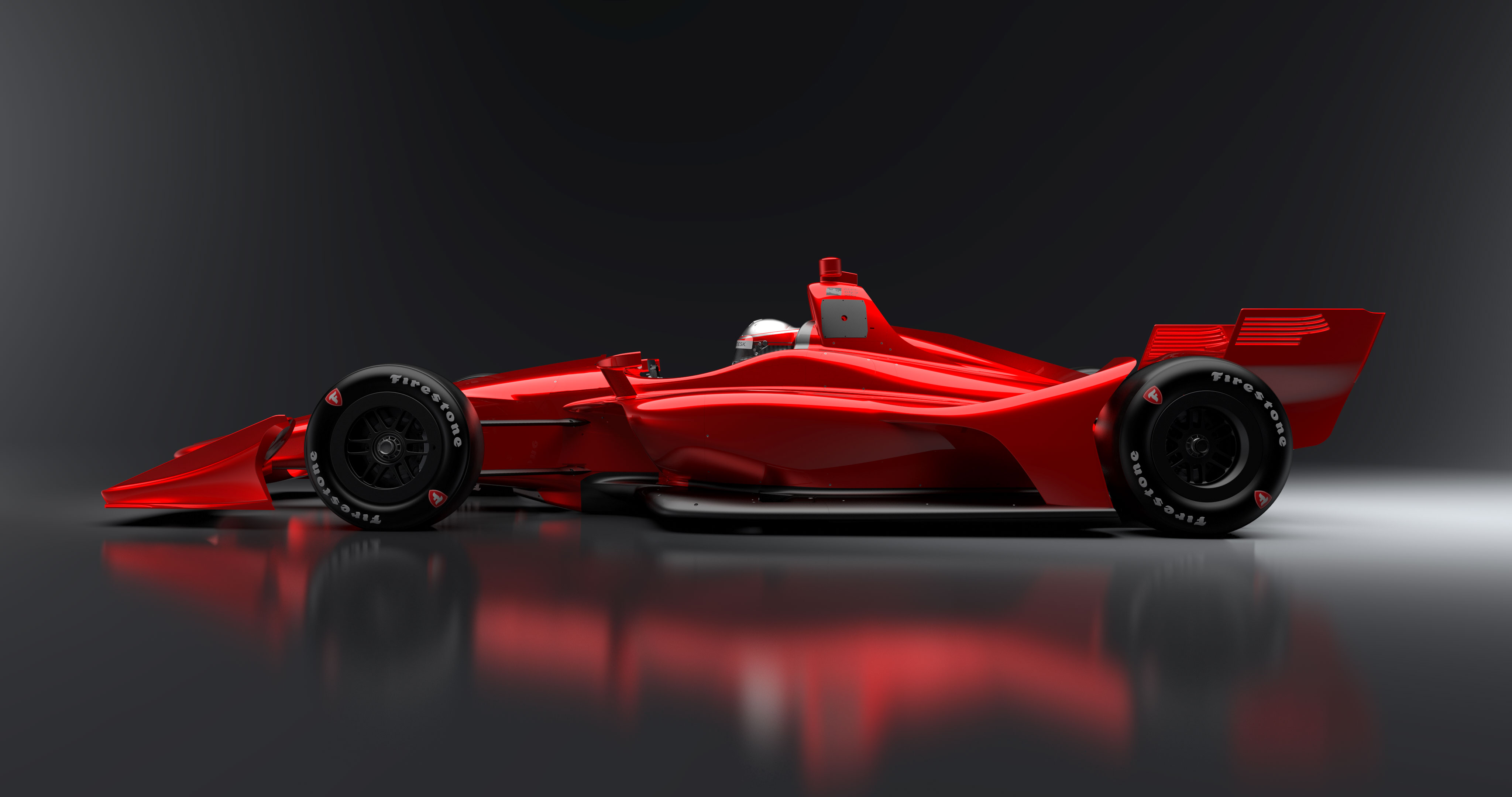 The process of creating the next-generation Indy car began in April 2016 when INDYCAR, sanctioning body for the premier North American open-wheel racing series, set the criteria for potential manufacturers. The design process commenced in November with hand drawings outlining the general design of the car.

“This has been a collaborative effort from multiple parties, including input from our paddock and fans,” said Jay Frye, INDYCAR president of competition and operations.

“Dallara has been a great partner, and we couldn’t be more enthused with the look, the safety enhancements and the performance objectives of the 2018 car.”

Dallara has supplied safety cells for the Verizon IndyCar Series since 1997 and been the sole chassis supplier since 2008. It has also supplied since 2015 the chassis used in Indy Lights presented by Cooper Tires, the top level of the INDYCAR developmental ladder. Dallara will continue to support Verizon IndyCar Series teams through its U.S. headquarters and engineering center a few blocks south of Indianapolis Motor Speedway in Speedway, Indiana.

“2017 marks the 20th anniversary of our presence in INDYCAR, and it is a great honor for us to continue our partnership with the Verizon IndyCar Series,” said Andrea Pontremoli, Dallara CEO and general manager. “Our main goal for the new aero kit was to work on the style, trying to maintain the American essence of the car and the series keeping a good level of performance and safety.”

INDYCAR has scheduled the first test of the universal kit’s superspeedway oval configuration for July 25-26 at Indianapolis Motor Speedway. The road-course configuration will be tested Aug. 1 at Mid-Ohio Sports Car Course, the day following the Honda Indy 200 at Mid-Ohio, the 13th race on this year’s Verizon IndyCar Series schedule. Other tests are scheduled for Aug. 28 (at Iowa Speedway) and Sept. 26 (at Sebring International Raceway).

Verizon IndyCar Series teams will still be able to choose between Chevrolet and Honda engines for competition in 2018. As with the current aero kits provided by Chevrolet and Honda through the end of this season, the universal car will come in two configurations: one for superspeedway ovals and the other for street courses, road courses and short ovals.

A key component of the new car is its ability to generate most of its downforce from underneath as opposed to the top side, which differs from the current bodywork kits. The change reduces the turbulence a leading car produces in its wake, improving the chances of a trailing car to make a pass. More passing typically generates more exciting racing.

INDYCAR’s aerodynamic target safety enhancements include side impact structures in the car’s sidepods and repositioned radiators to assist in reducing the severity of side impacts by crushing on impact. Other noticeable features in the new car images include a lower engine cover to provide a more traditional Indy car look. Turbocharger inlets are moving to the inside of the radiator inlet ducts.

The rear wing and front wing main plane are smaller in the new car look, and the centerline wicker from the nose of the car to the cockpit is tapered. The rear wing in the street course/road course/short oval configuration is lower and wider. The fins on the leading edge of the sidepods of the current car will be minimized on the 2018 car.

INDYCAR is the governing body of the Verizon IndyCar Series, the premier open-wheel racing series in North America, and the Mazda Road to Indy presented by Cooper Tires development ladder, which includes: Indy Lights presented by Cooper Tires, the Pro Mazda Championship presented by Cooper Tires and the Cooper Tires USF2000 Championship powered by Mazda. INDYCAR events are available to a worldwide audience through a variety of multimedia platforms, highlighted by long-term and broad-reaching partnerships with ABC and NBCSN. INDYCAR is continually at the forefront of motorsports innovation with drivers, teams and tracks benefiting from safety and technological improvements such as the SAFER Barrier, SWEMS wheel and chassis component tethers, chassis enhancements, advanced aerodynamic bodywork kits, high-definition in-car cameras and E85 ethanol fuel.

Dallara was founded by its current president, Giampaolo Dallara, in 1972. After working at Ferrari, Maserati, Lamborghini and De Tomaso, Dallara wanted to continue pursuing his dream of working in the world of race cars. He established Dallara Automobili da Competizone in his hometown of Varano de Melegari, Parma, Italy. Since its establishment, Dallara has become world-renowned for its specialty in designing, manufacturing and developing race cars and consulting activities to some of the most important brands in the world. Dallara prides itself in searching for the highest standards of quality, performance, safety and customer support.