Harry Scott has a former team owner in the Monster Energy NASCAR Cup Series. Beyond, the premier series, he was also a NASCAR Xfinity co-owner. Additionally, he fielded teams in the NASCAr K&N Pro Series.

The family of Harry Scott Jr has issued a statement, “We are shocked and saddened to confirm that Harry Scott, Jr., age 51, passed away yesterday, August 2, 2017. Harry will be remembered as a loving family man and successful business owner.

They continued, “We ask that everyone please keep Harry’s smile, generosity and essential kindness in your thoughts and prayers. Details about funeral services will be announced when they are finalized.”

NASCAR concluded, “The sport was proud to have Harry as our champion owner during that storybook era. NASCAR extends its deepest condolences to his family and friends.” 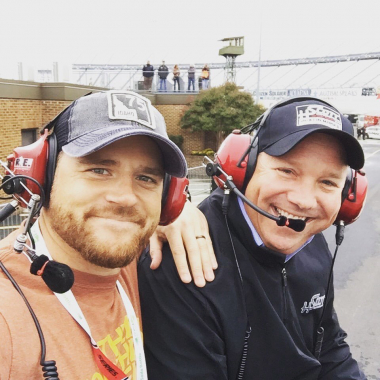 “I know he took tremendous pride in seeing every one of our drivers at HScott Motorsports with Justin Marks realizing their dreams and starting their journey in our cars. Harry loved racing and was truly committed to seeing success across all of his teams. Without his commitment to the sport many would not have had the opportunity to ascend to positions they hold today. My thoughts are with Harry’s friends and family during this difficult time. I’ll always remember my first business partner in NASCAR with gratitude, pride, and joy.”

No details were released on the cause of Harry Scott’s death.

Robert Yates has died at age 74