Brad Keselowski will run this No. 2 Miller Genuine Draft paint scheme at Darlington Raceway later this season. It’s a tribute to the 1990 design driven by Rusty Wallace for car owner Raymond Beadle.

1990 was the final season that Rusty Wallace drove for Blue Max Racing. That year he picked up a win at Charlotte and Sonoma. He finished 6th in the driver standings.

In 1991, Rusty Wallace entered his debut season with Team Penske.

The Keselowski die-cast is already available for purchased via the Lionel website. 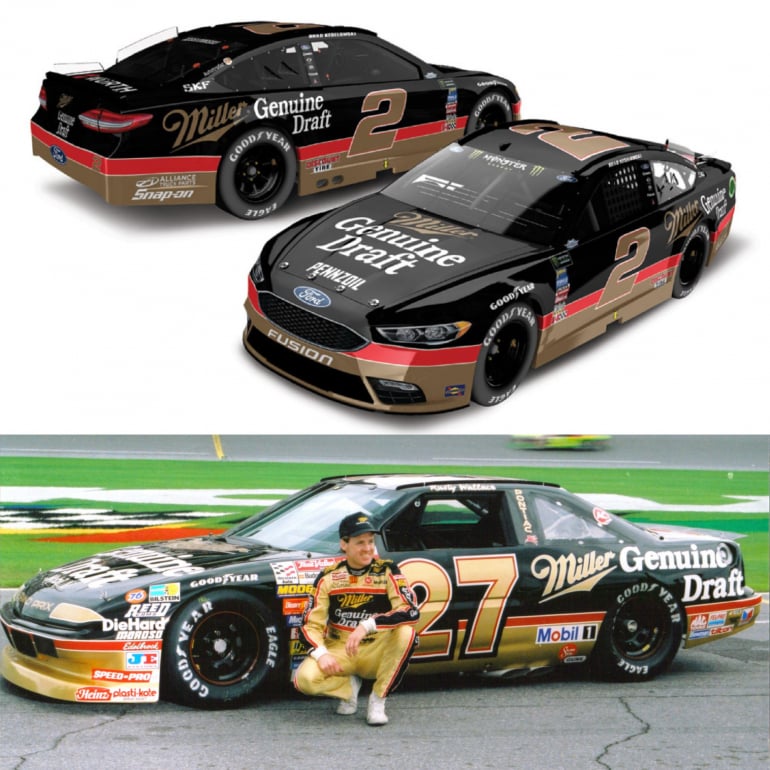 Related: Brad Keselowski and Rusty Wallace do some testing at Daytona in Gen6 car (2014)

NEXT POST
Sullair to become partner with Roush Fenway Racing