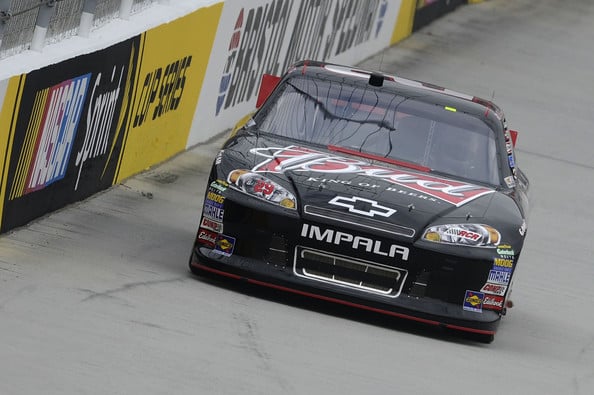 PHOENIX — For each of his 12 seasons in the NASCAR Sprint Cup Series, Kevin Harvick has driven for Richard Childress Racing.

Multiple NASCAR industry sources confirmed to ESPN.com on Friday that Harvick has signed a multiyear agreement to drive for Stewart-Haas Racing beginning with the 2014 season.

Harvick will remain at RCR in the No. 29 Chevrolet for the 2013 campaign, sources said.

“I’m looking forward to finishing out this season on a strong note with RCR and continuing to build our program going into the 2013 season with the ultimate goal of winning a championship,” Harvick told ESPN.com on Friday at Phoenix International Raceway, when he was asked about his future. “Anything beyond that, once I know what my future plans are set, I’ll let you know.”

RCR owner Richard Childress obviously was irritated by the report.

Asked if Harvick has told him he will not drive for RCR beyond 2013, Childress said, “You need to go talk to them people. Don’t talk to me about it.”

“Stewart-Haas Racing’s driver lineup is all set for 2013, but if you’re talking about 2014 and if Kevin Harvick is available, that’s something the team would have to look at,” SHR team spokesman Mike Arning said. “Any team in this garage would do the same.

“From the moment Stewart-Haas Racing was formed, becoming a four-car team is something it’s been striving for. They have the infrastructure to accommodate a fourth team, and if everything aligns properly, it’s something they’ll do. So, if a driver the caliber of Kevin Harvick is available, it’s something they would pursue.”

When Earnhardt died in the final corner of the 2001 Daytona 500, Childress called on the then-Busch Series up-and-comer to take over. The car’s number was changed to 29, and three races later, Harvick was a Cup Series winner.

In all, he has 18 career victories at NASCAR’s top level.

Harvick contemplated leaving RCR the previous time his contract was up in 2010. But in good faith, he chose to remain with the man who gave him an opportunity at the big time.

But this time around, sources noted, Harvick believes Stewart has the ability to motivate him, and that was a critical factor in his decision.

It is not unprecedented for a driver to sign with a team a full year before joining it.

In 2010, Kasey Kahne signed with Hendrick Motorsports for the 2012 season. He finished the 2010 campaign with Richard Petty Motorsports, then moved to Team Red Bull for 2011 before joining HMS this season.

News of the Harvick move came the same day RCR announced Austin Dillon will drive the No. 33 in next season’s Daytona 500 with sponsorship from Cheerios.

Team owner Childress is openly grooming his organization for his grandsons, Austin and Ty Dillon, who are competing in NASCAR’s lower national levels.

Elliott Sadler, though, is tied with Ricky Stenhouse Jr. atop the Nationwide Series standings with two races to go in the championship race.

Sadler has been let go by Childress for next year. Austin Dillon is third in the Nationwide standings, while Ty Dillon is second in the Truck Series standings.

Information from ESPN.com’s David Newton and The Associated Press was used in this report.