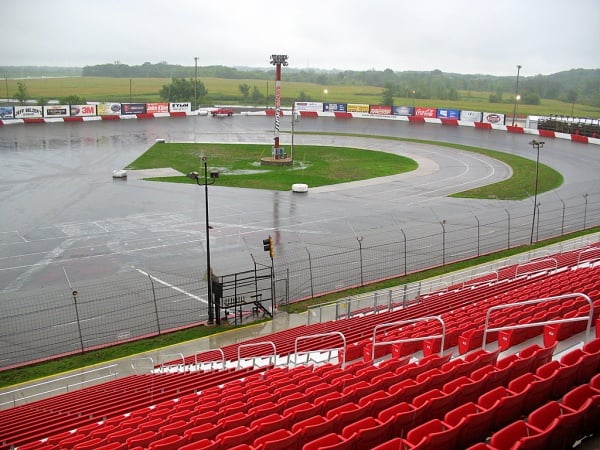 (ELKO, MN) For the first time since a successful two-year stint at Bristol Motor Speedway in 2000-01, the World of Outlaws STP Sprint Cars will compete on a pavement track temporarily covered in dirt in 2013.

Elko Speedway, a 3/8-mile pavement track located approximately a half hour south of Minneapolis, will host its first-ever World of Outlaws STP Sprint Car Series event on Friday, May 10.

“You don’t know what you’re going to be up against until you get there,” Swindell said.

While it will be the first World of Outlaws STP Sprint Car Series event at Elko Speedway, it’s far from the first race on dirt at the semi-banked oval. Track owner Tom Ryan said Elko Speedway is covered in dirt each fall to end the season and begin the ensuing season. A variety of events are held on the dirt before it is pealed for the pavement season.

“We do it all the time,” Ryan said. “It’s not so much a new thing for us to have dirt on our track, but to have the World of Outlaws is certainly huge.

“We’ve had nothing but success on dirt. It really, truly is a progressive banking. For sprint cars, there are three full grooves all around the track. They can run low. They can run high. They can run a diamond pattern. We see it all.”

Stay tuned to WoOsprint.com and SLSpromotions.com for more information throughout the off-season.

Tim McCreadie discusses the differences between dirt and pavement racing

Larson will pull double duty, from pavement to dirt