CARS INDUSTRY: The True Prophecy Of The Mayan Calendar: The End Of The World Is Not Nigh, But The Age Of MINI Is About To Dawn 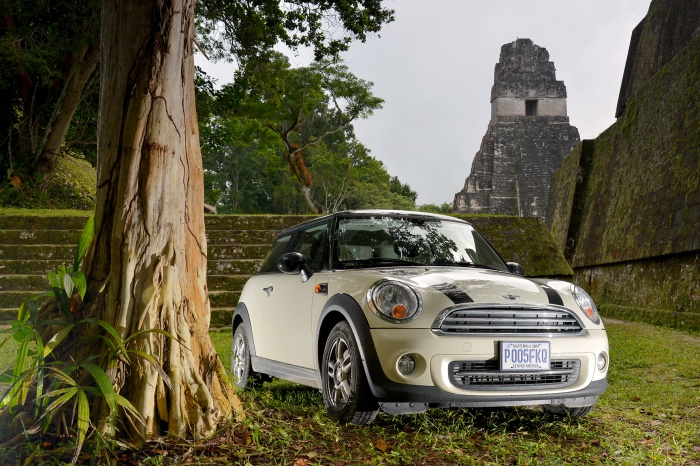 Munich/Tikal. The end of the world has been cancelled. Time to party! Many Central American countries, such as Mexico and Guatemala, will hold lavish festivities to welcome the dawning of a new era on 21 December 2012. The date is taken from historic records left by the Mayan people more than a millennium ago. One of the entries in the Mayan calendar has for many years been interpreted as prophesying the end of the world. Yet if you travel to this part of the world to observe the preparations for this special day, you’ll soon realise it can’t possibly be about the foretold apocalypse. In Guatemala more than half the population are considered direct descendants of the Mayans, and for months the locals – along with the tourists – have been gearing up for 21 December at the spectacular Mayan archaeological site of Tikal. This former centre of Mayan civilisation will host the celebrations because, contrary to popular belief, the pivotal date does not mark the end of the world but the dawning of a new era – and for MINI likewise a new period full of exciting challenges.

The British manufacturer of premium small cars is now represented in more than 100 countries worldwide. The Central and South American region currently ranks among the particularly strong-growth markets. This year has already seen sales of more than 7,350 MINI models, which is around nine per cent more than for the whole of 2011. In Mexico alone there have been over 3,400 MINI deliveries since the beginning of the year – already a sales increase of 28.5 per cent compared to 2011 as a whole. In Mexico the new MINI era has already begun.

The brand’s involvement in Guatemala is still relatively fresh. MINI delivered its first vehicles to this 15-million state in 2010, while BMW has been selling cars there for five decades already. Does the Mayan calendar now also indicate the definitive inception of the age of MINI in Guatemala? MINI models are in great demand there, from the classic three-door to the MINI Clubman and MINI Convertible, all the way to the MINI Coupé and MINI Roadster. The biggest slice of sales is currently accounted for by the MINI Countryman.
The MINI Countryman with optional ALL4 all-wheel drive is the ideal vehicle to negotiate the rugged route to the celebrations in Tikal. The sight of a MINI here is still a rare one as most visitors come by bus. But then in Guatemala the MINI era is just beginning.

Tikal is among Guatemala’s major tourist attractions. The heart of the ancient Mayan city covers some 16 square kilometres. More than 50,000 people lived there during the heyday of Mayan civilisation, which dates from the third to the ninth century. They left behind impressive evidence of an advanced culture, including pyramidal temples rising to a height of up to 47 metres, as well as artistically decorated houses and stone stelae with inscriptions bearing witness to the sophisticated mathematical and astronomical knowledge of the Maya. They were also responsible for the precisely calculated calendars that have long fired the imaginations of more than just the archaeologists.

Today Tikal ranks not only as the largest but also as the best-researched historical Mayan settlement. The complex in Petén Province, surrounded by dense rainforest, was declared a World Heritage Site in 1979 and enjoys protected status as a national park. Since the beginning of the year, preliminary ceremonies have been taking place on the 21st of each month to mark the imminent turning point in world history on 21 December. As for the doomsday atmosphere that was mainly generated by the Hollywood movie “2012” by German star director Roland Emmerich, there’s no sign of it here. On the contrary, representatives of Guatemala’s Mayan descendants interpret this historic date as the beginning of an age of harmony and equilibrium between man and nature.

Kyle Bronson stuffed a dirt late model engine in his Mini Cooper; Two sets of tires on the roof

NEXT POST
INDUSTRY: Ferrari Rents Out The Circuit Of The Americas (PHOTOS)

Filed Under: CARS Tagged With: BMW Industry Mayan Calendar Mini Cooper Mini Visits Home Of The Mayans The End Of The World