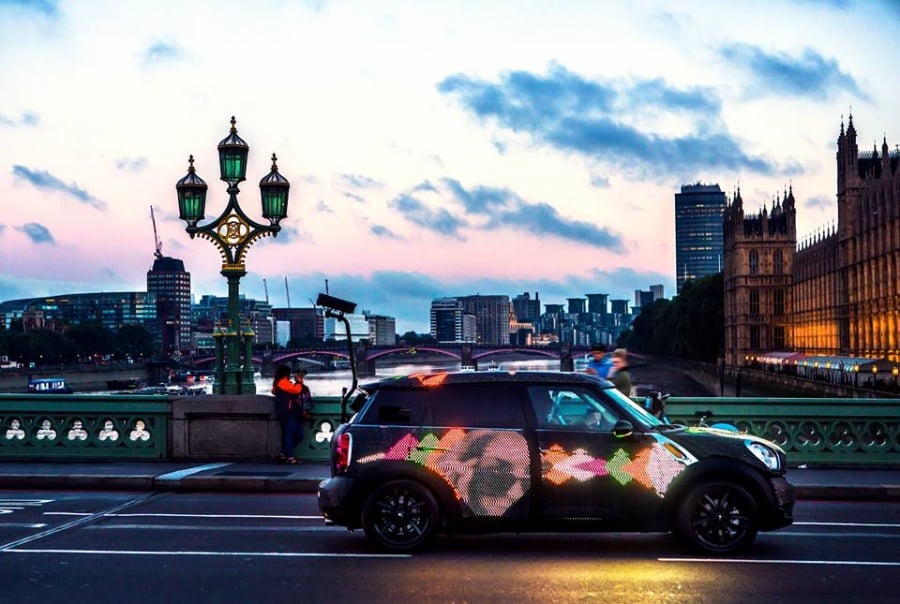 Anyone walking around London this week may come across a rather unusual sight: A Mini Art Beat Countryman car broadcasting tweets, Facebook posts and Vine videos from random people.

Mini has teamed up with creative agency KKLD to cover one of its cars with 48,000 LED bands, effectively turning the vehicle into a digital billboard on four wheels. Customers can submit Mini Art Beat posts from Twitter and Vine using the hashtag #MINIartbeat or from Facebook using Mini’s app, which may then appear on the car. If it’s featured, Mini will send a clip of the user’s post on the car as a souvenir.

The LED Mini Art Beat car is part of Mini’s Not Normal ad campaign and will continue to drive around London until August 19. Those who don’t live in the UK canwatch the car in real-time on the company’s Facebook page.

The Mini Art Beat stunt is reminiscent of a Mercedes promotion from last year in which the car company used a mat of LEDs to make a vehicle appear invisible.

NOT NORMAL is the mindset that has guided MINI for over 50 years. It keeps your foot on the gas and your spirit ablaze. NOT NORMAL doesn’t put art in a museum – it takes it to the street. Show us your style, pick your sound, and see your creation on the MINI ART BEAT car as it drives through London.

Kyle Bronson stuffed a dirt late model engine in his Mini Cooper; Two sets of tires on the roof