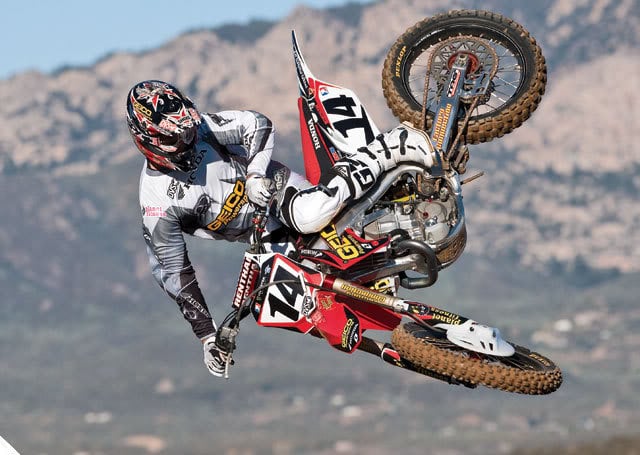 After a 17-year career competing at Monster Energy AMA Supercross, an FIM World Championship, Kevin Windham decided to hang up his boots Saturday night at Angel Stadium. A true iron man and legend in the sport, Windham racked up 207 starts and earned 18 Main Event wins, 75 podium finishes and went 14 seasons with a podium finish. With a career average finish of 5.8, Windham is third on the all-time consecutive start list with 100.

“The hardest part of all is to hang the boots up,” said Windham. “It has been such an amazing ride, and ever since the Houston supercross, where I took the big crash, it has been weighing on me hard. This is my opportunity to step away with my health. Today is the day that I step away. The GEICO Honda team has been amazing. It has been the most amazing ride, and I am so thankful for every opportunity that I have been given.”