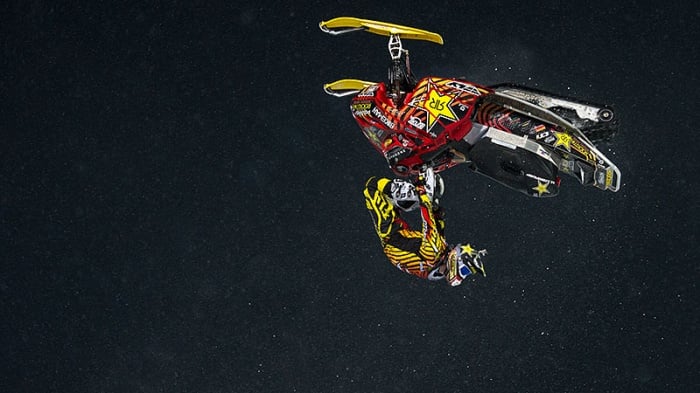 Snowmobiler Caleb Moore, who suffered serious injuries in a crash at the X Games on Thursday, remains in intensive care at a hospital in Grand Junction, Colo.

A publicist for Moore’s family said there was no change in his condition Monday. Sunday the family released a statement that said his cardiac injury led to a brain complication.

The Denver Post reported on its website Monday that Moore’s condition was serious, according to a family member at the hospital.

“Caleb is not doing good at all,” his grandfather Charles Moore told the Denver Post on Monday. “The prognosis is not good at all. It’s almost certain he’s not going to make it.”

Later Monday, Caleb Moore’s mother, Michele Moore posted on Facebook: “There may be some misinformation out there right now, from his mom, just let me say that Caleb is still critical but he is definitely fighting, it’s time for you prayer warriors to fight too. I appreciate each and every one of you. Tonite at 7:00(mt), 8:00 (ct) I ask you to join us as we lift up our voices to God in one accord. Who will join us?”

Moore, 25, crashed his snowmobile Thursday because he under-rotated on a back flip. The vehicle fell on him as he slid down the landing ramp. He was diagnosed with a concussion and taken to a hospital after walking off the course. He was later diagnosed with a heart contusion and had emergency surgery Friday.

His younger brother, Colten Moore, separated his pelvis in a crash during the same competition.

Danica Patrick: “I don’t really care what anybody thinks”