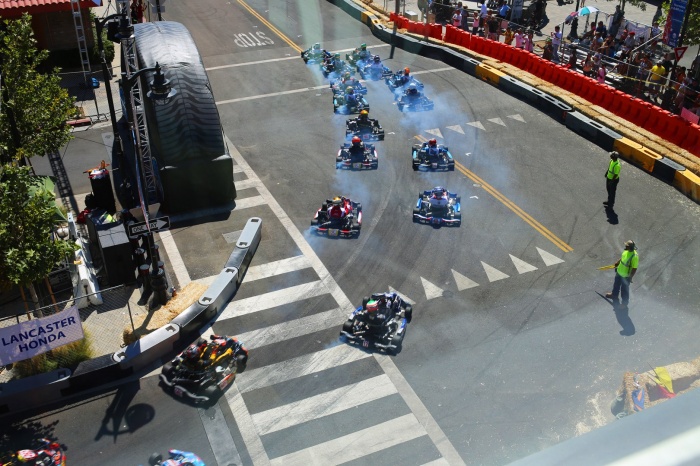 It’s been a roller coaster ride for John Shofner over the past year in the filming of the Become One Karting Documentary. The talented photog from Texas spent the majority of the past 12 months building support, shooting footage, and the daunting task of editing his documentary film on karting – Become One. During the Texas Lone Star Grand Prix earlier this month, Shofner presented the first premiere of the film to a large crowd of karting enthusiasts. Now, other facilities around the country are holding their own showings, while those who became the foundation – the 239 Kickstarter backers – are receiving their copies. The next step for the film’s evolution is bringing it to the masses.

“Things are moving so fast right now, but it’s a happy crazy time,” commented John Shofner of Shofner Films. “We’ve been working hard since the premiere at the Lone Star GP to set up the copies for our awesome Kickstater supporters. We created the Chill.com account so that they would be able to download their digital copies. Our goal was to keep this page under wraps, and not let it known to the public yet so we could ensure all the film’s supporters could get their copy first. That, however, did not happen as people began sharing the information on all the social media outlets. Just last night, we had 80 people purchase a package. So we want to carry on with that momentum and get it to the public. Again, I can’t thank all who donated to the Kickstarter to help make this film what it is, along with the many title sponsors.”

The Become One Karting Documentary is now available through four different packages for the public, through the website Chill.com. To purchase an instand stream or HD Download, it will be $14.99. A digital copy plus a signed Blu-Ray copy from Shofner himself, will cost you $40. The third package is $55, and includes a digital copy and full size movie poster. The final bundle is a digital copy, BluRay copy and the 27”x40” poster, all for $80.

This Sunday, the official Kickstarter screening will happen at the Pole Position Raceway in Frisco, Texas (click https://www.facebook.com/events/318007944989417/ for more information). To get your copy of the Become One documentary, head over to http://www.chill.com/ShofnerFilms/become-one today. Be sure to include your review on the movie in the EKN Forums.