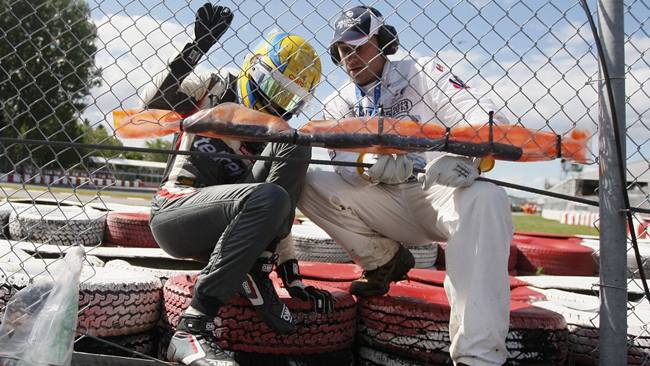 The FIA has announced that a Canadian Grand Prix death after the Montreal track on Sunday, a marshal has died following an incident during the F1 race.

The marshal was helping to retrieve Esteban Gutierrez’s crashed car following the race when he tripped while trying to retrieve a dropped radio and fell under the wheels of a mobile crane. The marshal could not be seen by the driver of the crane, and was run over, suffering serious injuries.

After being taken to the circuit’s medical center he was transferred by helicopter to the Sacre-Coeur hospital in Montreal for treatment in its traumatology department. However, despite all efforts to help him, the marshal succumbed to his injuries on Sunday night.

The unidentified man is the third marshal to have been killed since 2000:

At the Italian Grand Prix in 2000, Paolo Ghislimberti died after being struck by a wheel that flew over the barriers after an opening lap crash.

The following season at the 2001 Australian Grand Prix, Graham Beveridge was killed when he was struck by a wheel that had flown through a gap in the safety fencing in a collision between Jacques Villeneuve and Ralf Schumacher.

This article originally appeared in Autosport.com