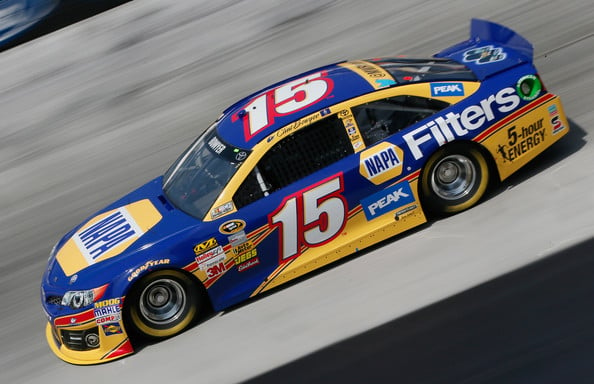 NAPA Auto Parts, which has been a sponsor of MWR since the team debuted, announced Thursday it would be ending its sponsorship of the team and driver Martin Truex Jr. at the end of the 2013 racing season.

“After thorough consideration, NAPA has made the difficult decision to end its sponsorship arrangement with Michael Waltrip Racing effective December 31, 2013,” the company said in a statement on its official Facebook page. “NAPA believes in fair play and does not condone actions such as those that led to the penalties assessed by NASCAR. We remain supportive of the millions of NASCAR fans and will evaluate our future position in motorsports.”

Michael Waltrip Racing was fined $300,000 and all three of its cars and drivers were docked 50 points after Clint Bowyer spun late in the race to give teammate Truex a final chance to race his way into the Chase. As well, MWR’s third driver Brian Vickers was penalized for pitting and giving up a position on the track to Truex. Now NAPA leaving MWR can be added to that list.

MWR General Manager Ty Norris, who also served as Vickers’ spotter, was indefinitely suspended from NASCAR and Truex was kicked out of the Chase as a result of the point penalty, which was assessed prior to the Chase points reset.

That allowed Ryan Newman, who was leading and in position to earn a wild card entry into the Chase when Bowyer spun, to be added to the Chase field two days after the race at Richmond.

NAPA Leaving MWR but despite this issued a statement that indicated they planned to remain a three-car team in 2014.

“Michael Waltrip Racing respects the decision NAPA announced today following the events at Richmond. There is no doubt, the story of Michael Waltrip Racing begins with NAPA Auto Parts, but there are many more chapters yet to be written. MWR has the infrastructure and support of Toyota for three teams plus three Chase-caliber, race-winning drivers. With the support of our corporate partners we are preparing to field three teams in 2014. MWR is a resilient organization capable of winning races and competing for the championship and that remains our sole focus.”

“NAPA has been with me from winning two Daytona 500s, to missing races with a new start-up team, and back to victory lane again. The relationship grew far past that of just a sponsor, but more of a partner and a friend. We will not be racing a NAPA car in 2014, but I have friendships that will last a lifetime,” Waltrip said. “To the fans and those who made their voice heard through social media, as the owner, I am responsible for all actions of MWR. I sincerely apologize for the role our team played and for the lines NASCAR has ruled were crossed by our actions at Richmond. NASCAR met with the competitors in Chicago and we all know how we are expected to race forward.”