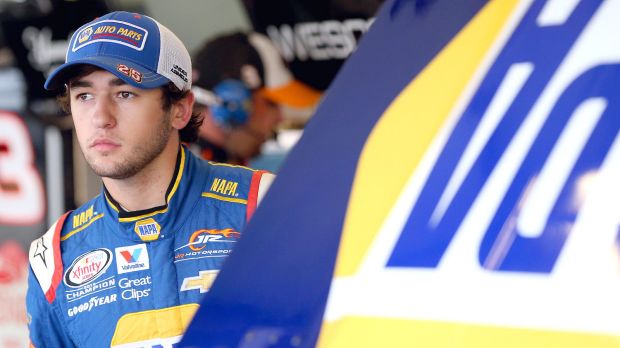 Elliott, 19, the defending NASCAR XFINITY Series champion and NASCAR’s youngest-ever national series champion, will pull the cover off the car he is set to pilot in 24 Sprint Cup races next season, including the Feb. 21 Daytona 500, live on FOX, as part of NAPA AUTO PARTS’ majority sponsorship of the rookie-of-the-year contender.

The Dawsonville, Georgia, native, who will sit down with co-hosts Adam Alexander and Danielle Trotta on the “Hub,” competed in five points-paying Sprint Cup events this season in addition to the Sprint Showdown prior to the Sprint All-Star Race to prepare for his first full series campaign with Hendrick Motorsports. He finished inside the top-18 in three of his five points races.

HendrickMotorsports.com will have full coverage of the 2016 No. 24 Chevy SS unveil on Monday.