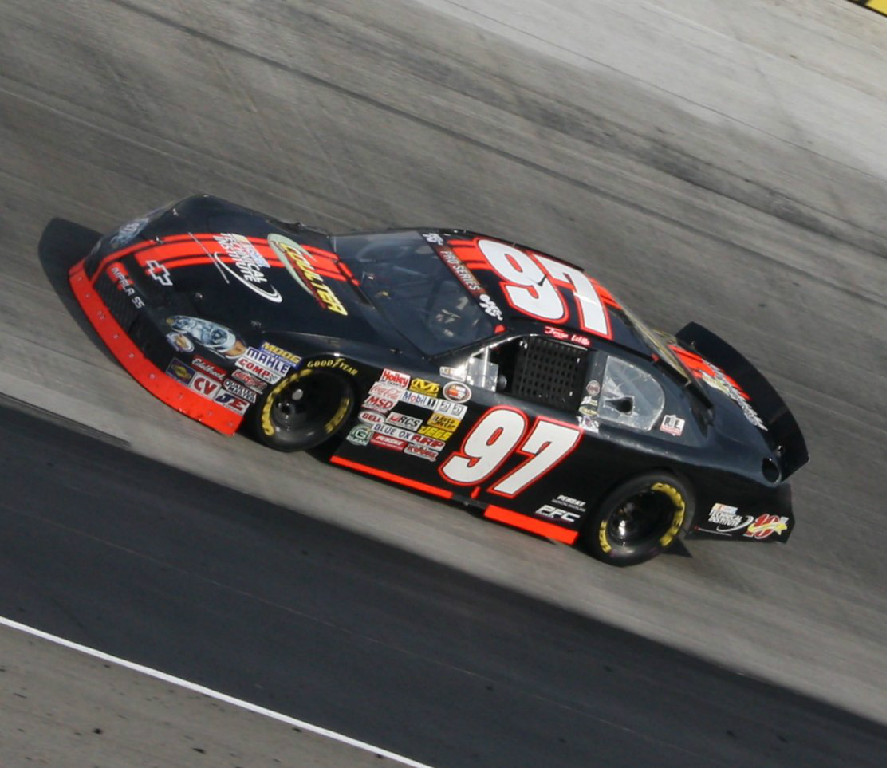 Closing the year out with top-10 finishes during the majority of the second-half of the season and securing the rookie title was a positive outcome to Little’s first career start at the famed Georgia road course.

“We had a great car in the early going then the transmission got stuck in gear but luckily it was something we could ride out for a finish that got us the Sunoco Rookie of the Year award,” Jesse Little said. “Our Coulter Motorsports team worked hard all year to get to this point and in the end we accomplished our goals of finishing in the top-10 in points and winning the (rookie) title.”

Teamwork has been the hallmark all season for the NASCAR Technical Institute team, Jesse Little added.

“We stuck together as a group after engine issues and racing incidents in the first six races had us 17th in the points, and we made a solid 2nd half season rally.   We have solid partners in Coulter Motorsports, PFC, Jeans Savers, Penske Racing Shocks, Hurst Motorsports, Racing Electronics, Analytic Vision and Southmark Properties that allow us to get to the track each race. I am so excited to have all of them on board as we came around at the checkers to win the Rookie of the Year award.”

While the East Series has concluded its season there is still plenty ahead in a few weeks for the junior at Bandys High School in Sherrills Ford, North Carolina.

“To be able to race at Phoenix in a few weeks will be incredible. The track means a lot to our family its very exciting we’ll be a part of running in the K&N Pro Series West season finale,” Little noted.

Fans can follow the progress of Jesse Little throughout the weekend by logging onto jesselittle.com and at hometracks.nascar.com

Fresh Faces Contend for 2017 Lucas Oil Rookie of the Year