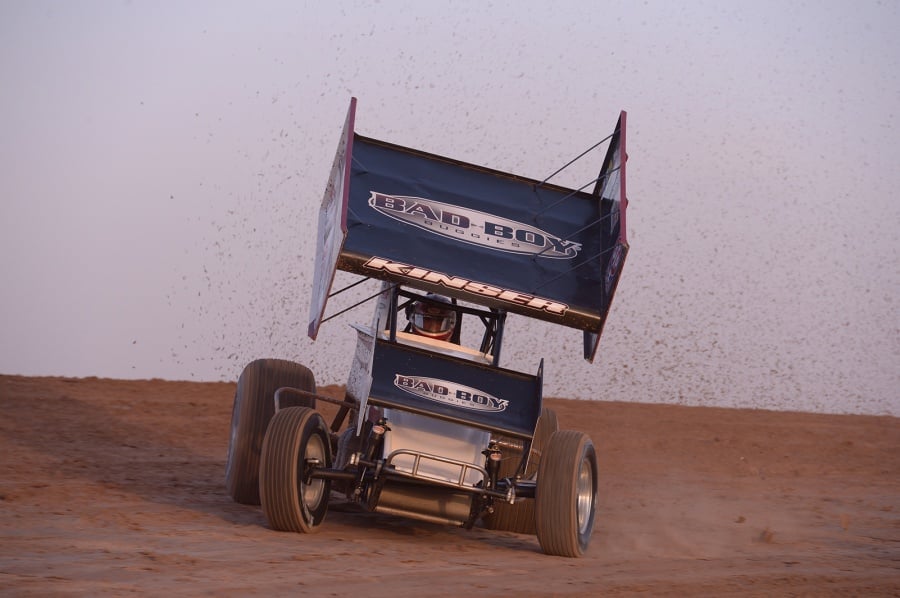 The King of the Outlaws, 20 time World of Outlaws champion Steve Kinser announces retirement as he is about to embark on his final full time season of racing in the United States.

Steve Kinser and son Kraig will be front and centre at Valvoline Raceway from Boxing night, December 26 through the Scott Darley classic on January 17-18 when the Bad Boy Buggies team will bid farewell to Australia.

“I haven’t thought much about it to tell you the truth, but I genuinely wanted to start the final season here in Sydney and finish it at Charlotte, North Carolina, in November,” Steve said today.

“My career is indelibly linked to Sydney and this will be the start of my lifetime tour to do my best on the racetrack and to say thank you to the fans that have been so loyal over the years,” he added.

Tony Stewart Racing will officially launch the final full year of competition under the World of Outlaws in Charlotte tomorrow.

Steve Kinser his son Kraig, wife Dana and daughter Stevie, her husband Mikey and daughter will make the trip to Sydney next week.

Mr the King will make his first appearance at Valvoline Raceway the night after Christmas with gun son Kraig in the second 11k Maxim, Dale Blaney and South Dakota’s Justin Henderson.