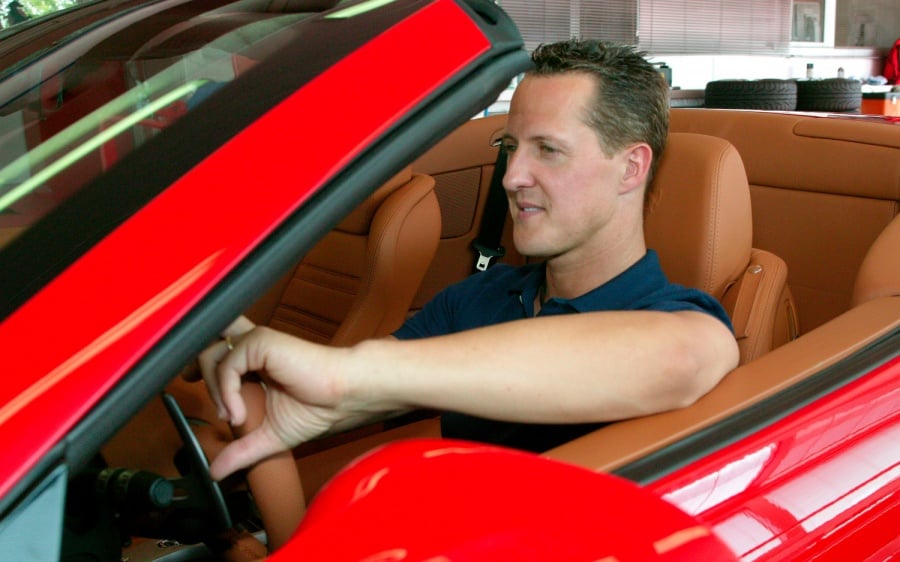 Fears are growing in Germany that stricken F1 legend Michael Schumacher Coma may last for the rest of his life.

German weekly news magazine Focus reported that ‘Schumacher could be in a coma forever’ after speaking with experts on his condition.

Bild newspaper also reported that his condition is so grave that there are currently no plans to wake him.

He has been in an artificially induced state of unconsciousness for 18 days now and the silence from his management and the medical teams treating him in Grenoble, France, lead many to fear the worst.

The coma means that oxygen to his brain is reduced, therefore it works less and is better placed to recover from the injuries sustained during a low-speed ski accident on December 29.

But Schumacher, 44, has not recovered anywhere near sufficiently to be awoken from his coma, leading to the speculation that he might be committed to it for the rest of his days.

Patients placed in such comas are usually brought out of them after one to two weeks.

‘There may have been complications’, said neurosurgeon Andreas Zieger of the University Clinic for neurosurgery in Oldenburg to Focus magazine.

‘We should not speculate here. Ultimately, we are talking about life and death. A coma can in theory be maintained for a lifetime. It won’t hurt the human brain.’

But side effects include anaesthetic increasingly stressing the liver, muscle breakdown and rises in intracranial pressure as a result of cerebrospinal fluid not circulating efficiently.

Professor Zieger added: ‘Brain injuries are among the most complicated injuries that can happen to the human body.

‘Predictions about how long a person might be in a coma or potential complications are seldom reliable.’

Cologne neurological expert Professor Gereon Fink fears that his long coma indicates serious damage in the brain and that his condition remains critical.

‘He assumes that Michael Schumacher’s health condition is apparently worse than hoped for,’ reported a news website.

‘If the injuries are so severe that it would harm the patient, he is kept longer in the medically induced coma,’ said professor Fink.

‘Depending on where bleeding has taken place can lead to unilateral paralysis, speech disorders or personality changes.’

Schumacher, whose wife Corinna and two children are maintaining a constant bedside vigil in France, has undergone two operations since the accident at the resort of Meribel and has undergone fresh scans this week.

German media said that the risk of brain haemorrhage remain high and why he is still classified as critically ill.

His catastrophic accident has already had a knock-on effect for some current racing drivers who, according to Bild newspaper, have now been issued with a list of off-track activities they are now banned from undertaking.

Bild says skiing, motocross and motorbike riding are out.

Red Bull, it reports, has banned driver Daniel Ricciardo from surfing in the sea off his hometown of Perth in Australia because of the danger of shark attacks.

Ferrari says it has issued no such directives to its drivers saying: ‘We trust our drivers to be able to decide what is dangerous and what is not.’

NASCAR says a ‘lifetime ban’ for person who hung noose; They have a list of people who were in the area