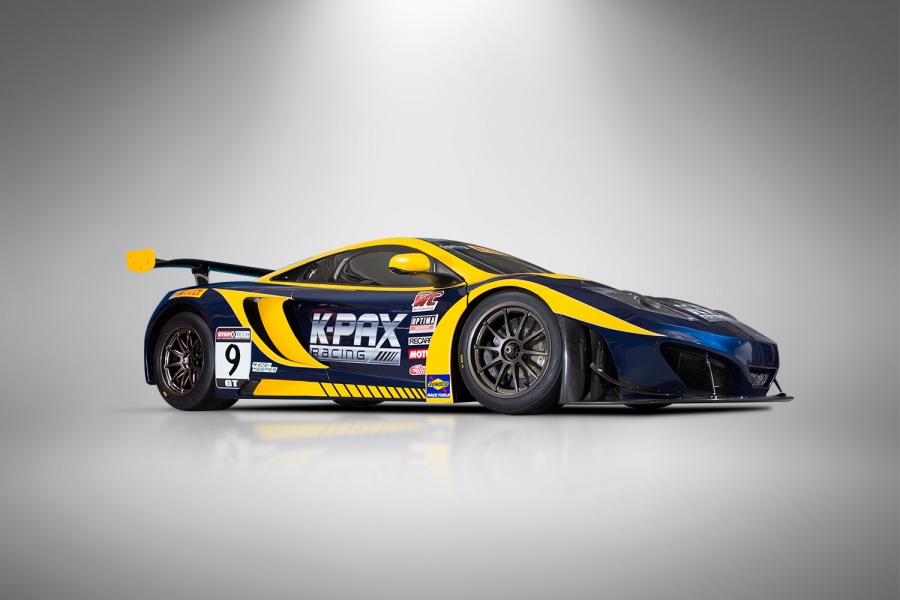 K-PAX Racing which recently conducted on-track testing in Portugal with full crew of McLaren GT engineers and tech staff, today revealed the new livery for its McLaren 12C GT3 that will compete in the 2014 Pirelli World Challenge.  K-PAX Racing and its freshly painted blue and gold machines enter the nine-event, 16-race series – which kicks off with the March 28-30 Firestone Grand Prix of St. Petersburg – led by Alex Figge (five K-PAX wins in three seasons) and team newcomer Robert Thorne.

“Ever since our 2007 debut in the World Challenge, we’ve run K-PAX Racing like a business.  We expect to go fast and we expect to look sharp – from our cars and pit crew to our tents and trailers,” says K-PAX team owner Jim Haughey, who is seeking his fourth series championship.  “Working closely this year with the McLaren team and being linked to their incredible racing heritage certainly reinforces this attitude.”

McLaren Racing has competed around the world since being formed in 1963, capturing Formula One and Can-Am championships, two Indy 500 wins and numerous sports car victories.  McLaren returns to North American sports car racing in 2014 – as part of the K-PAX Racing effort in the World Challenge – after a 30-year hiatus.

To follow the K-PAX Racing team during the 2014 sports car season, go to https://www.facebook.com/kpaxracingteam and https://twitter.com/KPAXracing