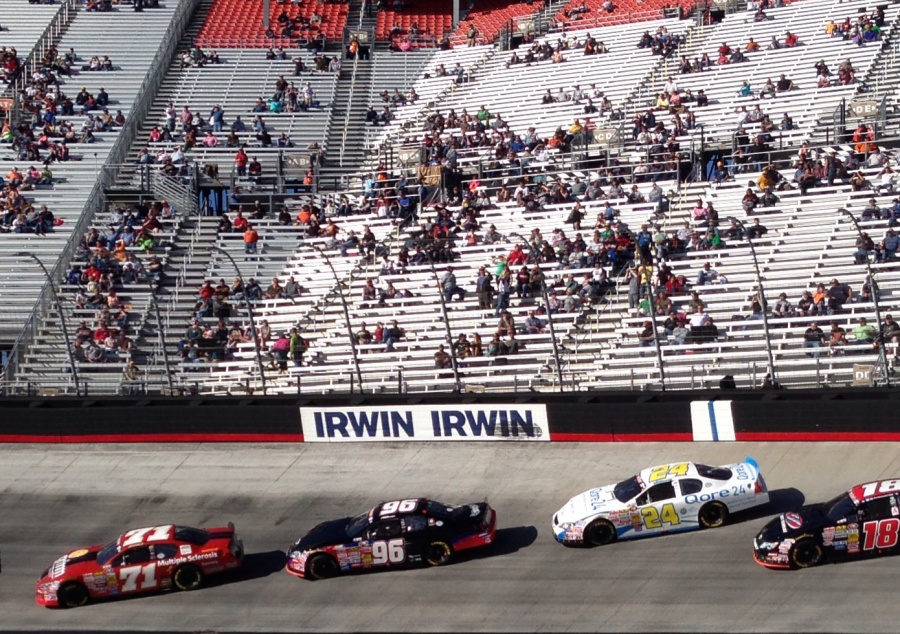 Kenzie Ruston was cruising to a top 10 finish at Bristol Motor Speedway on Saturday evening, when incidental contact with another competitor sent her hard into the wall. As a result of the accident, she finished 22nd. After Kenzie was evaluated and released from the infield medical center, she immediately went to victory lane to congratulate Pitt Lite 125 Winner Eddie MacDonald.

When asked about the incident, Ruston said “It was just a racing deal. We were both going for it at the end of the race. Coming off Turn 2, I think he got loose and made contact with my right side door. Once that happened I was just along for the ride. It was a really hard hit to the wall, thankfully my guys give me a safe race car every week. I’m thankful that Bristol Motor Speedway has SAFER barriers all the way around here.”

Ruston had to battle all day on the restarts, restarting from the inside lane each time. “The inside lane was horrible today, this track is such a momentum race track, and the preferred line is the top”, said Ruston. In spite of starting on the bottom every restart, Ruston was still on track to record her third straight top 10 of the season.

With Points leader Daniel Suarez and second place Lee Pulliam having problems earlier in the race, Ruston was on track to move to second in points only a few points out of first. Kenzie will head to Greenville Pickens Speedway seventh in the points, trailing points leader Gray Gaulding by 19 points.

Last season, Ruston set the record for the highest finishing female in a NASCAR K&N Pro Series East event with her third place run at Greenville Pickens Speedway. When asked about Greenville Pickens, Kenzie said: “As disappointed as I am in the way this race ended, I am still excited to go run in the Kevin Whittaker 150. That’s a great race, and I know we are going to have a strong car.”