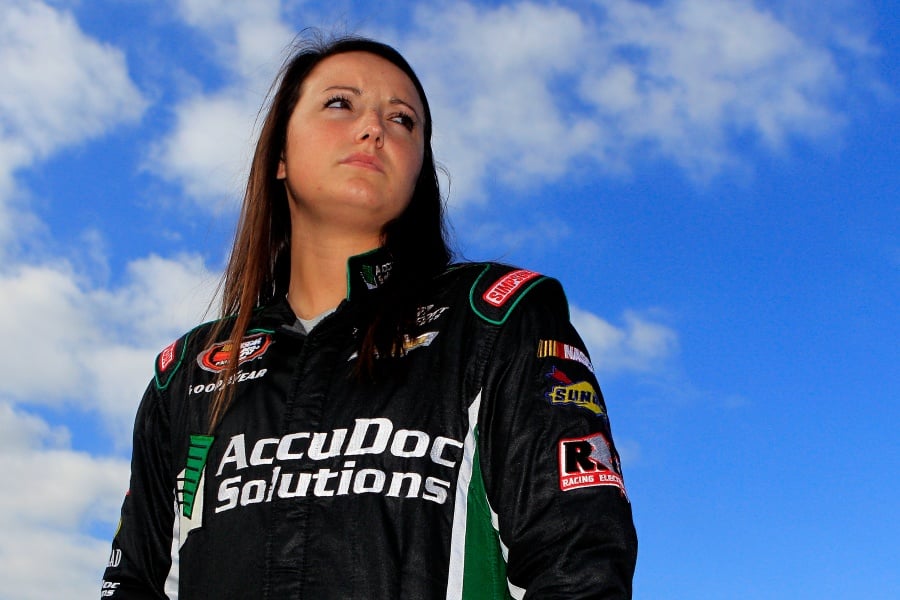 Daytona Beach, Fla. (Dec 19, 2014) Already a driver on the move, Kenzie Ruston has a racing career that is ready to pick up even more speed in the K&N Pro Series.

Fresh from a strong rookie campaign in the NASCAR K&N East Pro Series, the 22-year old Oklahoma native will set her sights on a big sophomore season effort after being signed by Ben Kennedy Racing to return to the series for the 2014 season.

Kenzie Ruston twice earned the Sunoco Rookie of the Race honors on her way to sixth in the 2013 NASCAR K&N East Pro Series (NKNEPS) driver championship, and will look to put the lessons learned in her rookie year to good use as she joins Ben Kennedy Racing to drive the No. 96 Chevrolet for the Daytona Beach, Florida-based team.

“Racing against them last year, I saw first-hand how strong Ben Kennedy Racing is so I am very excited about having the opportunity to compete with them next season,” said Kenzie Ruston , who was the first female member to be named to the NASCAR Next program.

“The guys on the team have been together for a while, and you can tell that they mesh together really well. I’m looking forward to getting to know everyone and I’m just eager to get to work with them. I am a hands-on person and I like being in the shop and learning as much as I can about the car, so I know I will be making a lot of trips to Daytona Beach this season!”

A limited schedule of 2013 NASCAR Camping World Truck Series (NCWTS) race outings netted Ben Kennedy a best finish of fourth at Martinsville Speedway in just his fourth start. Those promising performances earned the youngster a nod for a full-season opportunity with Turner Scott Motorsports for the 2014 NCWTS season, opening a new opportunity for Ruston.

While Kennedy will no longer drive for the team that bears his name, the announcement marks a new role outside of the car for Kennedy, who is working to complete his degree in Sports Management at the University of Florida.

“I’m very excited for the entire Ben Kennedy Racing team to be able to have someone like Kenzie joining us as our driver next year,” said Team Principal Ben Kennedy. “I’ve known Kenzie Ruston for several years now, and having raced against her, I know what she is capable of on the track. This is a very good group and everyone is looking forward to a big season with her.”

Ben Kennedy Racing was originally formed to support the career of Kennedy as he made the transition from short track champion into a race-winning NASCAR K&N Pro Series driver. The team has quickly become a top-flight organization, with a roster of highly experienced team members all looking to continue that level of success with kenzie Ruston next year.

“I grew up racing late models against Ben, so to get the chance to drive for his team is pretty exciting,” said Kenzie Ruston . “Coming back to the K&N Series for a second season, I’m really looking forward to getting the chance to race on tracks that I have experience on now. Last year, there were a lot of times that we would start practice for the weekend was the first time I was seeing the tracks. So I am excited for the whole situation, knowing the tracks, joining a good team, and getting to go race on some places that I fell in love with last year, I just can’t wait.”

The Kenzie Ruston 2014 NASCAR K&N East Pro Series will launch on February 16 at New Smyrna Speedway, with the final round of the championship set to be staged at Dover International Speedway on September 26.

Ben Kennedy is interested in pursuing the NASCAR CEO position