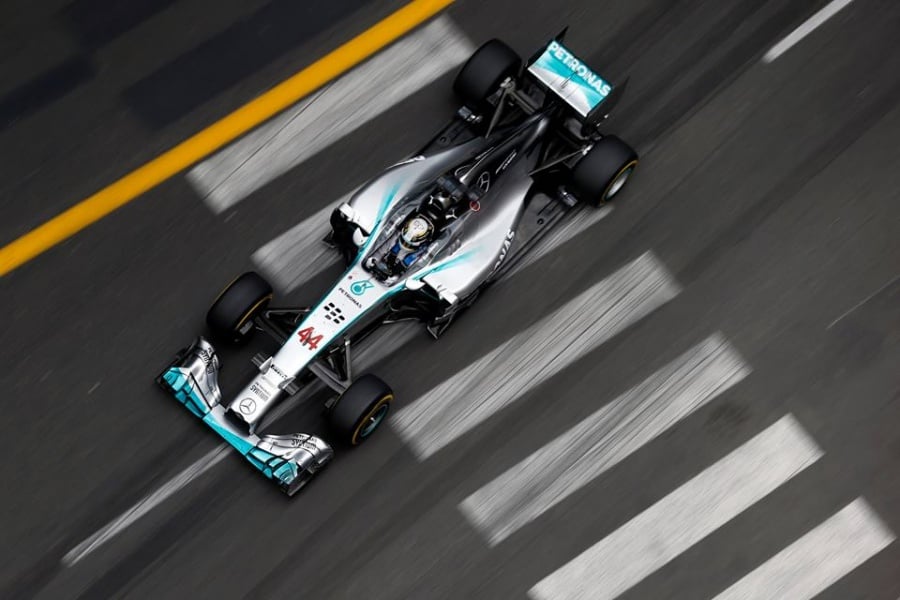 Rosberg drove off the racing line with just under a minute remaining in the session. Pushing through the run off under breaking. However, this caused a yellow in that same section.

This error by Nico Rosberg forced everyone to slow as they drove past. Perhaps, an error that worked in his favor. This included teammate Lewis Hamilton who went fastest in section 1 just before that and looked to be on his way to a pole.

The Mercedes teammates Lewis Hamilton and Nico Rosberg have been sharing opinions about each other via press interviews for the past several weeks. Today, that battle again continued on the track. The two led Q3 start to finish, separated by just tenths.

The story of qualifying was Daniel Kvyat who spun out of the tunnel in season one. He hit the wall, ripped the nose off but drove back to the pits. The Red Bull Racing Jr team repaired the car and he returned to the track making it through to session 2, then again to session 3. Saving his weekend by a matter of seconds.

Felipe Massa was taken out in Q1 due to a narrow Monaco Grand Prix track.