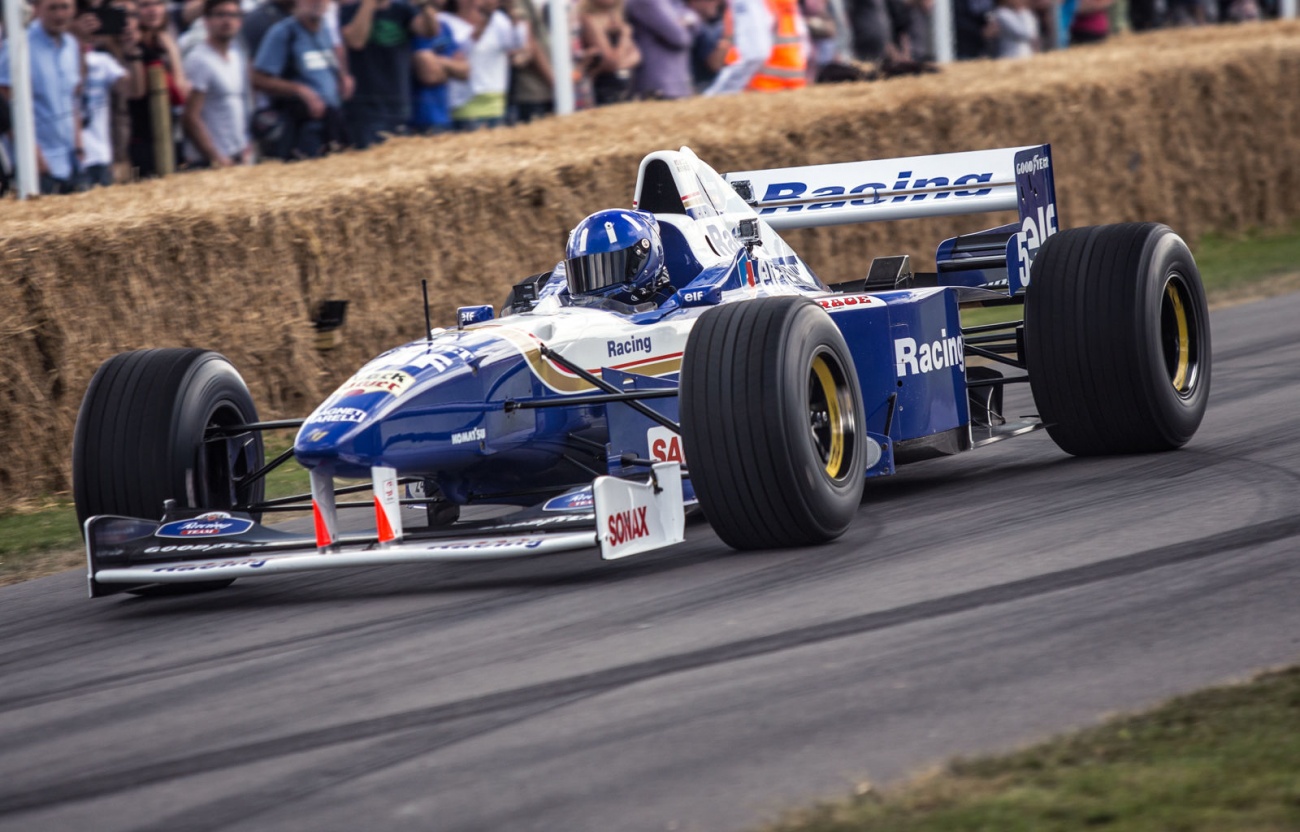 Scroll below to see the video of Damon Hill reuniting with the Williams FW18 car. There you will also find additional Williams FW18 images from the Goodwood Festival of Speed event.

A British F1 world champion winning in a British car… it’s always going to be a special: Graham Hill in a BRM, Jim Clark in a Lotus, James Hunt in a McLaren, to name a few. All in attendance at the Goodwood Festival of Speed.

And Damon Hill in his Williams. A championship made all the more memorable by Murray Walker’s emotional commentary as Hill crossed the line in the closing round in Japan to take the 1996 title.

Wonderful memories were brought back to the fore today as Hill was reunited with his FW18 on the Goodwood hillclimb. Catch the action on video to relive the moment…

Williams retained Damon Hill for 1996, who helped to develop the FW18, and the car seemed to respond well to his smooth driving style, while his new teammate, Formula One rookie Jacques Villeneuve, also quickly adapted to the FW18. The car was extremely reliable, as FW18s completed 1778 laps of a possible 2028, more than any other car that season. The car responded well to set-up changes and was competitive on all types of circuits, with at least one Williams driver, excluding Monaco and Italian Grand Prix, on the podium.

The FW18’s dominance was also due in part to the recent personnel changes at rival teams.Benetton (running the B196s of Gerhard Berger and Jean Alesi for 1996), which had previously bested Williams in the past two seasons, had lost Michael Schumacher and several key technical people to Ferrari. However, Ferrari’s F310s that Schumacher and Eddie Irvine had at their disposal were unreliable and it would not be until 1997 that they could challenge for the Constructor’s title.