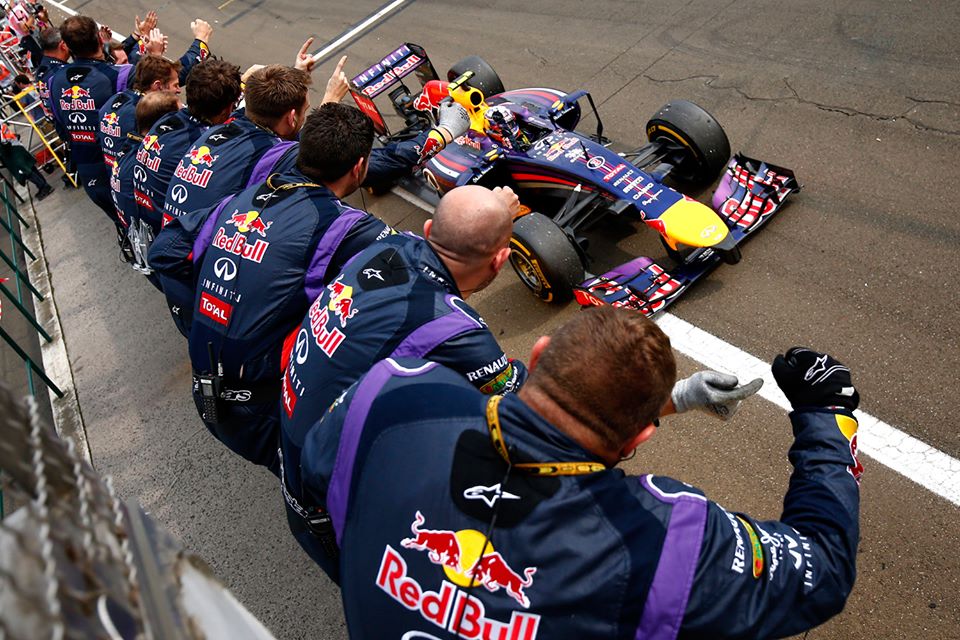 Daniel Ricciardo sneaks to the lead of the Hungarian Grand Prix Results 2014 sheets. Lewis Hamilton looked to be in a golden seat ready to steal the win. Fernando Alonso holds off Hamilton and Mercedes for 2nd.

It was a thrilling race today in the Hungarian Grand Prix. The Mercedes of Lewis Hamilton caught fire in qualifying yesterday. This forced the team to start dead last from the pit lane. He then spun in turn 2 on the first lap.

Early in the race the rain fell. A mix of strategy brought Hamilton into the top 10.

30 laps to go, Lewis Hamilton was on the harder tire and had a plan set to go to the end. Red Bull Racing driver Daniel Ricciardo pitted laps later for a softer tire. Ferrari driver Fernando Alonso was on the softer tire but stayed out in the lead, skipping a pit stop.

Lewis Hamilton held off Ricciardo for many laps but he finally snuck by. He then moved passed the Ferrari and jumped to a 5.2 second lead.

The battle was for 2nd. Nico Rosberg pitted toward the end of the race. He closed 3 seconds a lap to Lewis Hamilton. However, he came just short, finishing 4th.