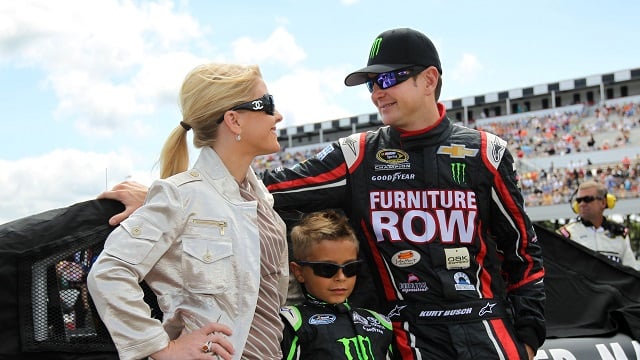 “This is an allegation Stewart-Haas Racing takes very seriously, but we’re still gathering all of the facts and are not in a position to comment in greater detail,” said SHR spokesman Mike Arning.”

Kurt Busch is known as “The Outlaw” in the NASCAR world. Worth mentioning.

NASCAR issued its own statement saying, “NASCAR is aware of the investigation involving driver Kurt Busch. We recognize the seriousness of this matter and are actively gathering information from all parties, including law enforcement authorities and Stewart-Haas Racing. It would be inappropriate for NASCAR to comment further on this matter until we have more information.”

“I want to, first and foremost, express the direct support from the Board of Directors of the Armed Forces Foundation to Ms. Driscoll,” said Pat LaFrieda, AFF Chairman of the Board, in a statement issued Friday. “For more than a decade, Patricia Driscoll has been a tireless worker and advocate for our nation’s service members, veterans, and military families. The Foundation will continue working to support service members, veterans, and military families and we ask that Ms. Driscoll’s privacy be respected.

Given the serious nature of the allegations, the Foundation has suspended its association with Mr. Busch.”