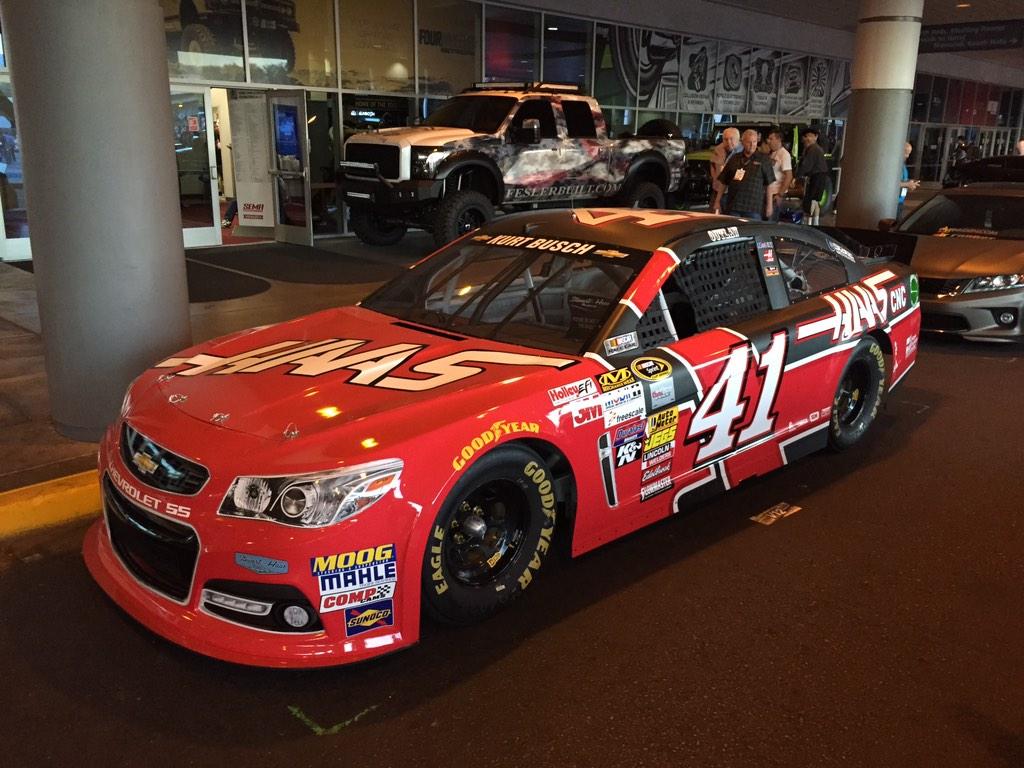 DAYTONA BEACH, Fla. — Kurt Busch suspended by NASCAR indefinitely Friday in the wake of a Delaware family court’s findings that “by a preponderance of the evidence” the 36-year-old driver “committed an act of domestic violence” against former girlfriend Patricia Driscoll on Sept. 24, 2014.

NASCAR announced that Busch’s punishment was for a behavioral penalty and “actions detrimental to stock car racing following the release today of a supplemental disposition setting forth the findings and conclusions that formed the basis for the Family Court of the State of Delaware’s decision on Monday to issue an Order of Protection from Abuse against him.”

The decision leaves the former Sprint Cup Series champion on the sidelines for stock-car racing’s most prestigious race, Sunday’s Daytona 500 at Daytona International Speedway. A replacement driver has yet to be named for the Stewart-Haas Racing No. 41 Chevrolet, which was scheduled to start 24th Sunday.

NASCAR added that Busch “will not be allowed to race or participate in any NASCAR activities until further notice.

“Kurt Busch and his Stewart-Haas Racing team are fully aware of our position and why this decision was made. We will continue to respect the process and the timetable of the authorities involved.”

While meeting with the media Friday at Daytona International Speedway, NASCAR Executive Vice President and Chief Racing Development Officer Steve O’Donnell said Busch could appeal the ruling. If he does, NASCAR will expedite the appeals process, O’Donnell said.

Stewart-Haas Racing Executive Vice President Joe Custer spoke after Kurt Busch suspended by NASCAR today. He said via a team statement, “We understand NASCAR’s position regarding Kurt Busch and accept their decision. We are in the midst of finalizing our plans for the Daytona 500 and we will announce those details as soon as we’re ready.”

Also Friday, Jim Campbell, Chevrolet vice president of Motorsports and Performance Vehicles, issued the following statement: “Chevrolet has suspended its relationship with Kurt Busch indefinitely. We will continue to monitor the events surrounding Mr. Busch and are prepared to take additional action if necessary.”

NASCAR’s ruling comes on the heels of conclusions, released Friday, from Kent County (Del.) Commissioner David Jones that found Driscoll’s version of what happened inside Busch’s motorcoach that evening at Dover International Speedway was more believable than Busch’s, saying that his “version of the events is implausible, does not make sense and is unlikely to be true given the totality of the other evidence admitted at trial.”

According to the civil disposition report, Jones said he believed Busch committed an act of abuse against Driscoll “by manually strangling her by placing his left hand on her throat, while placing his right hand on her chin and face and smashing her head into the wall of his motor home, thereby recklessly placing (Driscoll) in reasonable fear of physical injury.”

Jones granted Driscoll a protective order Monday. Busch requested that the case be re-opened, but no ruling has been made. The terms of Jones’ conclusion also require Busch “to be evaluated by a licensed mental health professional” and to complete any prescribed plan of treatment.

The Dover (Del.) Police Department completed its investigation of the alleged assault on Jan. 6, putting the case in the hands of the county’s attorney general’s office, which has not decided whether or not Busch will face criminal charges.

Friday’s announcement marked the third time that Busch — a 25-time winner and the 2004 champion in NASCAR’s top division — has been forced to miss races in the Sprint Cup Series for disciplinary reasons.

In 2005, Roush Fenway Racing severed ties to Busch with two races left in the season after he was cited for reckless driving and became belligerent with Maricopa County (Ariz.) sheriff’s deputies during a traffic stop near Phoenix International Raceway, according to police reports. In 2012, NASCAR suspended Busch for one race for “verbal abuse of a media member” during a post-race interview at Dover.

Before Friday’s decision, both Stewart-Haas Racing and NASCAR had declined to discipline Busch, with each opting to let the legal process play out. When news of the investigation broke last November while the series was racing at Phoenix, Busch declined comment and SHR spokespersons referred reporters to Busch’s attorney, Rusty Hardin. Team co-owner Gene Haas said in the Phoenix garage that he would not remove Busch as driver of the No. 41 Chevy “until someone else pulls him out.”

In offseason interviews, Busch said he had no timetable for how long the legal process would take. Last January at the Charlotte Motor Speedway Media Tour, Busch maintained that his testimony was accurate.

“It’s a matter of knowing that the truth has been told and we’ll see how things unfold,” Busch said Jan. 27. “The process, we have to wait on what their decision’s going to be.”

NASCAR Chairman and CEO Brian France said during his season-ending “State of the Sport” address last November that the sanctioning body would react once concrete details in the legal process were complete.

“What’s not lost on us by any stretch is the rightful heightened awareness on domestic abuse and violence, and so you can expect our policies to reflect the understandable awareness that that’s not going to be tolerated,” France said before the season-ending race at Homestead-Miami Speedway. “The past of how any league might have handled some of this is one thing. It’s pretty clear when you see what’s happening around the country and in some of the other leagues that our policy will reflect the significance and importance that it should.”