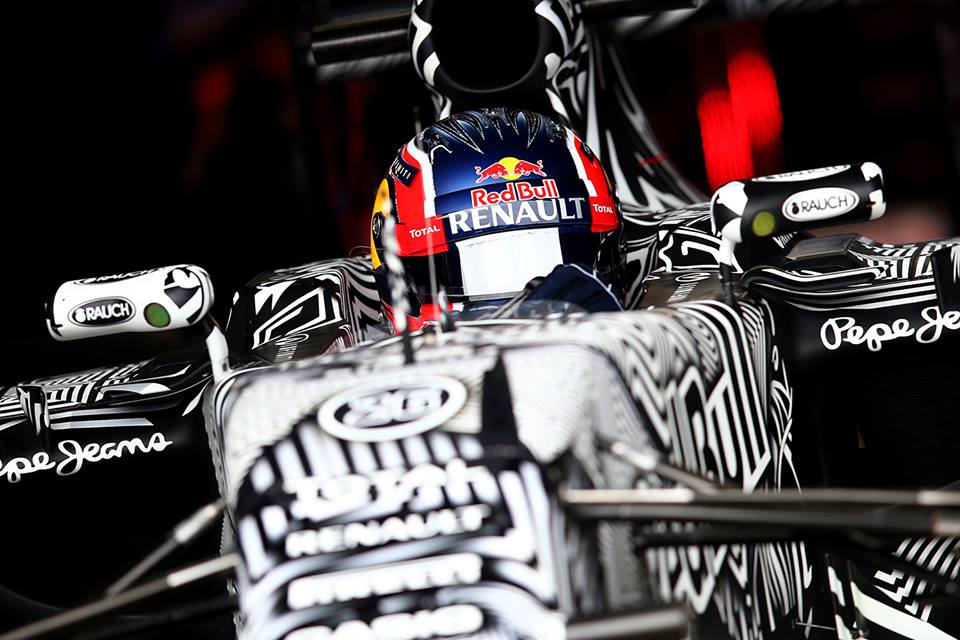 After one of the shortest turnarounds in the team’s history the cover at last came off the Red Bull Racing 2015 car labeled the RB11 this morning to reveal a new testing livery as the new car began pre-season testing at the Circuito de Jerez in Spain.

“I’m really looking forward to getting behind the wheel,” said a beaming Daniel Ricciardo ahead of the reveal. “You never know until you drop it on the track but I hope it’s a bit of a beast.”

After a 2014 season of seismic change in F1 technical regulations the rule book has been left largely intact for this season and the RB11 builds on the strong development work conducted by the team last year as it took the RB10 from a difficult start to an eventual second place in the Constructors’ Championship.

“It’s been an organized winter,” said Team Principal Christian Horner. “We’re pushing to the limit as usual. We have been on a very tight timescale for the car to be prepared in time for the first test, but that’s normal in this team. If you’re not on the limit you’re not trying hard enough.”

Chief Technical Officer Adrian Newey added: “[The design of the RB11] has been very much about understanding what we learned from last season, which was a big regulations change as far the power unit is concerned and the packaging that goes with that and setting about optimizing the car from those lessons.”

At a glance, the shape of the RB11 may appear little different to it predecessor, with only tough new regulations governing nose dimensions visually differentiating it from the RB10, but according to Chief Engineering Officer Rob Marshall, it’s beneath its black and white surface that the upgrades have been wrought.

“There are some changes that affect the shape of the front of the car but beyond that most of the changes are under the skin,” he explained. “We’ve identified the areas where we can make improvements and we’ve worked hard on these. There won’t be a lot that’s visible to the naked eye bit a lot of hard work has gone into the bits that are hidden.”

A large part of that work has involved a slew of improvements to Renault’s Energy F1 power unit, updates that have been made in closer collaboration with the team.

“The relationship with Renault is a lot closer now,” said Christian of the team’s technical ties with the French manufacturer. “Red Bull is the only partner for Renault now, with ourselves and Toro Rosso, and that focus from Renault together with a close involvement with our design team is yielding good results and a far closer integration between the power unit and the chassis side. Working in unison with Renault we can really make some steps forward this year.”

The real dividends of the closer collaboration and Renault’s efforts will take some time to reveal themselves, according to Newey.

“We have been working very hard with our partners Renault to help them develop the engine,” he said. “I think it’s fair it was our biggest Achilles heel last year and it’s something Renault are acutely aware of and something they have been working hard on.

“What we have to remember is that the internal combustion engine and its very complicated associated items – the ERS and turbocharger – are long lead time items. Those are things where if one teams takes an advantage then it takes time to overthrow that or get back on a par with or hopefully ahead.”